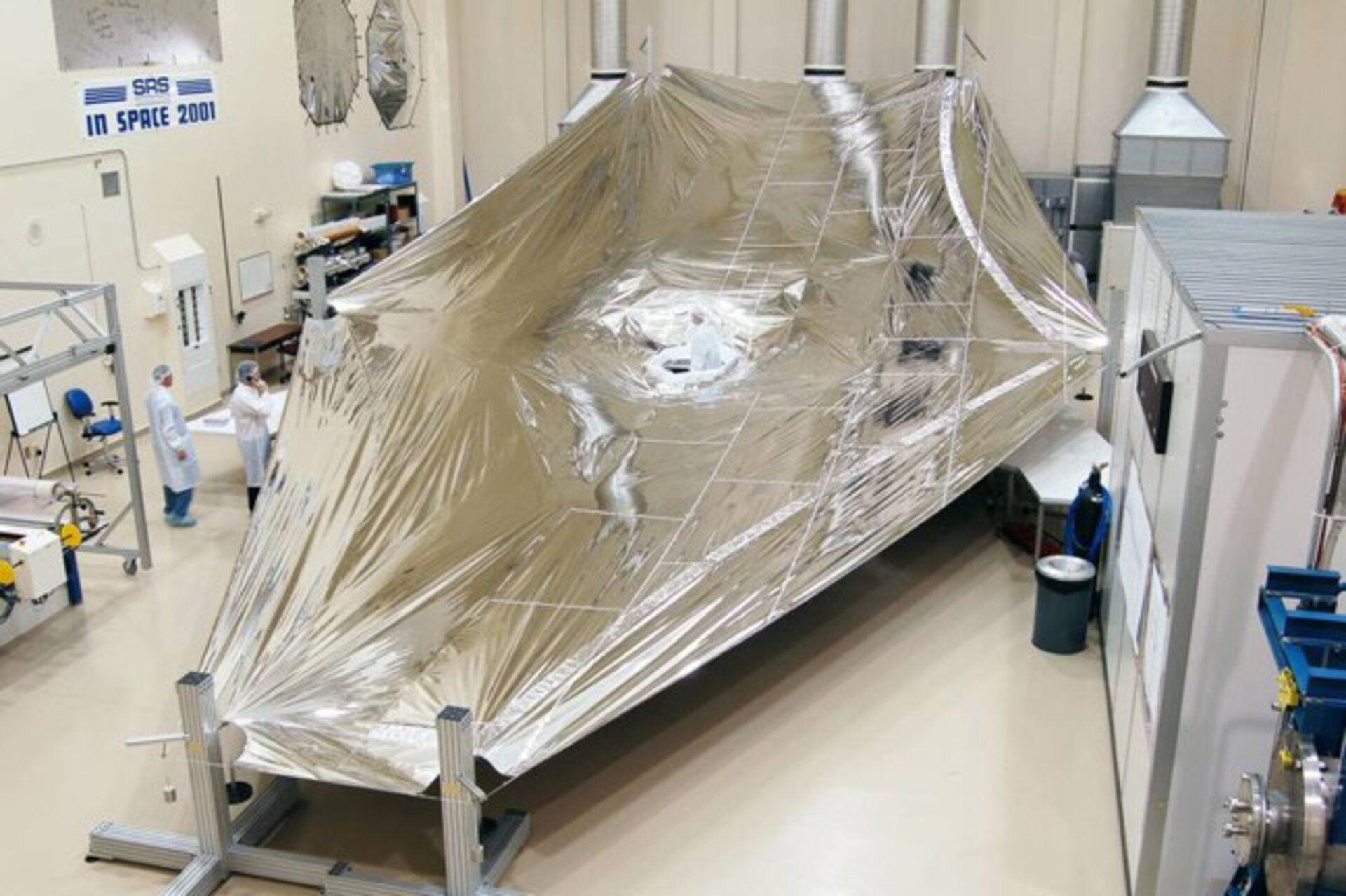 Imagine sunglasses that can withstand the severe cold and heat of space, a barrage of radiation and high-speed impacts from small space debris. They don't exist, but the sunshield for the James Webb Space Telescope, JWST, has been designed for just that.

The sunshield blocks heat from the Sun so the spacecraft’s cameras and instruments can operate properly a million kilometres from Earth.

Any satellite that flies in the depths of space has to be able to withstand the rigors of space, from the icy cold to the intense heat and radiation of a solar flare. Temperatures in space can range from a hot 400 K (127°C) to a frigid 30 K (-243°C). In addition, the telescope's sunshield will be bombarded with tiny meteorites (sand-like grains) and radiation in space, so it has to be tough. It has to stand up against those things, as well as tension and aging under the extreme space environments.

Blocking light and heat from the Sun will keep the observatory operating at cryogenic (cold) temperatures, enabling its infrared sensors to see distant galaxies, early stars, and planetary systems. This is important because infrared sensors actually measure the heat given off by far-away galaxies and stars. Shaded and protected from the Sun, the sunshield allows the telescope to cool down to a nice and chilly 40 K (-233°C). Any warmer than that and the heat given off from the telescope would corrupt the data.

With this sunshield, JWST has a sunscreen of Sun protection factor 1.2 million on its ‘skin’.

The James Webb Space Telescope is a joint project of NASA, ESA and the Canadian Space Agency, scheduled for launch in 2013.