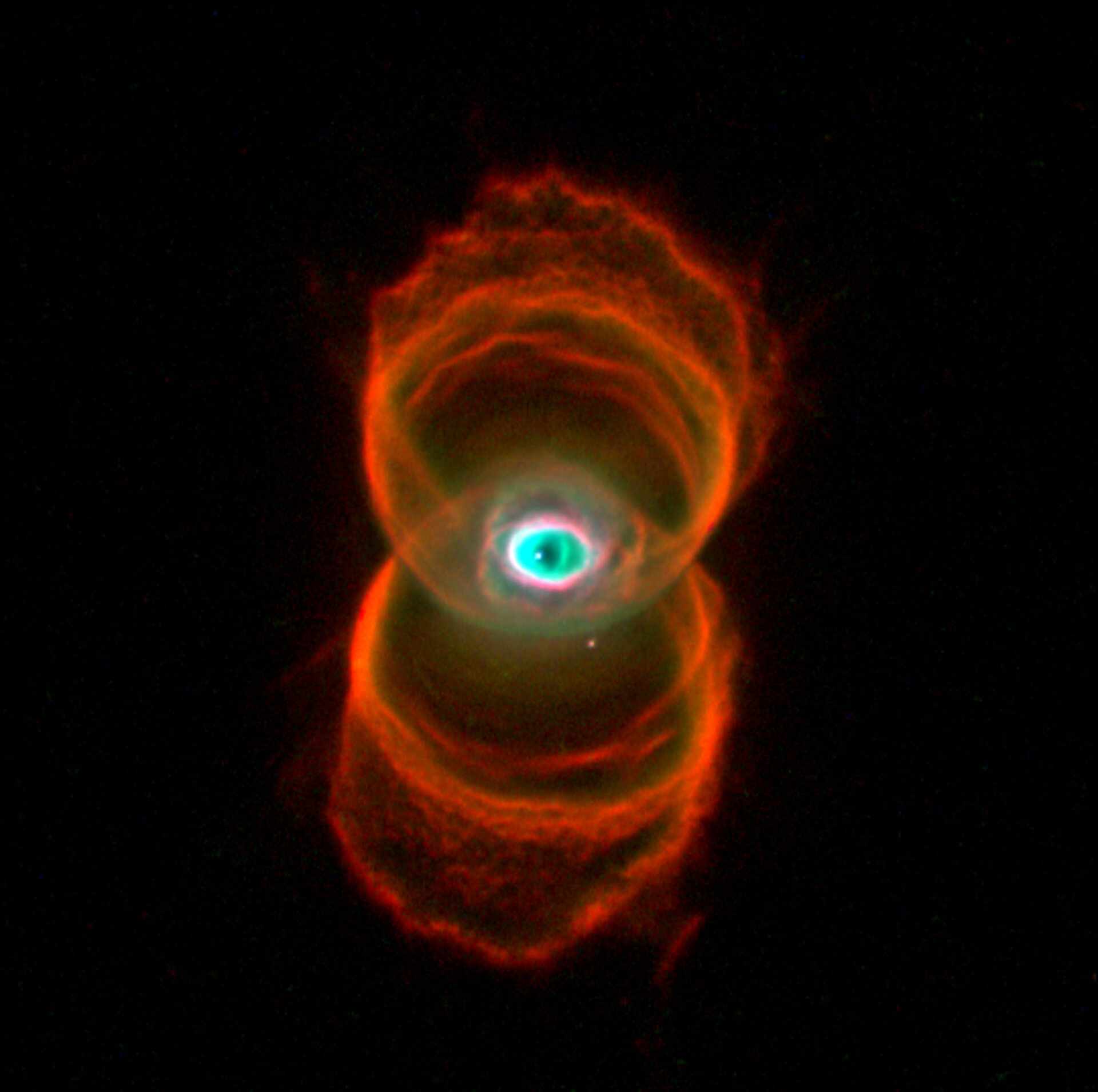 The Hourglass Nebula is a tenuous cloud of gas formed by a Sun-like star undergoing 'death tremors' at the end of its life. The star had difficulty in getting enough fuel to keep up its nuclear furnace, and has now shed off some of its surface material in two directions.

About 10 thousand million years after they are born, stars like the Sun become cooler, larger, and redder, becoming what are known as 'red giant' stars. As red giants age, they eventually cast off the outer layers of their surfaces. Ultraviolet light from the remaining stellar cores makes the surrounding material glow, producing what are known as 'planetary' nebulae, like the Hourglass Nebula, MyCn-18.

This nebula is some 8000 light-years away and was photographed by the joint NASA-ESA Hubble Space Telescope. It has a unique ring formation which has long baffled astronomers. However, a close examination reveals several forces at work to create this beautiful cosmic object.

At the centre is a dense stellar object, which emits a high-energy solar wind and has a massive heavy-element core responsible for an extreme magnetic field. The flattened rings are caused by particles being trapped in complex magnetic fields and emitting light as their energy levels shift from an elevated to a static state.