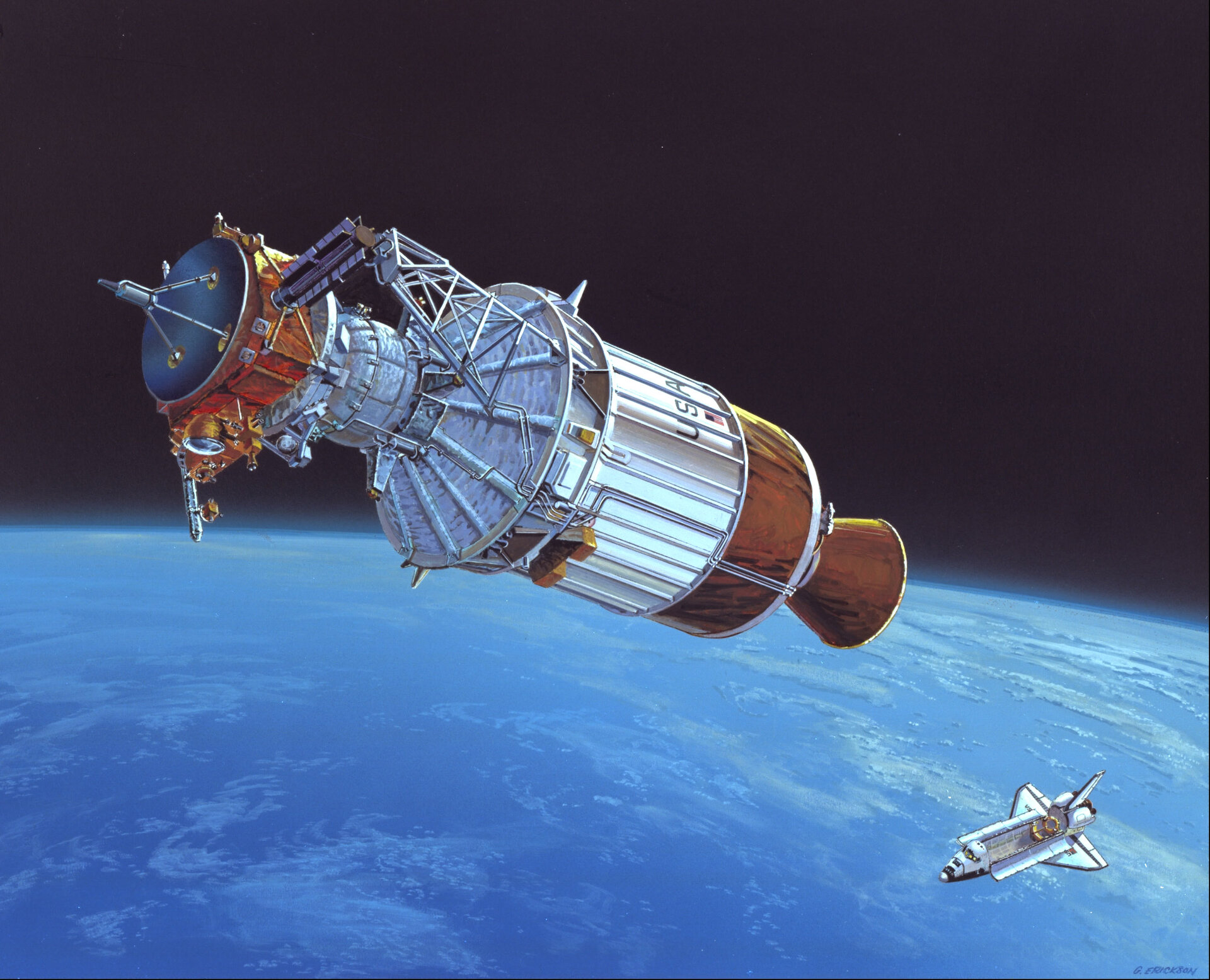 Fifteen years after its launch, the grand ESA/NASA Ulysses space mission is still going strong, orbiting the Sun and continuing to tell exciting stories about our nearest star.

Carried into space on 6 October 1990 by the Space Shuttle Discovery, the European-built Ulysses spacecraft has already travelled an amazing seven thousand million kilometres.

During this voyage of exploration, Ulysses has literally opened new windows on the heliosphere, that vast region of space carved out by the Sun, which expands well beyond the limits of the Solar System itself.

Pacing itself over six-year long orbits, Ulysses is the first spacecraft to be placed in a polar orbit around the Sun.

From this unique ‘out-of-the-ecliptic’ vantage point, covering all solar latitudes, Ulysses is studying in situ previously unexplored regions of space, such as those above the Sun’s poles.

Ulysses carries a set of sophisticated scientific instruments, several of which are of a type that had never flown in space before.

These have enabled scientists to make many ground-breaking discoveries, some in areas that were not even imagined when this visionary solar mission was first planned in the 1970s.

Ulysses is providing the first four-dimensional survey (three spatial dimensions and time) of the ‘solar wind’, the constant flow of charged particles ejected by the Sun and filling the whole of space around us.

Thanks to these data, scientists could not only deduce unique information about the source of the solar wind, but also they could learn about the Solar System environment itself.

For example, Ulysses is providing new and exciting insights into phenomena such as the way the Sun’s magnetic field reverses polarity. It is exploring the nature of cosmic rays, the boundary of the heliosphere and the interstellar medium, and even the constraints on fundamental cosmological concepts like the evolution of matter in the Universe.

In February 2004, ESA’s Science Programme Committee approved the Ulysses mission extension until March 2008. With this, Ulysses will be the only mission to observe the heliosphere in three dimensions over a large fraction of the Sun’s 22-year magnetic cycle.