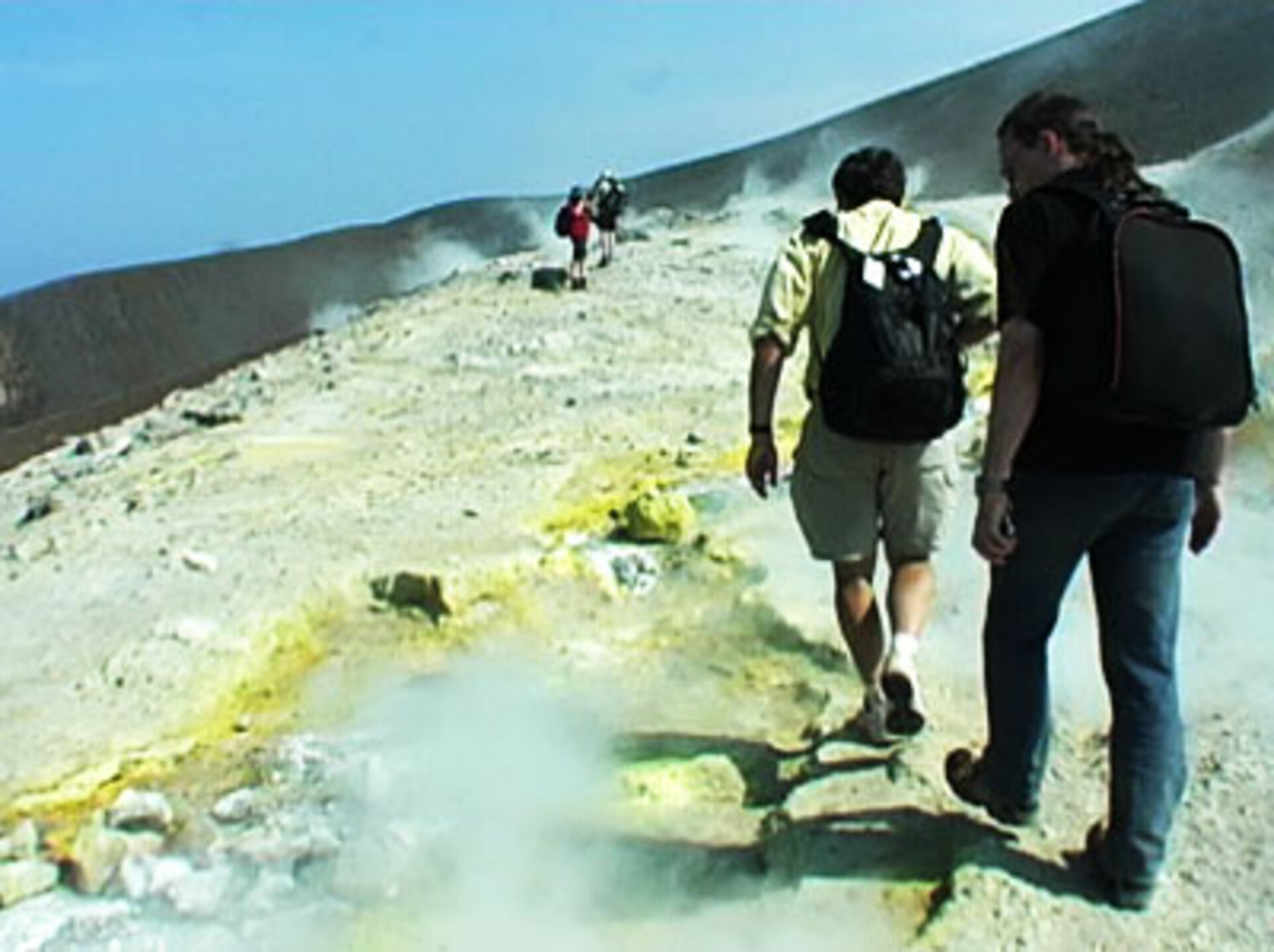 What is the link between Earth and Venus? Find out with this new educational film, where scientists walk you to enchanting places on Earth to unveil the secrets of Venus.

The film consists of four chapters. In the first and main chapter, ‘A breath of Venus’, two scientists climb atop one of the most famous active volcanoes on Earth. From the island of Vulcano, Italy, the scientists talk about Venus’ impressive green-house effect, give glimpses of how volcanism may work at Venus as compared to Earth, and illustrate the principles used for such investigations on other planets.

The three additional chapters of the film bring our attention to other fascinating aspects of Venus exploration – all addressed relentlessly by ESA’s Venus Express.

From a sandy beach in the Netherlands, ‘A story of Deuterium and Hydrogen’ takes us through the story of the fate of water on Venus. Did Venus host oceans in the past? If yes, where has this water gone now?

In ‘A question of temperature’, a scientist climbs an apple tree and tells us how to calculate the global temperature of a planet. He talks about why planetary temperatures are important for the overall climate balance, related to the green-house effect - the phenomenon at work on both Earth and Venus.

‘A look at operations’ unveils the secrets behind spacecraft operations, and tells us about the complex job engineers perform as they translate scientific objectives into commands for the Venus Express spacecraft.

ESA and Venus Express take this chance to wish you a merry Christmas. Enjoy watching!