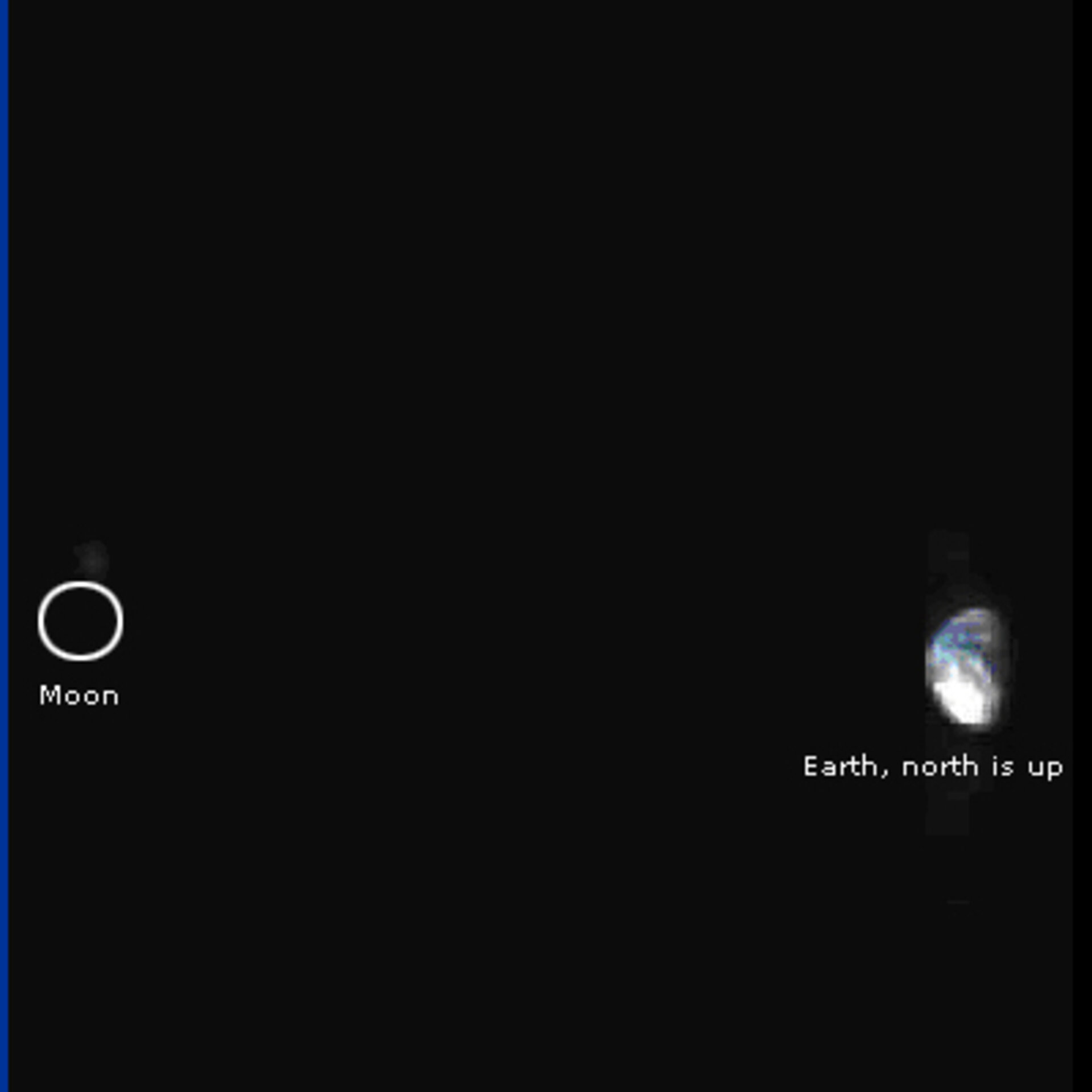 A recent check of the VIRTIS imaging spectrometer during the Venus Express commissioning phase has allowed its first remote-sensing data to be acquired, using Earth and the Moon as a reference.

After a successful in-flight checkout of the spacecraft's systems in the first ten days of flight, the ESOC operations team is now verifying the health and functioning of all the Venus Express instruments. These observations were made as part of this checkout.

Of course the very large distance that Venus Express has travelled since its launch makes these images of limited interest to the general public, but to the scientific team it confirms the excellent operation of their instrument.

This gives them confidence of spectacular results when the spacecraft reaches Venus where similar measurements will be made hundreds times closer.

Only two weeks after the launch, VIRTIS, the Ultraviolet/Visible/Near-Infrared mapping spectrometer, has been able to make its first planetary observations, capturing the Earth-Moon system.

”The observations were made from 3.5 million kilometres away, with a phase angle of 65 degrees, meaning that 65% of Earth’s disk was illuminated by the Sun, providing observations of both the day and night sides of Earth,” explains Guiseppe Piccioni, one of the two Principal Investigators (PI).

These Earth observations will be used to test the instrument on a real planetary case, before Venus approach.

“A comparison of Venus spectra with Earth spectra with the same instrument will also be of interest for textbook illustration of the comparison between the two planets,” explained Pierre Drossart, the other PI.

The Moon has also been observed, providing additional observations of particular interest for calibrating the intrument.