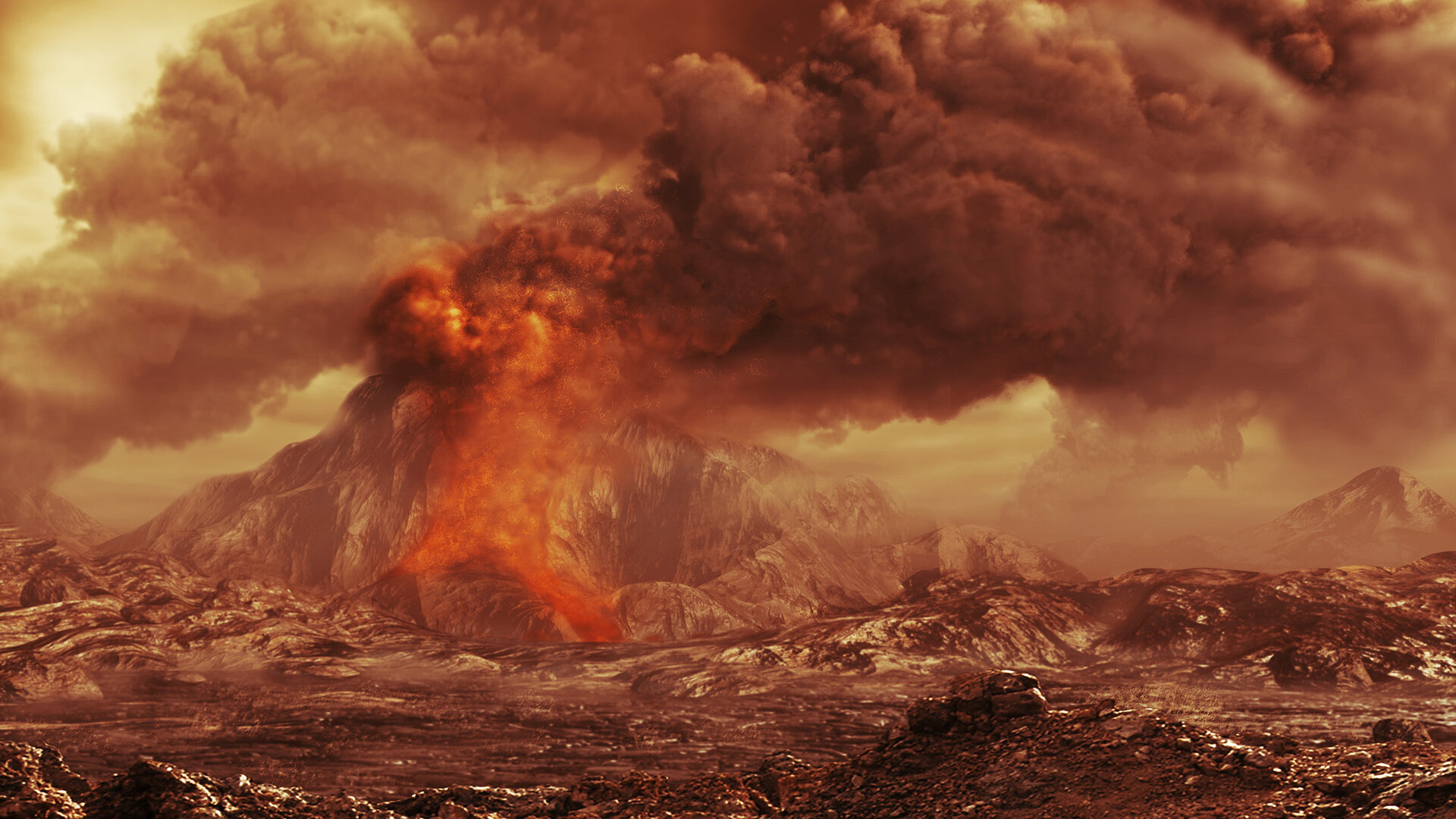 Six years of observations by ESA’s Venus Express have shown large changes in the sulphur dioxide content of the planet’s atmosphere, and one intriguing possible explanation is volcanic eruptions.

The thick atmosphere of Venus contains over a million times as much sulphur dioxide as Earth’s, where almost all of the pungent, toxic gas is generated by volcanic activity.

Most of the sulphur dioxide on Venus is hidden below the planet’s dense upper cloud deck, because the gas is readily destroyed by sunlight.

That means any sulphur dioxide detected in Venus’ upper atmosphere above the cloud deck must have been recently supplied from below.

Venus is covered in hundreds of volcanoes, but whether they remain active today is much debated, providing an important scientific goal for Venus Express.

The mission has already found clues pointing to volcanism on geologically recent timescales, within the last few hundreds of thousands to millions of years.

A previous analysis of infrared radiation from the surface pointed to lava flows atop a volcano with a composition distinct from those of their surroundings, suggesting that the volcano had erupted in the planet’s recent past.

Now, an analysis of sulphur dioxide concentration in the upper atmosphere over six years provides another clue.

Immediately after arriving at Venus in 2006, the spacecraft recorded a significant increase in the average density of sulphur dioxide in the upper atmosphere, followed by a sharp decrease to values roughly ten times lower by today.

A similar fall was also seen during NASA’s Pioneer Venus mission, which orbited the planet from 1978 to 1992.

At that time, the preferred explanation was an earlier injection of sulphur dioxide from one or more volcanoes, with Pioneer Venus arriving in time for the decline.

“If you see a sulphur dioxide increase in the upper atmosphere, you know that something has brought it up recently, because individual molecules are destroyed there by sunlight after just a couple of days,” says Dr Emmanuel Marcq of Laboratoire Atmosphères, Milieux, Observations Spatiales, France, and lead author of the paper published in Nature Geoscience.

“A volcanic eruption could act like a piston to blast sulphur dioxide up to these levels, but peculiarities in the circulation of the planet that we don’t yet fully understand could also mix the gas to reproduce the same result,” adds co-author Dr Jean-Loup Bertaux, Principal Investigator for the instrument on Venus Express that made the detections.

Venus has a ‘super-rotating’ atmosphere that whips around the planet in just four Earth-days, much faster than the 243 days the planet takes to complete one rotation about its axis.

Such rapid atmospheric circulation spreads the sulphur dioxide around, making it difficult to isolate any individual points of origin for the gas.

Dr Marcq’s team speculate that if volcanism was responsible for the initial increase, then it could come from a relatively gentle increased output of several active volcanoes rather than one dramatic eruption.

“Alternatively, and taking into account the similar trend observed by Pioneer Venus, it’s possible that we are seeing decadal-scale variability in the circulation of the atmosphere, which is turning out to be even more complex than we could ever have imagined,” he notes.

“By following clues left by trace gases in the atmosphere, we are uncovering the way Venus works, which could point us to the smoking gun of active volcanism,” adds Håkan Svedhem, ESA’s Project Scientist for Venus Express.

“Evidence for Secular Variations of SO2 above Venus’ Clouds Top,” by E. Marcq et al., is published in Nature Geoscience, 2 December 2012.