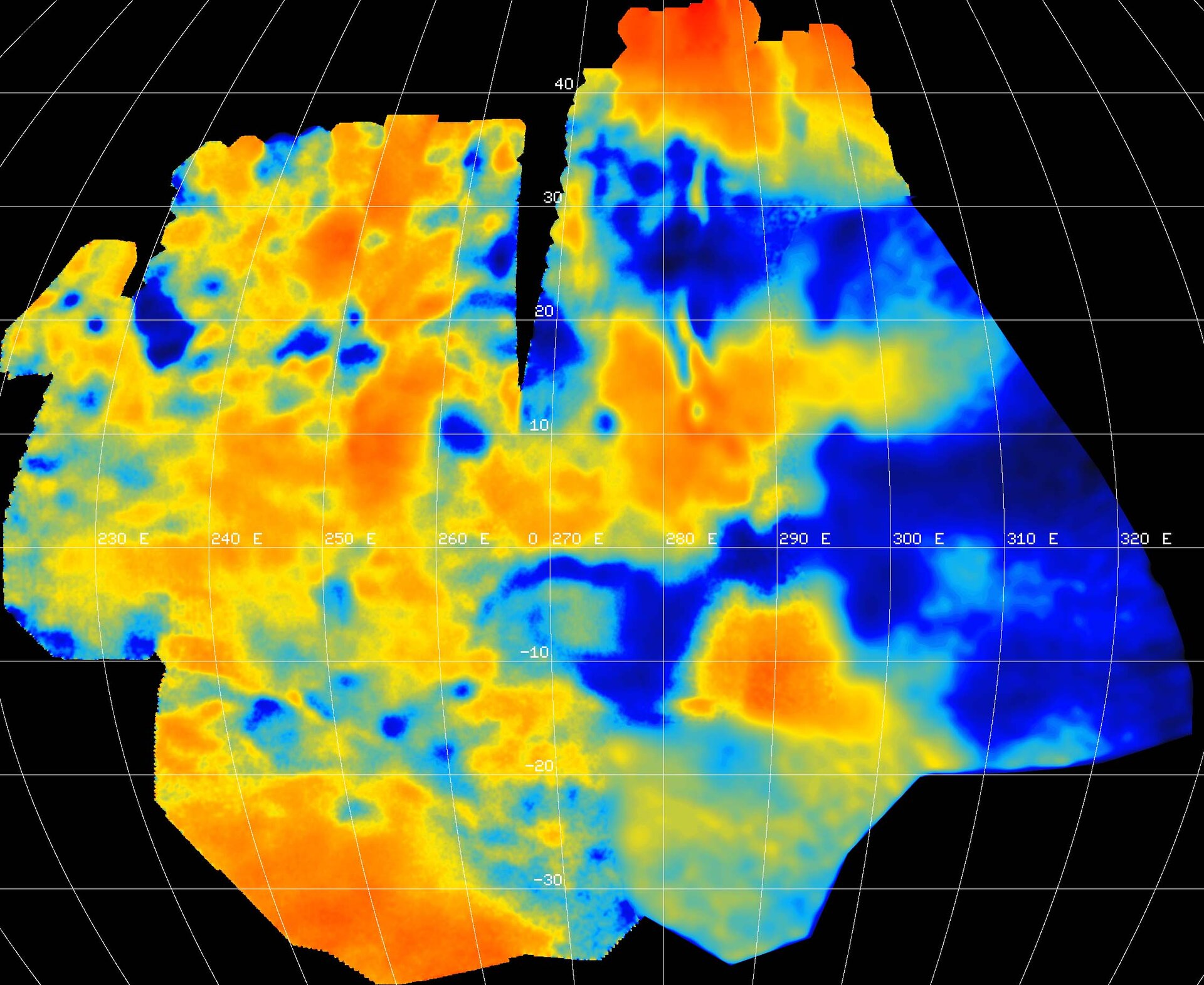 Venus Express, launched two years ago today, has been adding much to our knowledge of Earth’s twin. The satellite has recently peeked through the planet’s thick veil of clouds and sent new images of its surface.

Venus’ surface is a scorching 735 K, or 462°C, and emits a lot of infrared radiation. All of this radiation is scattered numerous times by its thick 25 km-layer of clouds before it escapes into space. This gives Venus a weak glow, but also makes it hard for an orbiting satellite to get a true picture of the planet’s countenance.

Despite the thick haze, infrared light, invisible to the naked eye, can escape at certain wavelengths through spectral windows. ESA’s Venus Express carries the Venus Monitoring Camera (VMC), which has used one of the spectral windows to see through the haze and map the surface of our neighbour on its night side.

The areas mapped with the VMC cover the Beta and Phoebe Regios in the mid- to equatorial latitudes visited in the 1970s by several Soviet Venera and US Pioneer Venus landers. The pictures reveal highlands and mountains of elevation up to 5 km above the Venusian ‘sea level’. Even when looking through the infrared window, observing Venus’ surface from orbit is similar to looking though a frosted window, when one can only see the silhouette of an object.

The mapped area includes some of the most typical geological units on Venus. Beta Regio and Phoebe Regio represent tesserae – some of the oldest terrain on the planet. In 1990, the radar on board the US spacecraft Magellan detected anomalously high reflectivity of the tops of Rhea Mons and Theia Mons. This indicates the presence of still unknown conductive, semiconductive, ferroelectric or ferromagnetic materials.

The images are being used to study the variation of mineralogical composition on Venus and are being correlated with the topography and radar reflectivity of the surface. They are also being used to search for ongoing volcanic activity.