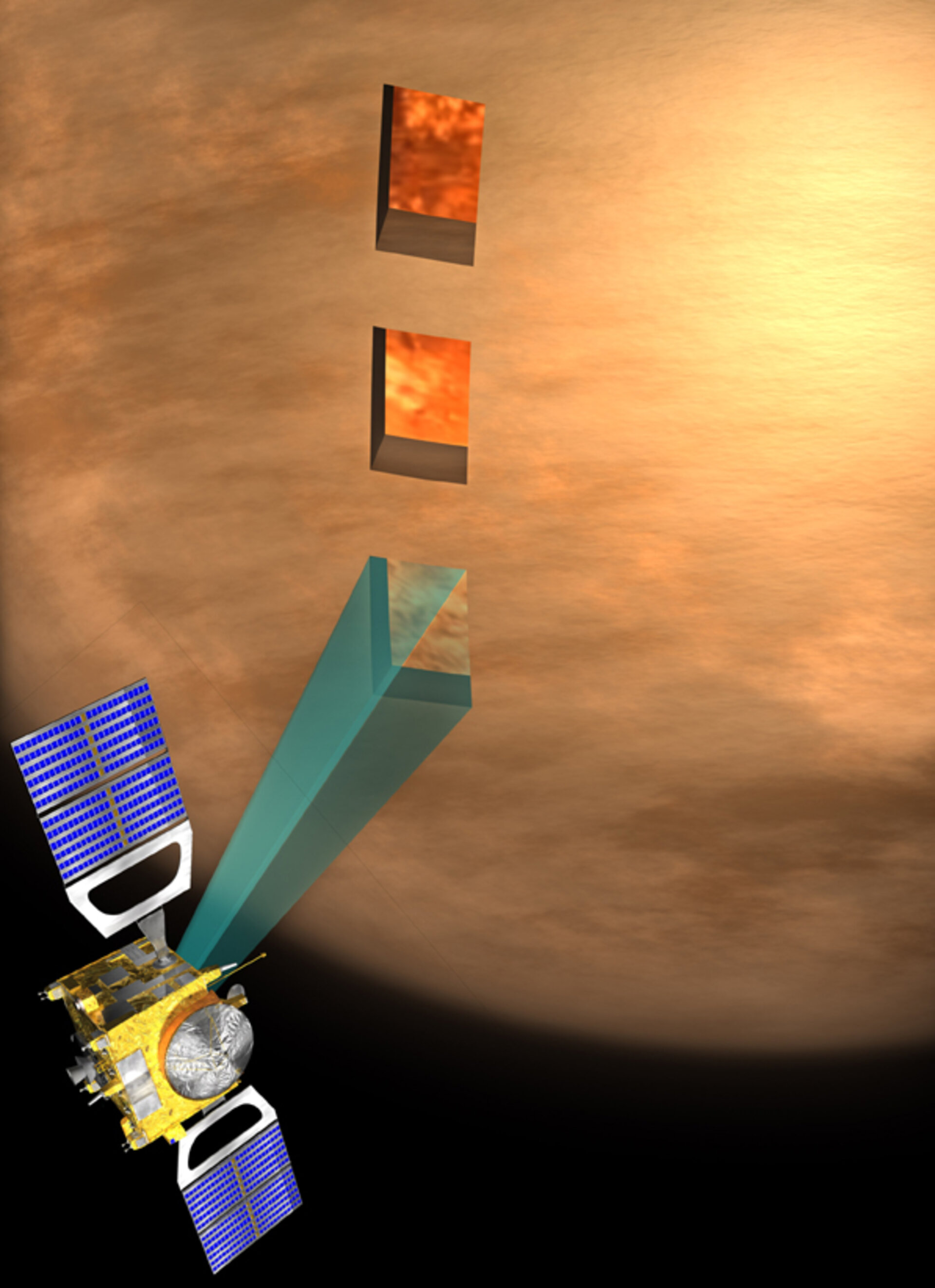 Penetrating the mysteries of Venus with a precision never before achieved was the goal of Venus Express.

With respect to the previous missions to Venus, the scientific instrumentation on board Venus Express was enormously improved. Many instruments were inherited from the scientific packages already developed for the Mars Express and Rosetta missions.

This allowed detailed study of the atmosphere of Venus, to understand its complex dynamics and its tight relationship with the surface and with the planetary space environment around it.

Venus Express data is answering some of the open questions about Venus and will allow definition of new objectives for future missions to the planet.

The ‘eyes’ of Venus Express were extremely sensitive to a wide range of electromagnetic wavelengths, from ultraviolet to infrared. This allowed scientists to dig down through the atmosphere by exploiting for the first time the so-called ‘spectroscopic windows’, discovered in the late 1980s thanks to ground observations.

The radiation leaking from the deep atmosphere through these ‘windows’ can be observed on Venus’s night side. Infrared radiation from the lower atmosphere and even the surface can surprisingly escape to space, carrying precious information that Venus Express could collect from orbit.

Synergy is the strength of Venus Express

The underlying philosophy of Venus Express investigations was to observe the same target with different instruments at the same time. This provided a comprehensive, versatile and complete view of the different phenomena taking place on Venus.