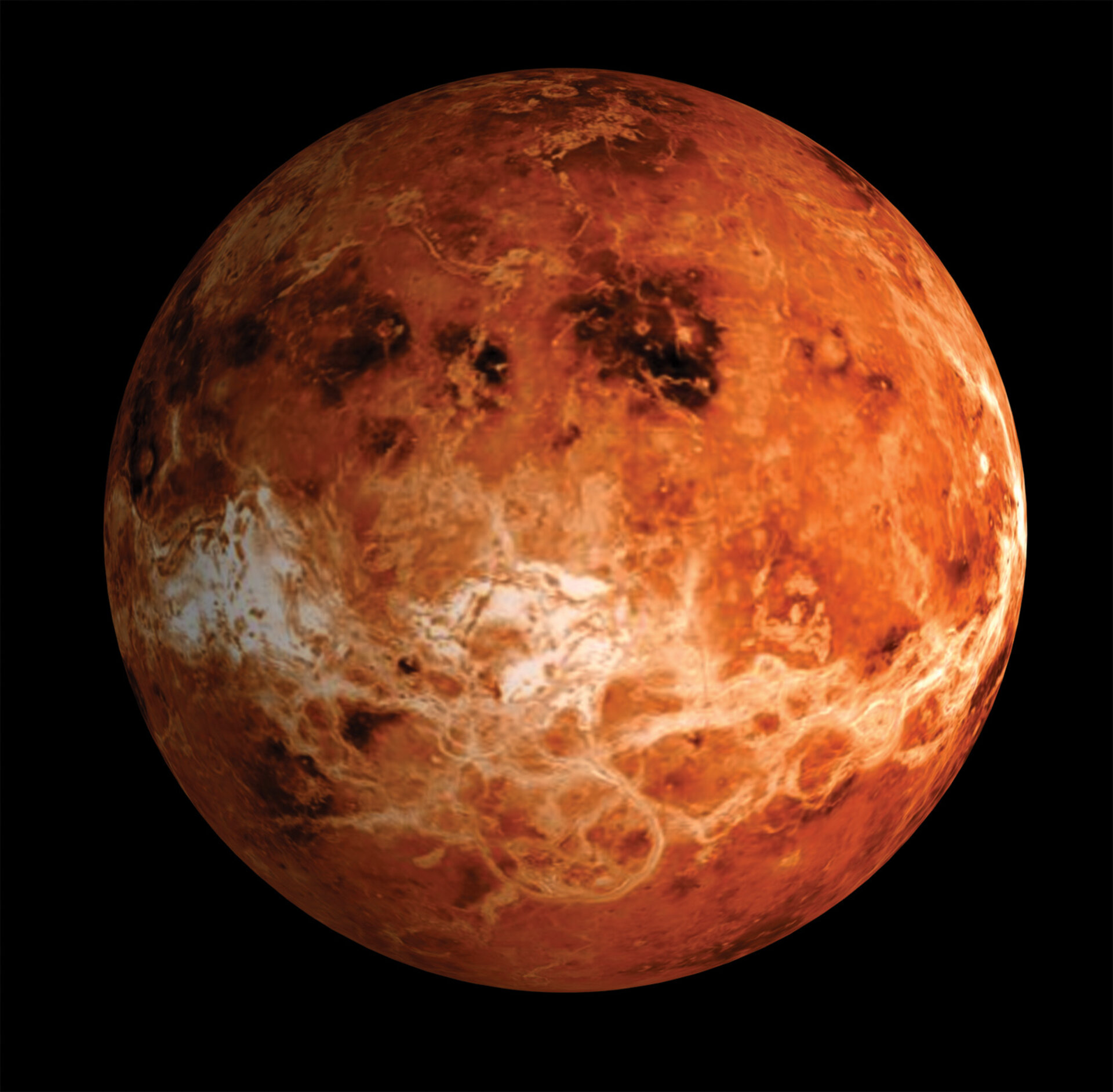 ESA’s Venus Express mission will be the first spacecraft in more than 10 years to visit our nearest planetary neighbour. To celebrate a new phase of exploration of Earth’s sister world, the Planetary Society has teamed with ESA to invite youths and adults worldwide to enter the Venus Express Art Contest.

This is a chance to win a trip to mission control in Darmstadt, Germany when Venus Express arrives at its destination in April 2006.

Venus, shrouded under a dense haze, is a world steeped in mystery. Often called our sister planet, Venus is nearly identical in size and mass, yet its surface temperature is hotter than a kitchen oven because the thick atmosphere traps the Sun’s heat. Instruments on board Venus Express will study the planet’s atmosphere and see what drives the planet’s high-speed winds. An on-board camera will capture images of the surface by peering through ‘windows’ in the enveloping haze.

The theme of Venus Express Art Contest is ‘Postcards from Venus.’ Contest entrants are invited to imagine the surface of Venus from an above-ground perspective – a bird’s eye view of a mysterious world whose volcano-riddled surface contains few impact craters, indicating a planet where resurfacing on a global scale has taken place within the last 500 million years.

Anyone may enter the contest in either the 'youth' (age 17 or under) or 'adult' (18 or over) category. Only one entry per person is permitted, with no group entries allowed. Artwork based on the contest theme may be created in any two-dimensional artistic medium, including computer-generated art.

The artwork should be of Venus itself, rather than the Venus Express spacecraft. Each finished piece should be the size and shape of a postcard (approximately 10 cm by 15 cm).

Artwork may be mailed or submitted online. Visit http://planetary.org/postcards_from_venus/ for the complete contest rules and an entry form.

Artwork mailed to The Planetary Society becomes the property of the Society and cannot be returned.

Entries will be reviewed by a panel of judges selected by The Planetary Society. Art will be judged on the artwork’s articulation of the contest theme, creativity, and artistic merit. For submissions by artists under 18 years of age, the age of the artist will be taken into consideration. One Grand Prize winner will be selected. One First, one Second, one Third, and five Honourable Mention winners also will be selected in each age category (Youth and Adult).

The Grand Prize Winner will receive a trip to Darmstadt, Germany in April 2006, including travel expenses, food, and lodging, in order to visit the European Space Operations Centre during Venus Express arrival at Venus. If the Grand Prize Winner is under 18 as of 1 April, 2006, the Grand Prize will also include companion travel for one accompanying parent or legal guardian.

In addition to the above prizes, a graphic artist employed by the European Space Agency will select hundreds of artworks from among the entries for inclusion in a collage to be exhibited when Venus Express arrives at Venus.

Two months or more after the arrival of Venus Express, another judging panel will review the entries to select two Special Prizes. The Special Prizes (one Youth and one Adult) will be awarded for that artwork which most closely resembles a view of Venus returned from the Venus Express spacecraft.

All winners’ artworks will be displayed at ESA's European Space Operations Centre during the Venus Express arrival at Venus.