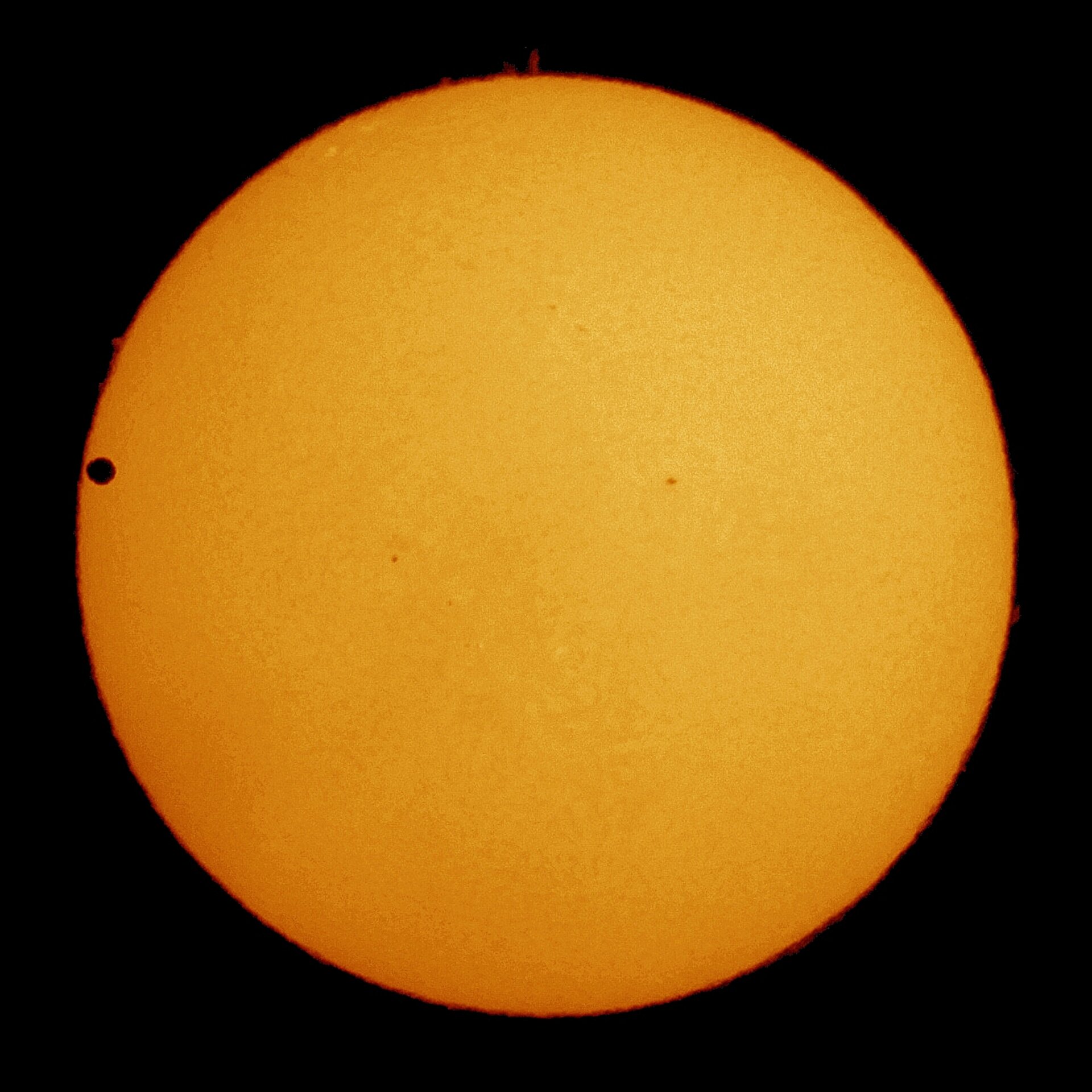 Astronomers around the world looked to the sky last night and this morning to observe Venus as it passed across the face of the Sun for the last time this century. ESA’s Sun-watching space missions also tuned in for the solar spectacular.

ESA’s Proba-2 microsatellite, in low-Earth orbit, tracked Venus across the solar disc for nearly seven hours. Venus appears to wobble thanks to the slight up-down motion of Proba-2 and the large distance between the satellite and the Sun.

Of particular interest was the moment of first contact – when Venus first appeared to touch the limb of the solar disc – resulting in a tiny dip in solar brightness.

The dip associated with Venus’ thick atmosphere, even before the planet had fully entered the solar disc, will help exoplanet scientists to study the atmospheres of rocky Earth-sized planets outside of our Solar System.

Also observed during the transit was the ‘black drop’ effect – the small black teardrop shape that appears to connect Venus to the limb of the Sun just after it has fully entered the solar disc and again later, when it begins to leave the disc.

Astronomers were also keen to capture the aureole, an arc of light seen around the planet’s disc during the first and last minutes of the transit. It was first observed during the transit of 1761 and revealed that Venus has an atmosphere.

ESA’s teams in Svalbard enjoyed the transit under the midnight sun, in between cloudy spells.

From ESA’s European Space Astronomy Centre (ESAC), Michel Breitfellner and Miguel Perez Ayucar observed the transit using solar and optical telescopes equipped with cameras. An identical set of instruments simultaneously streamed the transit from the other side of the world in Canberra, Australia.

“Despite interruptions from cloud, it was fantastic to observe nearly the full duration of the transit under the midnight sun in such spectacular surroundings,” said Pérez Ayúcar.

Over the coming weeks, scientists and astronomers from around the world will compare their results and with data collected by space-based observatories, including ESA’s Venus Express.

“We’re looking forward to comparing the ground-based data with that collected by Venus Express during the time of the transit to provide a complete view of Venus’ rapidly changing atmosphere,” added ESA’s Venus Express project scientist Håkan Svedhem.