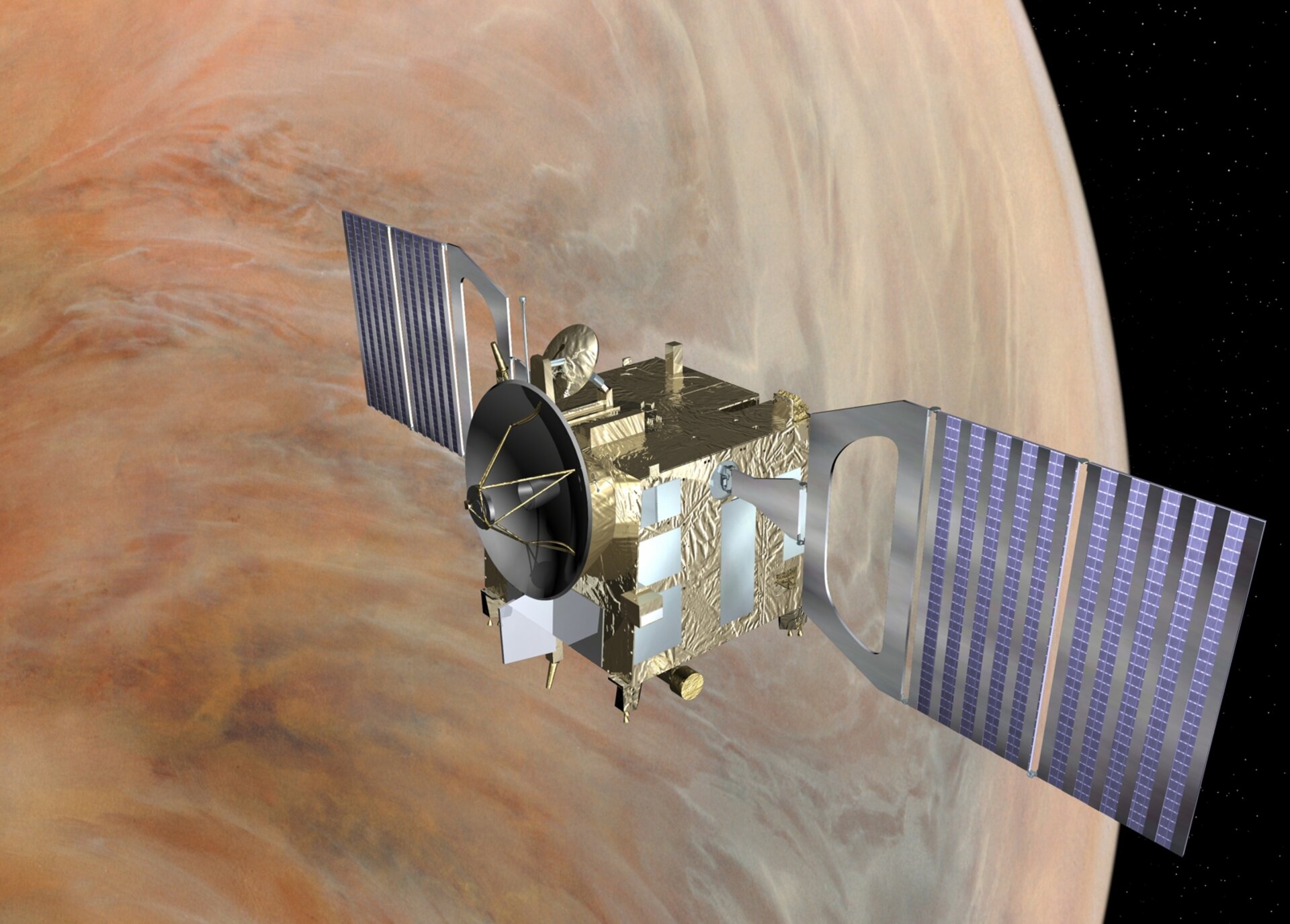 On 6 June this year, scientists all around the world will be watching with eager eyes as not one but two spacecraft observe Venus simultaneously.

ESA’s Venus Express, in orbit around Venus since 11 April 2006, will be joined for a few hours by NASA’s MESSENGER (MErcury Surface Space ENvironment GEochemistry and Ranging mission), flying by Venus while on its way to Mercury.

Earth-based observatories and telescopes in orbit around Earth will also be watching. Looking at Venus together, spacecraft and ground observatories will obtain a unique set of data each, so many different ‘eyes’ will observe the same regions and phenomena during the same time frame.

This event, coordinated from both sides of the Atlantic, might help us learn some things about Venus that may otherwise be out of reach. Scientists believe that direct and two-point measurements of some planetary phenomena have great potential to offer new science.

On Earth, international teams of ESA’s Venus Express and NASA’s MESSENGER mission are coordinating the observations of Venus as MESSENGER makes its closest approach to Venus during its second fly – by of the planet. This time around, MESSENGER will be in a better condition with respect to its first fly-by, when the planet was behind the Sun, barring all communication with Earth. It will also be a great opportunity for MESSENGER to test its instruments before it reaches its destination.

Geometry and timing of closest approach

At the time of closest approach, MESSENGER will be flying over Venus at an altitude of approximately 337 kilometres. Maximum vicinity will be reached at 01:08 CEST on 6 June, above the Venusian coordinates 12.25° South and 165° East.

At this time, Venus Express will be behind Venus, but it will look at the same regions observed by MESSENGER before and after the fly-by. This will allow the scientists to compare data of the same areas obtained by the two spacecraft within only a short difference in time from each other.

Venus Express and MESSENGER together will carry out observations of Venus’ cloud deck, plasma environment, atmosphere and its oxygen airglow and surface.

At closest approach, MESSENGER will perform direct sounding measurements of Venus’ cloud deck with its laser altimeter instrument (MLA). These will complement the data about the clouds obtained by Venus Express at visible, ultraviolet and infrared wavelengths.

The two spacecraft will also be gathering information about the dynamics of Venus’ atmosphere. In this task, they will be joined by a telescope at the Observatoire de Haute-Provence in France which will also be taking measurements of Venusian winds. This fly-by campaign will also include complementary observations of the oxygen airglow. This is a phenomenon detectable on the night-side and on the dayside and makes the planet glow like a ‘space lantern’.

At the same time, on Earth, the IRTF facility in Hawaii will observe the same phenomenon in the infrared, along with the Apache Point Observatory (APO) (working at visible wavelengths) and the W. M. Keck observatory in Hawaii. The study of the Venusian plasma environment will greatly benefit from the presence of two spacecraft around Venus.

Plasma - a gas of charged particles diffused in space and strongly influenced by solar activity - is a very complex state of matter. Its has a very low density but its scale of distribution around planets is huge. Hence the possibility of a multipoint observation campaign at Venus is a unique asset that helps understand the plasma behaviour around this planet.

After about 30 hours after closest approach, MESSENGER will have concluded its observation campaign of Venus, ready for its next and final target: Mercury. During the fly-by, instruments on Venus Express will be operated so as to maximize the synergy between the two spacecraft.

Meanwhile, Venus Express will continue its unprecedented study of this intriguing planet, ready for its next discoveries.

As you read this, Venus is still bright in the evening sky.

Venus Express, ESA’s first mission to Venus was launched on 9 November 2005 and reached the planet on 11 April 2006.