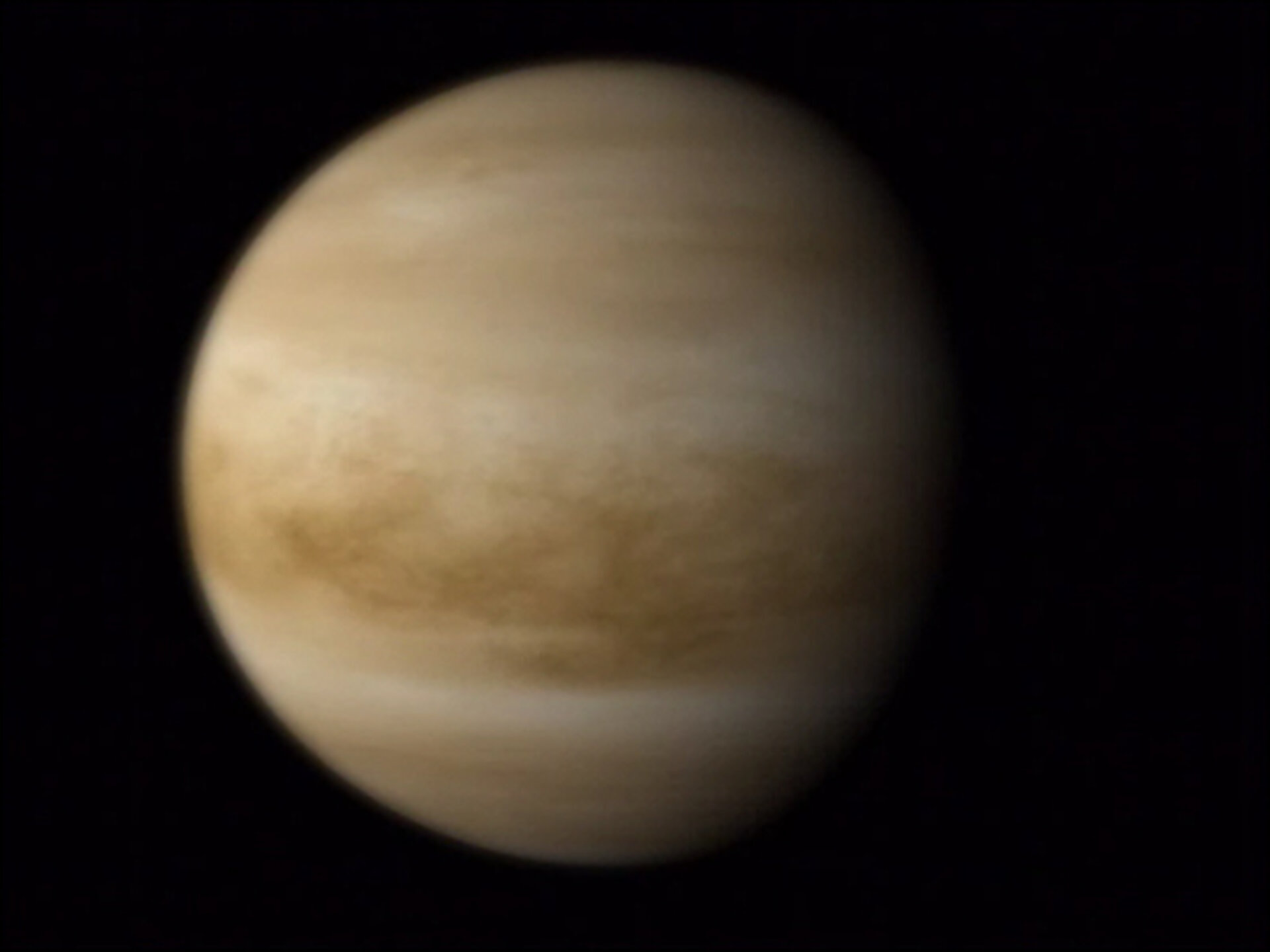 A mysterious high-altitude layer of sulphur dioxide discovered by ESA’s Venus Express has been explained. As well as telling us more about Venus, it could be sending a warning to those on Earth seeking to inject our atmosphere with sulphur droplets in an attempt to mitigate climate change.

Venus is blanketed in sulphuric acid clouds that block our view of the surface. The clouds form at altitudes of 50–70 km when sulphur dioxide from volcanoes combines with water vapour to make sulphuric acid droplets. Any remaining sulphur dioxide should be destroyed rapidly by the intense solar radiation above 70 km.

“We had not expected the high-altitude sulphur layer, but now we can explain our measurements,” says Håkan Svedhem, ESA’s Venus Express Project Scientist.

“However, the new findings also mean that the atmospheric sulphur cycle is more complicated than we thought.”

As well as adding to our knowledge of Venus, this new understanding may be warning us that proposed ways of mitigating climate change on Earth may not be as effective as originally thought.

The proposal stems from observations of powerful volcanic eruptions, in particular the 1991 eruption of Mount Pinatubo in the Philippines that shot sulphur dioxide up into Earth’s atmosphere. Reaching 20 km in altitude, the gas formed small droplets of concentrated sulphuric acid, like those found in Venus’ clouds, which then spread around Earth. The droplets created a haze layer that reflected some of the Sun’s rays back into space, cooling the whole planet by about 0.5°C.

However, the new work on the evaporation of sulphuric acid on Venus suggests that such attempts at cooling our planet may not be as successful as first thought, because we do not know how quickly the initially protective haze will be converted back into gaseous sulphuric acid: this is transparent and so allows all the Sun’s rays through.

“We must study in great detail the potential consequences of such an artificial sulphur layer in the atmosphere of Earth,” says Jean-Loup Bertaux, Université de Versailles-Saint-Quentin, France, Principal Investigator of the SPICAV sensor on Venus Express. “Venus has an enormous layer of such droplets, so anything that we learn about those clouds is likely to be relevant to any geo-engineering of our own planet.”

In effect, nature is doing the experiment for us and Venus Express allows us to learn the lessons before experimenting with our own world.