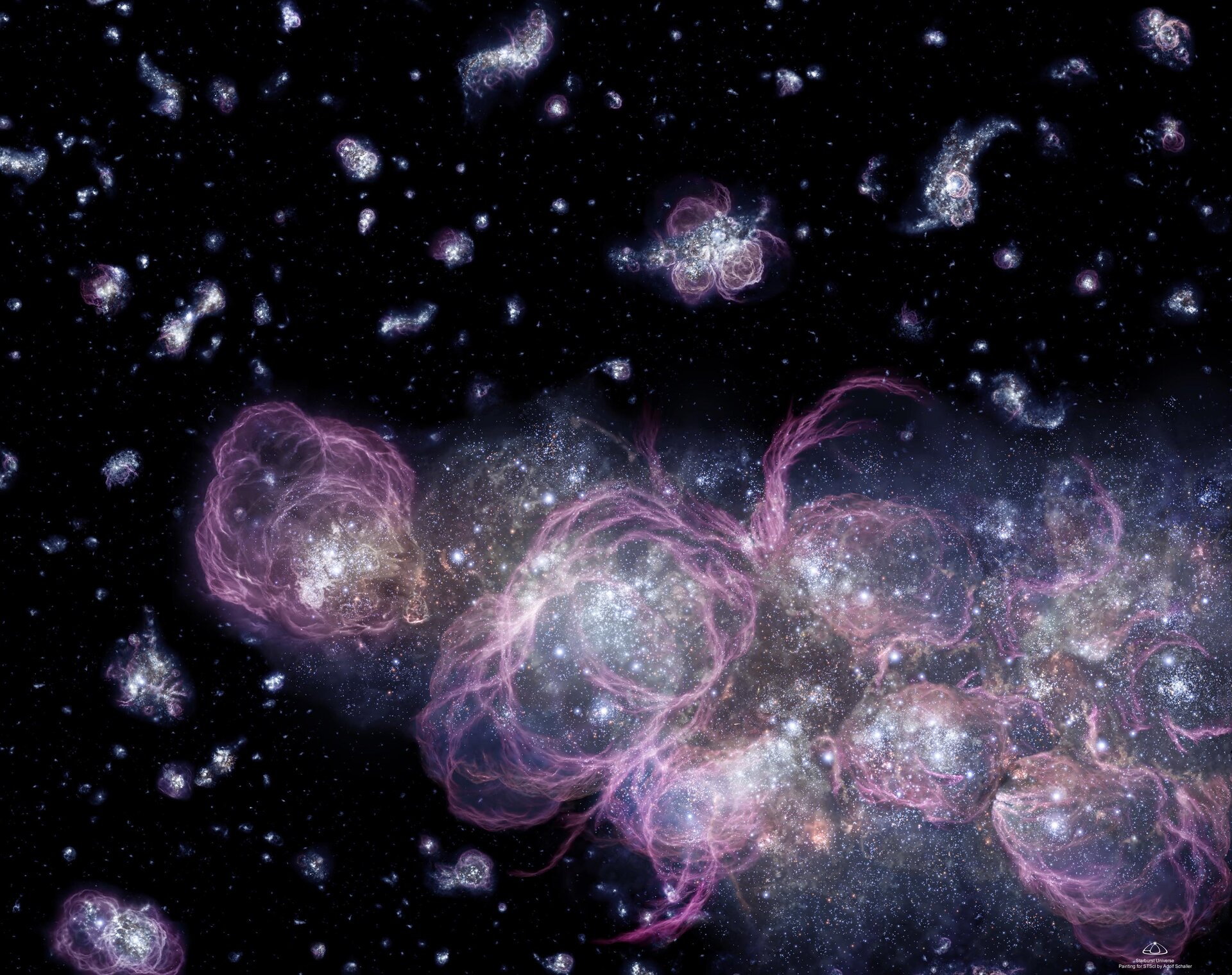 The content of the Universe is widely thought to consist of three types of substance: normal matter, dark matter and dark energy.

Normal matter consists of the atoms that make up stars, planets, human beings and every other visible object in the Universe. As humbling as it sounds, normal matter almost certainly accounts for the smallest proportion of the Universe, somewhere between 1% and 10%.

The more astronomers observed the Universe, the more matter they needed to find to explain it all. This matter could not be made of normal atoms, however, otherwise there would be more stars and galaxies to be seen. Instead, they coined the term ‘dark matter’ for this peculiar substance precisely because it escapes our detection.

At the same time, physicists trying to further the understanding of the forces of nature were starting to believe that new and exotic particles of matter must be abundant in the Universe.

These would hardly ever interact with normal matter and many now believe that these particles are the dark matter. At the present time, even though many experiments are underway to detect dark matter particles, none have been successful. Nevertheless, astronomers still believe that somewhere between 30% and 99% of the Universe may consist of dark matter.

Dark energy is the latest addition to the contents of the Universe. Originally, Albert Einstein introduced the idea of an all-pervading ‘cosmic energy’; before he knew that the Universe is expanding. The expanding Universe did not need a ‘cosmological constant’ as Einstein had called his energy.

However, in the 1990s observations of exploding stars in the distant Universe suggested that the Universe was not just expanding but accelerating as well. The only way to explain this was to reintroduce Einstein’s cosmic energy in a slightly altered form, called ‘dark energy’. No one knows what the dark energy might be.

In the currently popular ‘concordance model’ of the Universe, 70% of the cosmos is thought to be dark energy, 25% dark matter and 5% normal matter.