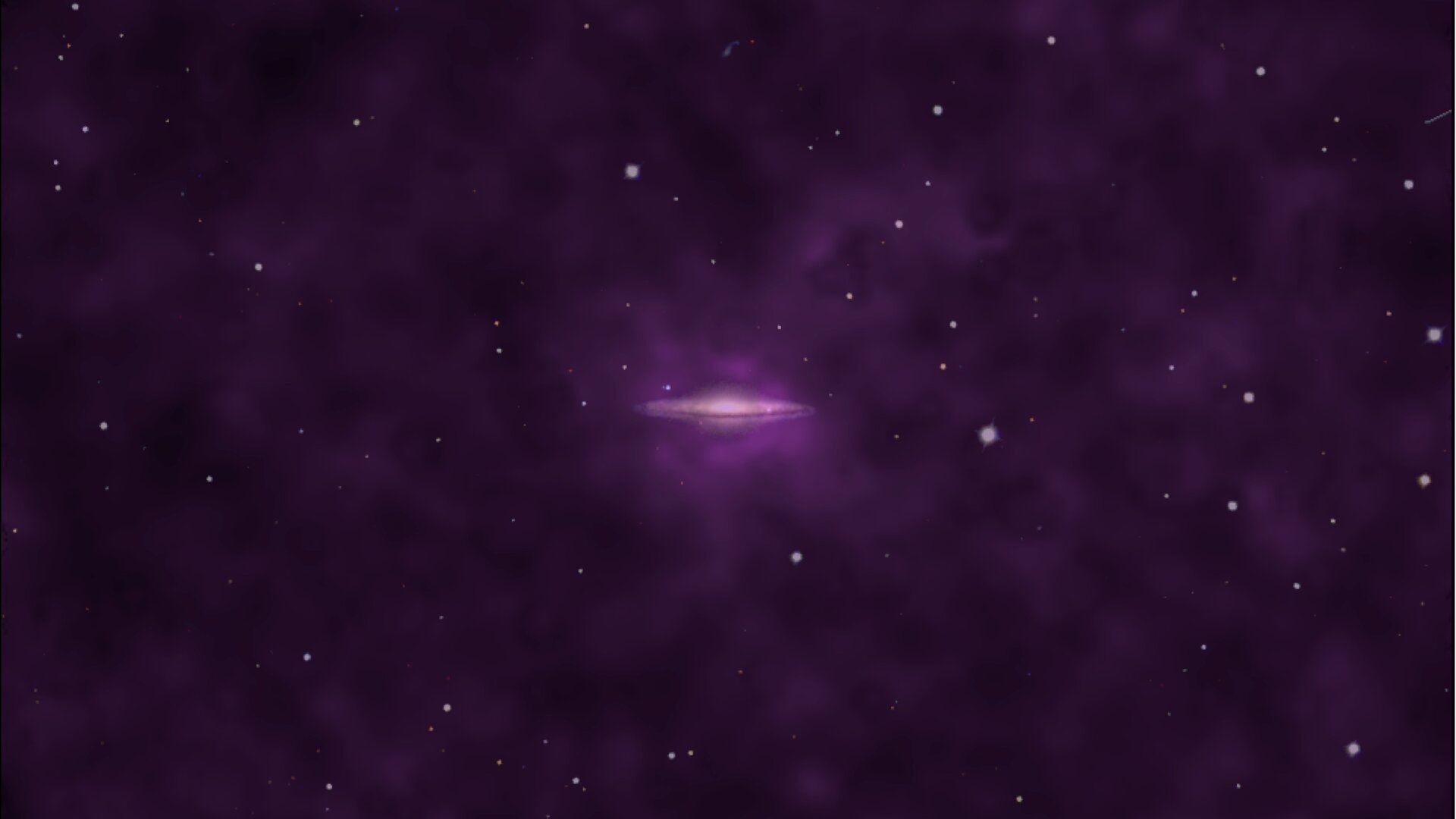 Astronomers using ESA’s XMM-Newton space observatory have probed the gas-filled haloes around galaxies in a quest to find ‘missing’ matter thought to reside there, but have come up empty-handed – so where is it?

All the matter in the Universe exists in the form of ‘normal’ matter or the notoriously elusive and invisible dark matter, with the latter around six times more prolific.

Curiously, scientists studying nearby galaxies in recent years have found them to contain three times less normal matter than expected, with our own Milky Way Galaxy containing less than half the expected amount.

“This has long been a mystery, and scientists have spent a lot of effort searching for this missing matter,” says Jiangtao Li of the University of Michigan, USA, and lead author of a new paper.

“Why is it not in galaxies — or is it there, but we are just not seeing it? If it’s not there, where is it? It is important we solve this puzzle, as it is one of the most uncertain parts of our models of both the early Universe and of how galaxies form.”

Rather than lying within the main bulk of the galaxy, the part can be observed optically, researchers thought it may instead lie within a region of hot gas that stretches further out into space to form a galaxy’s halo.

These hot, spherical haloes have been detected before, but the region is so faint that it is difficult to observe in detail – its X-ray emission can become lost and indistinguishable from background radiation. Often, scientists observe a small distance into this region and extrapolate their findings but this can result in unclear and varying results.

Jiangtao and colleagues wanted to measure the hot gas out to larger distances using ESA’s XMM-Newton X-ray space observatory. They looked at six similar spiral galaxies and combined the data to create one galaxy with their average properties.

“By doing this, the galaxy’s signal becomes stronger and the X-ray background becomes better behaved,” adds co-author Joel Bregman, also of the University of Michigan.

“We were then able to see the X-ray emission to about three times further out than if observing a single galaxy, which made our extrapolation more accurate and reliable.”

Massive and isolated spiral galaxies offer the best chance to search for missing matter. They are massive enough to heat gas to temperatures of millions of degrees so that they emit X-rays, and have largely avoided being contaminated by other material through star formation or interactions with other galaxies.

Still missing
The team’s results showed that the halo surrounding galaxies like the ones observed cannot contain all of the missing matter after all. Despite extrapolating out to almost 30 times the radius of the Milky Way, nearly three-quarters of the expected material was still missing.

There are two main alternative theories as to where it could be: either it is stored in another gas phase that is poorly observed – perhaps either a hotter and more tenuous phase or a cooler and denser one – or within a patch of space that is not covered by our current observations or emits X-rays too faintly to be detected.

Either way, since the galaxies do not contain enough missing matter they may have ejected it out into space, perhaps driven by injections of energy from exploding stars or by supermassive black holes.

“This work is important to help create more realistic galaxy models, and in turn help us better understand how our own Galaxy formed and evolved,” says Norbert Schartel, ESA XMM-Newton project scientist. “This kind of finding is simply not possible without the incredible sensitivity of XMM-Newton.”

“In the future, scientists can add even more galaxies to our study samples and use XMM-Newton in collaboration with other high-energy observatories, such as ESA’s upcoming Advanced Telescope for High-ENergy Astrophysics, Athena, to probe the extended, low-density parts of a galaxy’s outer edges, as we continue to unravel the mystery of the Universe’s missing matter.”