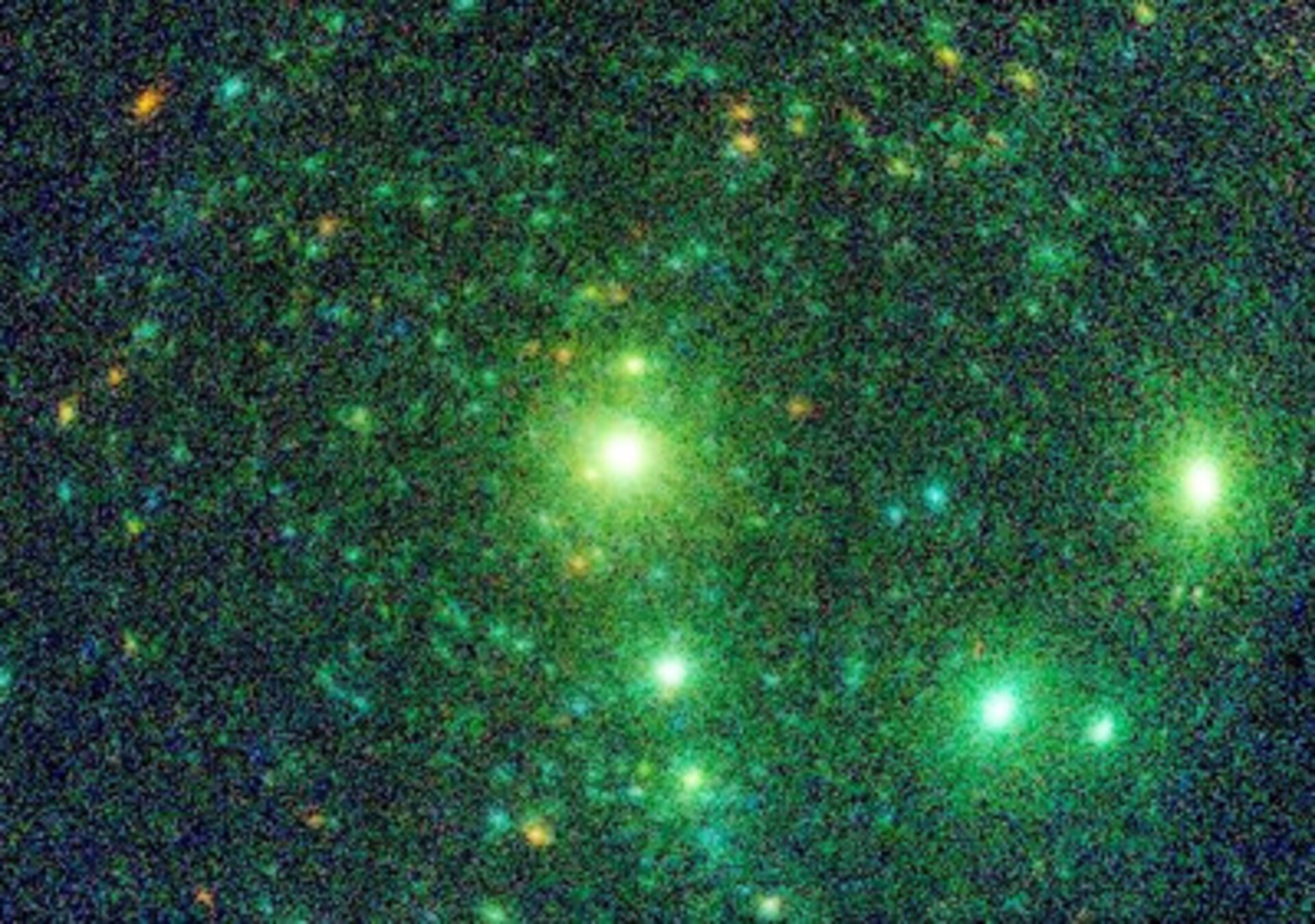 Two massive stars racing in orbit around each other have had their colliding stellar winds X-rayed for the first time, thanks to the combined efforts of ESA’s XMM-Newton and NASA’s Swift space telescopes.

Stellar winds, pushed away from a massive star’s surface by its intense light, can have a profound influence on their environment.

In some locations, they may trigger the collapse of surrounding clouds of gas and dust to form new stars.

In others, they may blast the clouds away before they have the chance to get started.

Now, XMM-Newton and Swift have found a ‘Rosetta stone’ for such winds in a binary system known as Cyg OB2 #9, located in the Cygnus star-forming region, where the winds from two massive stars orbiting around each other collide at high speeds.

Cyg OB2 #9 remained a puzzle for many years. Its peculiar radio emission could only be explained if the object was not a single star but two, a hypothesis that was confirmed in 2008.

At the time of the discovery, however, there was no direct evidence for the winds from the two stars colliding, even though the X-ray signature of such a phenomenon was expected.

This signature could only be found by tracking the stars as they neared the closest point on their 2.4-year orbit around each other, an opportunity that presented itself between June and July 2011.

As the space telescopes looked on, the fierce stellar winds slammed together at speeds of several million kilometres per hour, generating hot plasma at a million degrees which then shone brightly in X-rays.

The telescopes recorded a four-fold increase in energy compared with the normal X-ray emission seen when the stars were further apart on their elliptical orbit.

“This is the first time that we have found clear evidence for colliding winds in this system,” says Yael Nazé of the Université de Liège, Belgium, and lead author of the paper describing the results reported in Astronomy & Astrophysics.

“We only have a few other examples of winds in binary systems crashing together, but this one example can really be considered an archetype for this phenomenon.”

Unlike the handful of other colliding wind systems, the style of the collision in Cyg OB2 #9 remains the same throughout the stars’ orbit, despite the increase in intensity as the two winds meet.

“In other examples the collision is turbulent; the winds of one star might crash onto the other when they are at their closest, causing a sudden drop in X-ray emission,” says Dr Nazé.

“But in the Cyg OB2 #9 system there is no such observation, so we can consider it the first ‘simple’ example that has been discovered – that really is the key to developing better models to help understand the characteristics of these powerful stellar winds. ”

“This particular binary system represents an important stepping stone in our understanding of stellar wind collisions and their associated emissions, and could only be achieved by tracking the two stars orbiting around each other with X-ray telescopes,” adds ESA’s XMM-Newton project scientist Norbert Schartel.