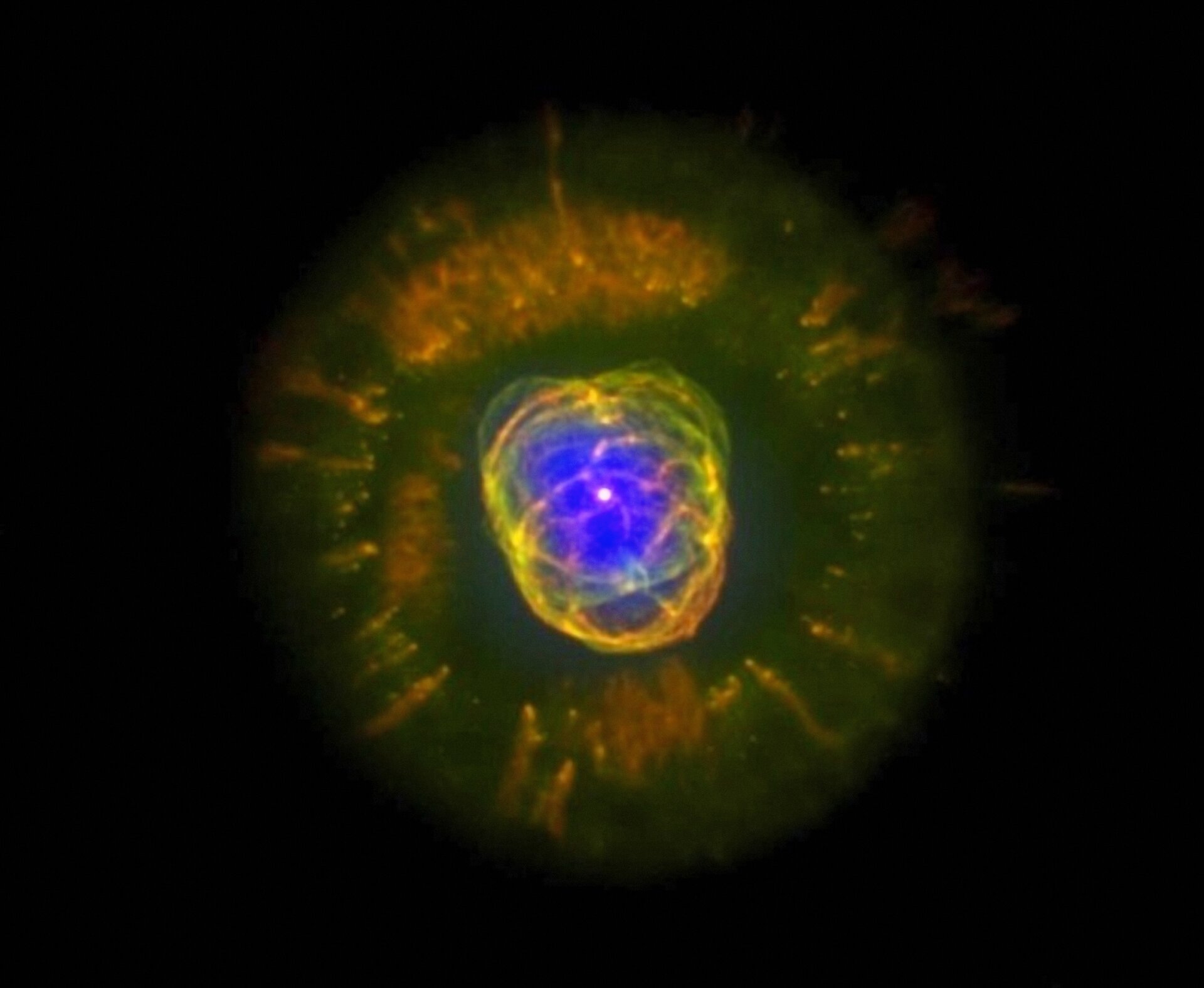 Peering inside the fur-lined hood of the Eskimo Nebula with ESA’s XMM-Newton space observatory reveals a hot face of X-ray-emitting gas blazing at 2 million degrees.

The image is a composite of XMM-Newton (blue) and Hubble Space Telescope (red and green) data and reveals the complex nature of planetary nebula – the end points of dying Sun-like stars.

As such a star evolves, it sheds its outer layers to expose the hot core. The intricate pattern of a planetary nebula emerges when the star’s ultraviolet radiation ionises the ejected material, making it visible at optical wavelengths.

The Eskimo Nebula, located about 4000 light-years from Earth in the constellation of Gemini, was discovered by William Herschel in 1787. It started forming about 10 000 years ago when the central star began blasting out an intense high-speed wind.

This broken ring of material comprises multiple comet-shaped objects, their tails streaming away from the central star and stretching up to a light-year out into space. These features form the Eskimo’s fur-lined hood, framing a small heart-shaped face buried inside.

A few thousand years ago the dying star puffed away its outer layers, forming the complex network of shells lit up in yellow in this image.

The Eskimo’s face is hot in X-rays, a result of interactions between the star’s fast winds colliding with the shell of the nebula. Here, temperatures reach some 2 million degrees Celsius, much hotter than the surrounding ejected material that glows at around 14 000ºC.

This image is taken from our archives, and was first published in the XMM-Newton image gallery in 2004.