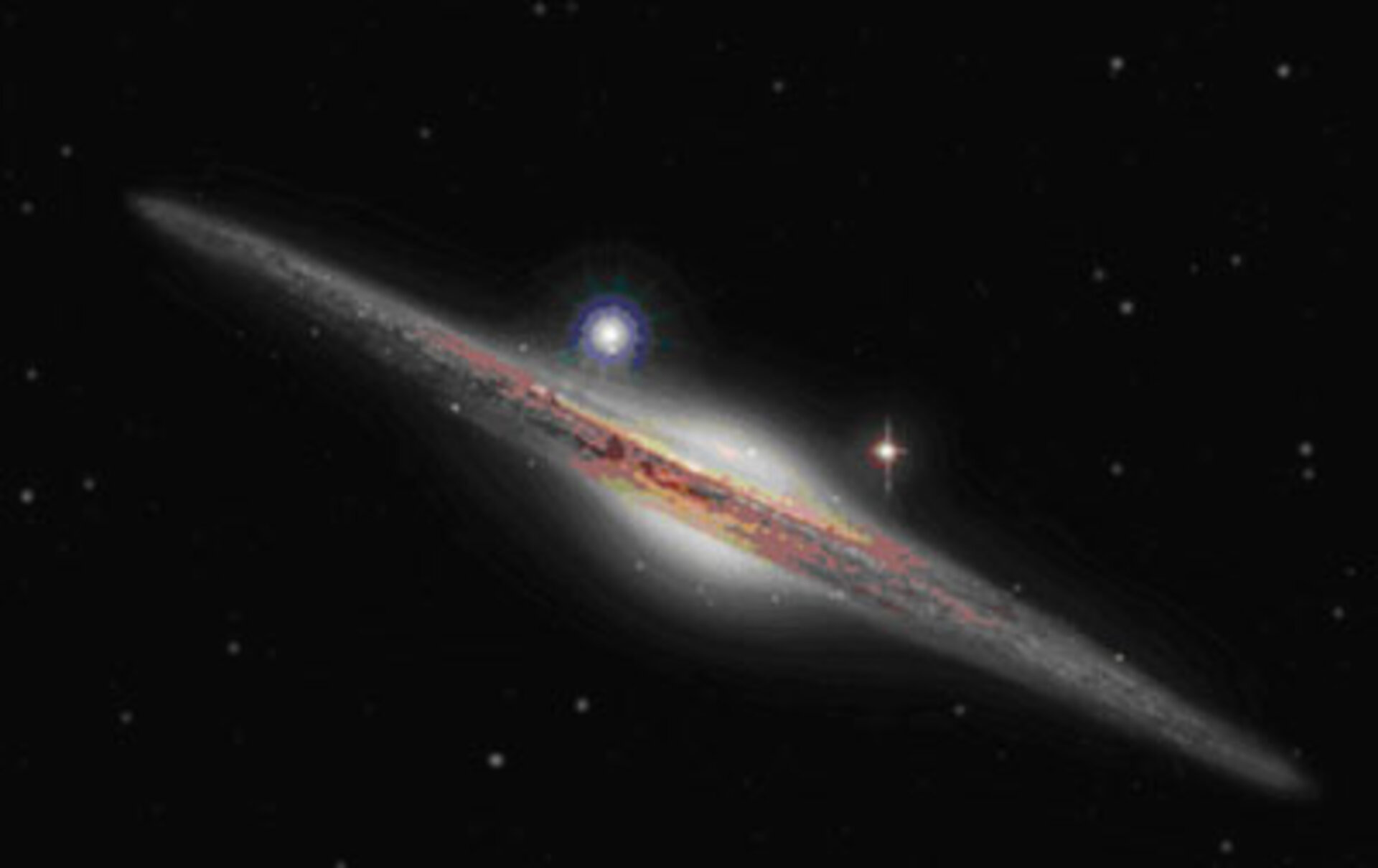 Astronomers using ESA’s XMM-Newton X-ray observatory have discovered a black hole weighing more than 500 solar masses, a missing link between lighter stellar-mass and heavier supermassive black holes, in a distant galaxy. This discovery is the best detection to date of a new class that has long been searched for: intermediate mass black holes.

Due to appear tomorrow in the journal Nature, the discovery has been made by an international team of researchers working with XMM-Newton data, led by Sean Farrell from the Centre d’Etude Spatiale des Rayonnements, now based at the University of Leicester.

Stellar-mass black holes (about three to twenty times as massive as the Sun) and supermassive black holes (several million to several thousand million times as massive as the Sun) have long been known to exist. Because of the large gap between these two extremes, scientists have speculated the existence of a third, intermediate class of black holes, with masses between a hundred and several hundred thousand solar masses.

Up until now, scientists were unable to confirm that this elusive intermediate class actually existed.

Farrell’s team were analysing archived data obtained by XMM-Newton, looking for neutron stars and white dwarves, when they stumbled upon a most peculiar object that was observed on 23 November 2004.

Called HLX-1 (Hyper-Luminous X-ray source 1), it lies towards the outskirts of the galaxy ESO 243-49, approximately 290 million light-years from Earth. If it is indeed located in this distant galaxy, HLX-1 is very luminous in X-rays; peaking at 260 million times the luminosity of the Sun.

On analysing the light originating from HLX-1, the team found that the X-ray signature was inconsistent with any object other than a feeding black hole. The measured brightness was too low for it to be in our own Galaxy, and the lack of observed radio or optical emission from the location of HLX-1 in addition to the observed X-ray signature indicates that it is unlikely to be a background galaxy.

HLX-1 is very luminous in X-rays; peaking at 260 million times the luminosity of the Sun.

This means that the source of the X-ray emission must lie in ESO 243-49. Its location is too far away from the galactic centre for it to be a supermassive black hole, and too bright for a stellar-mass black hole feeding at the maximum rate.

To be sure that this really was a single astronomical object, and not a cluster of several fainter sources that was shining brightly, the team used XMM-Newton to observe it again on 28 November 2008.

Comparing the two observations, they found that the signature of X-rays originating from HLX-1 varied significantly in time and concluded from this that it must be a single object. They found that the only way to explain its intense luminosity was if HLX-1 harboured a black hole greater than 500 solar masses. No other physical explanation could account for what they had seen.

The few intermediate-mass black hole candidates that have been discovered so far could be accounted for by other theories, but this one stood out as it was brighter than all the previous candidates by a factor of almost 10. The team had their hands on the best detection of an intermediate mass black holes to-date.

While it is already known that stellar-mass black holes are the remnants of massive stars, how supermassive black holes form is still unknown. One of the possible scenarios involves mergers of intermediate mass black holes. To ratify such a theory, it is essential to prove their existence in the first place.

This is why detections such as this by XMM-Newton are essential. It will help to understand just how supermassive black holes, such as that at the centre of our Galaxy, form.

The team have planned further observations in X-ray, ultraviolet, optical, infrared and radio wavelengths in the near future to better understand this unique object and the environment around it.