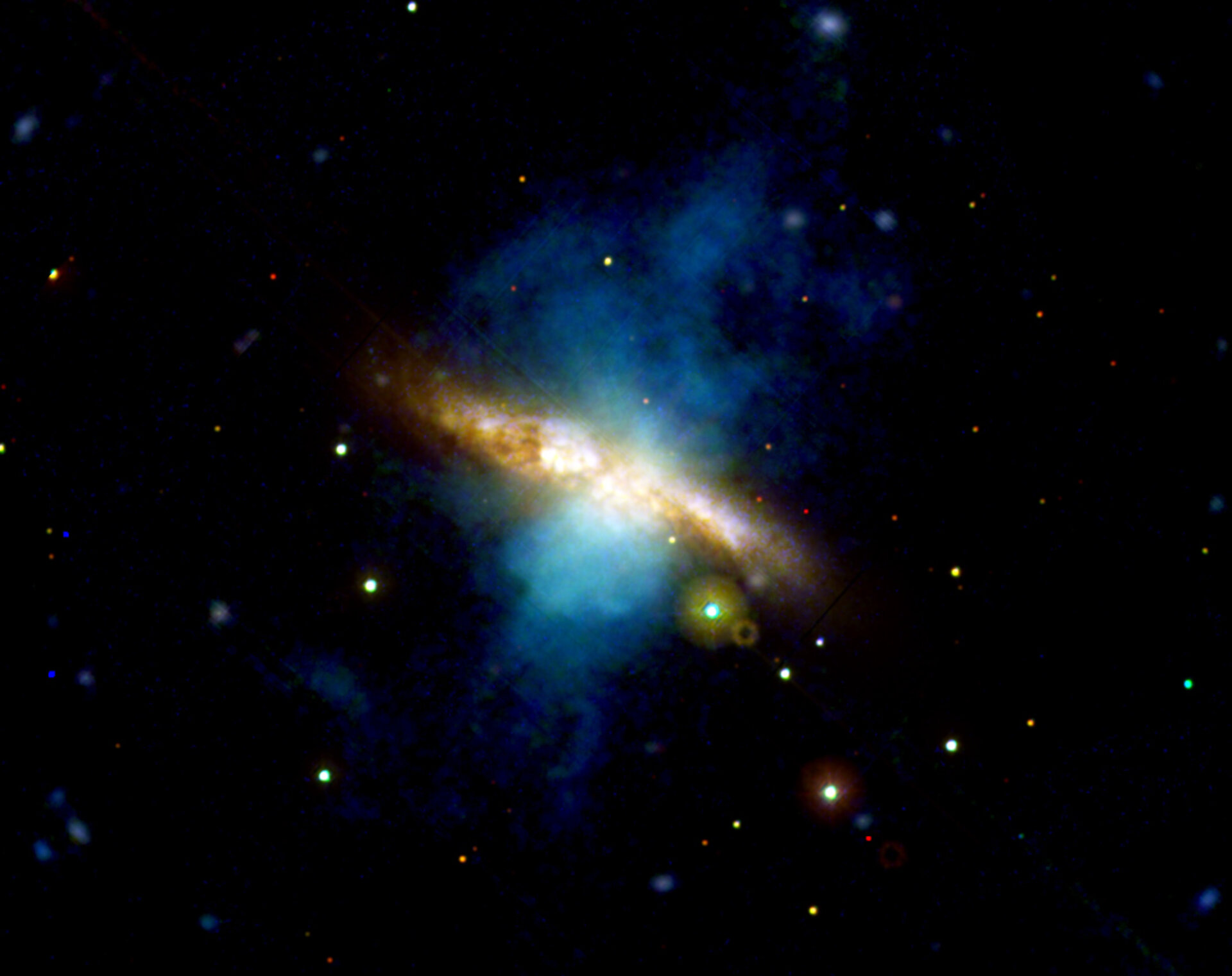 ESA’s spaceborne X-ray observatory, XMM-Newton, has carried out an exclusive observation of the galaxy Messier 82, for the ‘100 Hours of Astronomy’ cornerstone project for the International Year of Astronomy 2009.

The observatory was featured in the ‘Around the World in 80 Telescopes’ live webcast last week. This European space telescope has been studying the sky in X-ray, optical and ultraviolet wavelengths simultaneously, since its launch in December 1999.

The image is composed of several different XMM-Newton observations of Messier 82, adding up to 52.5 hours of observing time in total. The observations were carried out in X-ray, ultraviolet and visible wavelengths and include the special observation for the International Year of Astronomy 2009.

Messier 82 has several names including: M82, the Cigar Galaxy and NGC 3034. Located in the constellation Ursa Major at a distance of about 12 million light-years, it is the nearest and one of the most active starburst galaxies, i.e. it shows an exceptionally high rate of star formation. M82 is interacting gravitationally with its neighbour, the spiral galaxy Messier 81, which is most probably the cause for the violent starburst activity in the region around its centre, or the circumnuclear region.

The optical, ultraviolet and X-ray images from which this image has been derived are visible on the panels to the left and right of the image. The emission at different wavelengths is colour-coded as seen in each figure.

The optical and ultraviolet images show the very bright starry disc of the galaxy with striking dust lanes. The central image shows plumes of hot gas glowing in X-rays bursting out of the galactic disc (in blue). This results from very intense bursts of star formation in the circumnuclear region.

The last X-ray and ultraviolet observation of this galaxy was carried out on 3 April for the 100 Hours of Astronomy project. This last observation will also be made available for a scientific project led by Dr Feng from the University of Iowa, US.