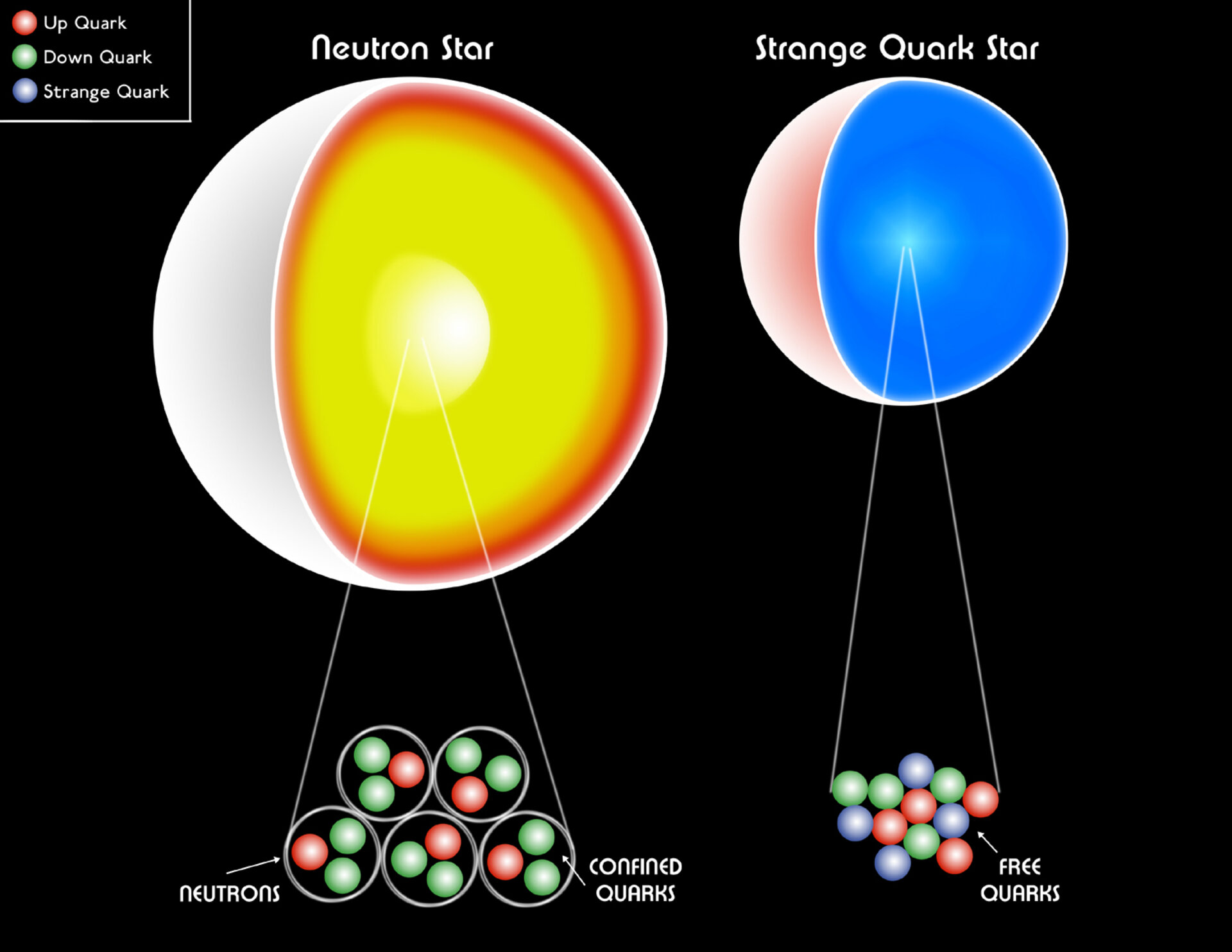 XMM-Newton has given astronomers and physics a valuable new insight into the most exotic stars in the Universe. Known as neutron stars, the composition of these extremely dense stellar objects has always been something of a puzzle. Now, XMM-Newton has revealed that they almost certainly resemble over-sized atomic nuclei.

Natalie Webb and Didier Barret, Centre d’Etude Spatiale des Rayonnements, Toulouse, France, have used XMM-Newton’s EPIC camera to find three previously undiscovered neutron stars and accurately measure the quantity of various X-rays coming from the their surfaces. They were then able to compare their results with theoretical predictions to deduce the internal composition of the neutron stars. All three neutron stars lie in globular clusters of stars that orbit the centre of our galaxy.

Neutron stars are the exotic remains of exploded stars. Whilst most of a massive star’s outer layers are thrown off into space, the dead heart at the centre of the former star implodes. Astronomers call this small heart a neutron star and it has some amazing properties. Although it is the size of an asteroid, usually about 10–12 kilometres across, it contains more mass than our Sun, meaning its composition must be highly dense - so dense, in fact, that it cannot be made of normal atoms.

Initially astronomers believed that the neutron star was composed almost exclusively of neutrons, all squeezed together and resembling a giant atomic nucleus. Doubts crept in when observations started showing that some neutron stars appeared to have higher masses than expected, up to double the mass of the Sun, whilst others appeared to have even smaller radii of just 6-8 kilometres, so astronomers postulated exotic models containing uncommon particles such as pions, kaons or quarks.

Determining the mass and radius of a neutron star is a big challenge because they are such small objects they cannot be seen in detail. Instead, astronomers must collect the light coming from the neutron star and then use computer models to converge on a solution that reveals the neutron star’s size and mass.

“Knowing the distance to the neutron star accurately is crucial in this work,” says Webb. This is why the researchers looked for neutron stars in the spherical clusters of stars surrounding the Milky Way. Known as globular clusters, these well-studied objects have accurate distance estimates, which can be used for any star found in them. The team identified a likely neutron star in three different clusters: Omega Centauri, M13 and NGC 2808.

The neutron stars were all found to be orbiting other stars and emitting X-rays. These X-rays are expecting to pass through an atmosphere of hydrogen gas surrounding the neutron star. Webb and Barret compared their results to those produced by new theories of possible neutron star interiors. The computer codes that used these theoretical models were only released into the astronomical community by other astronomy groups about a year ago.

They discovered that despite all the musing over highly complicated particle interiors, still the most likely composition of a neutron star is what astronomers first suspected forty years ago: neutrons. They found only one exotic solution that remained feasible, an interior made of quarks. These particles are constituents of neutrons and would be able to squeeze together more densely.

They hope to extend the work to other neutron stars.

Constraining the Equation of State of Supranuclear Dense Matter from XMM-Newton Observations of Neutron Stars in Globular Clusters by Natalie A Webb and Didier Barret is published in The Astrophysical Journal (Volume 671, Issue 1, pp. 727-73)3.