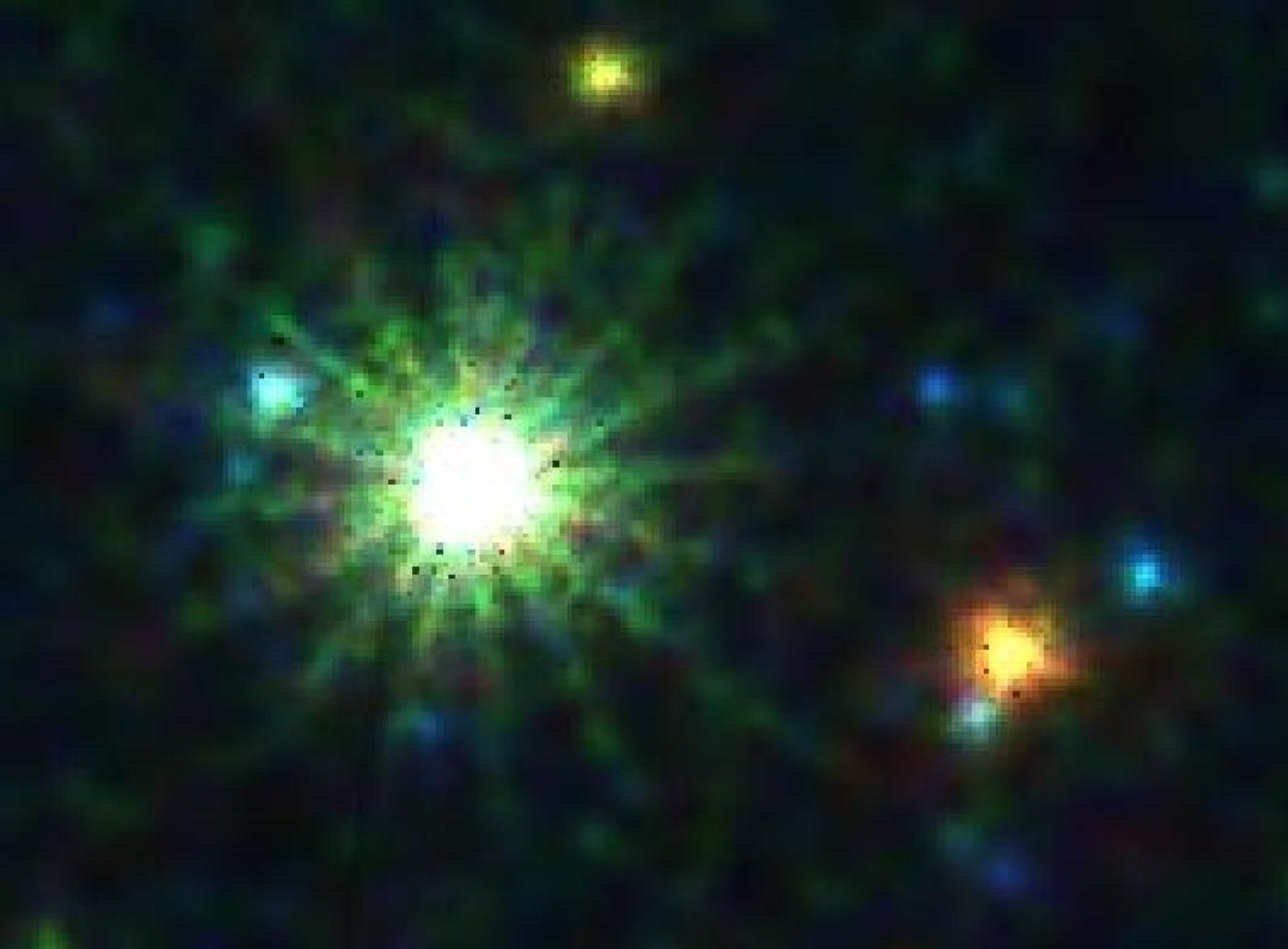 ESA's X-ray observatory XMM-Newton has revealed evidence for a magnetic field in space where astronomers never expected to find one. The magnetic field surrounds a young star called AB Aurigae and provides a possible solution to a twenty-year-old puzzle.

At 2.7 times the mass of the Sun, AB Aurigae is one of the most massive stars in the Taurus-Auriga star-forming cloud. Although amongst nearly 400 smaller stars, its ultraviolet radiation plays a key role in shaping the cloud. Its massive status puts it in a class known as Herbig stars, named after their discoverer George Herbig.

As part of a large programme to survey Taurus-Auriga at X-ray wavelengths, XMM-Newton systematically targeted AB Aurigae and the other young stars in this region, using its European Photon Imaging Camera (EPIC). AB Aurigae stood out brightly in the image, indicating that it was releasing X-rays.

X-rays are expected to come from young stars with strong magnetic fields but computer calculations have repeatedly suggested that Herbig stars do not have the correct internal conditions to generate an appreciable magnetic field. Yet for twenty years, astronomers have been detecting X-ray emission from them.

However, when an international team led by Manuel Güdel and his graduate student Alessandra Telleschi, of the Paul Scherrer Institut, Switzerland, analysed the AB Aurigae data, they found that the temperature of the gas producing the X-rays lay between one and five million degrees centigrade. "That was suspiciously low," Güdel says. Young sun-like stars possess gaseous atmospheres that are heated to 10 million degrees and higher, by their magnetic field.

To search for an explanation Telleschi and colleagues looked at high-resolution data of AB Aurigae taken with the orbiting observatory's Reflection Grating Spectrometers.

In this data they looked for a spectral fingerprint that would tell them how far above the star’s surface the X-ray-emitting gas was located.

To their surprise, they found that the X-rays were coming from high above the star. They had expected them to be much closer to the surface. X-rays high above the surface means that gas given off by the star, called the stellar wind, from two different hemispheres is probably being guided together into a collision. And the only thing that could do that was a magnetic field. It would not be a strong magnetic field, but it had to be a magnetic field nonetheless.

Luckily, a group of astronomers who had developed a magnetic field model of this kind for another class of star also worked in the Taurus-Auriga observing team. So it was easy for them to contribute their expertise.

Working with them, Telleschi, Güdel and their colleagues now propose that, as the vast pocket of gas collapsed to become AB Aurigae, it pulled with it part of the magnetic field that threaded that region of space. This field is now trapped inside the star and funnels the stellar winds together. Winds from the two hemispheres thus collide to create the X-rays.

It is a neat explanation for a twenty-year mystery but, at the moment, Güdel and colleagues do not know whether this is applicable to other Herbig stars. "That's the important question," Güdel says. To resolve it, high-resolution spectra of other Herbig stars will have to be taken.

"The first high-resolution X-ray spectrum of a Herbig Star: AB Aurigae," by Alessandra Telleschi, Manuel Güdel, Kevin Briggs, Stephen Skinner, Marc Audard, and Elena Franciosini, will be published in a forthcoming issue of Astronomy and Astrophysics.