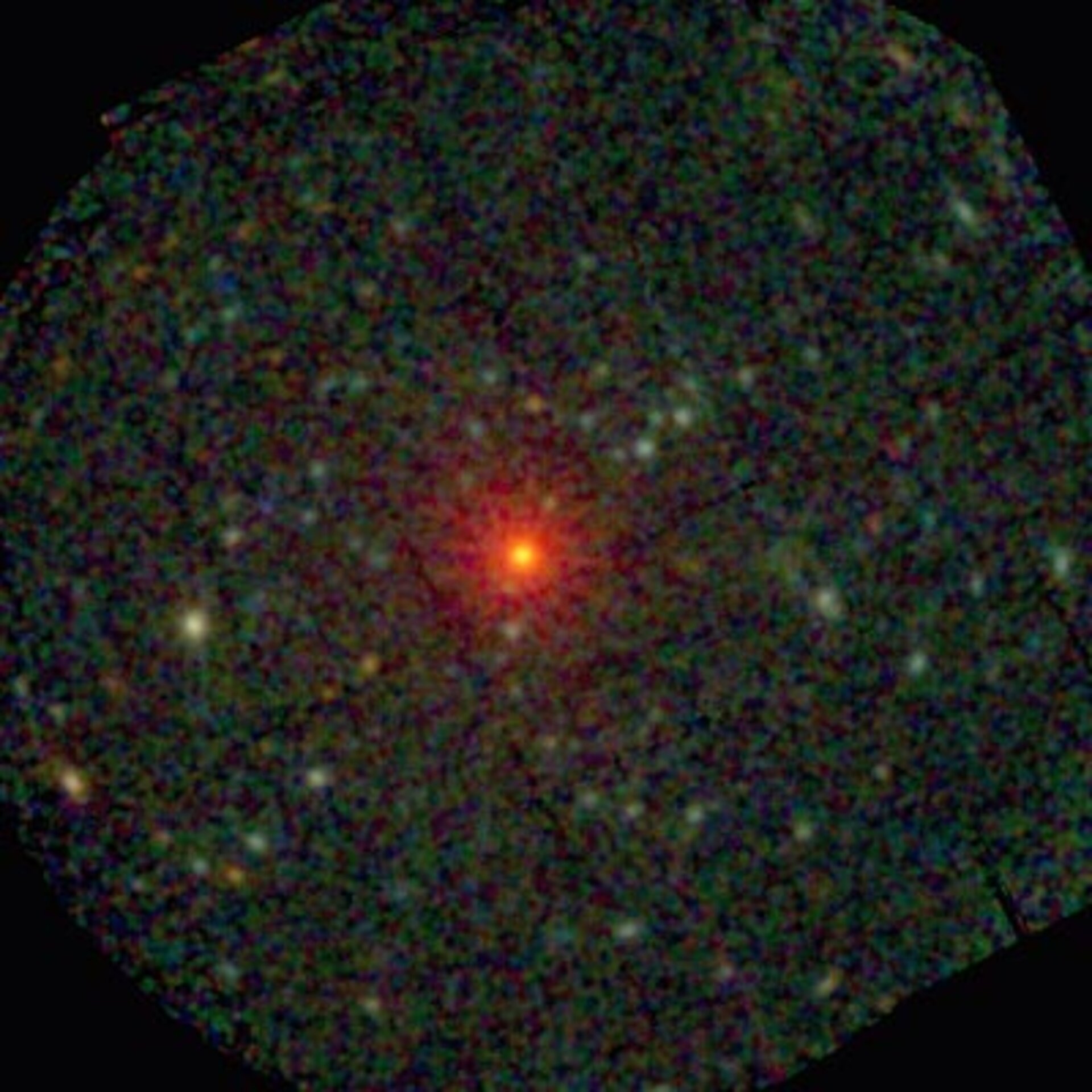 Using data from ESA's XMM-Newton X-ray observatory, an international group of astrophysicists discovered that one spinning neutron star doesn’t appear to be the stable rotator scientists would expect. These X-ray observations promise to give new insights into the thermal evolution and finally the interior structure of neutron stars.

Spinning neutron stars, also known as pulsars, are generally known to be highly stable rotators. Thanks to their periodic signals, emitted either in the radio or in the X-ray wavelength, they can serve as very accurate astronomical ‘clocks’.

The scientists found that over the past four and a half years the temperature of one enigmatic object, named RX J0720.4-3125, kept rising. However, very recent observations have shown that this trend reversed and the temperature is now decreasing.

According to the scientists this effect is not due to a real variation in temperature, but instead to a changing viewing geometry. RX J0720.4-3125 is most probably ‘precessing’, that is it is slowly tumbling and therefore, over time, it exposes to the observers different areas of the surface.

Neutron stars are one of the endpoints of stellar evolution. With a mass comparable to that of our Sun confined into a sphere of 20-40 km diameter, their density is even somewhat higher than that of an atomic nucleus - a billion tonnes per cubic centimetre. Soon after their birth in a supernova explosion their temperature is of the order of 1 000 000 ºC and the bulk of their thermal emission falls in the X-ray band of the electromagnetic spectrum. Young isolated neutron stars are slowly cooling down and it takes a million years before they become too cold to be observable in X-rays.

Neutron stars are known to possess very strong magnetic fields, typically several trillion times stronger than that of the Earth. The magnetic field can be so strong that it influences the heat transport from the stellar interior through the crust leading to hot spots around the magnetic poles on the star surface.

It is the emission from these hotter polar caps which dominates the X-ray spectrum. There are only a few isolated neutron stars known from which we can directly observe the thermal emission from the surface of the star. One of them is RX J0720.4-3125, rotating with a period of about eight and a half seconds. “Given the long cooling time scale it was therefore highly unexpected to see its X-ray spectrum changing over a couple of years,” said Frank Haberl from the Max-Planck-Institute for Extraterrestrial Physics in Garching (Germany), who led the research group.

“It is very unlikely that the global temperature of the neutron star changes that quickly. We are rather seeing different areas of the stellar surface at different times. This is also observed during the rotation period of the neutron star when the hot spots are moving in and out of our line of sight, and so their contribution to the total emission changes,” Haberl continued.

A similar effect on a much longer time scale can be observed when the neutron star precesses (similarly to a spinning top). In that case the rotation axis itself moves around a cone leading to a slow change of the viewing geometry over the years. Free precession can be caused by a slight deformation of the star from a perfect sphere, which may have its origin in the very strong magnetic field.

During the first XMM-Newton observation of RX J0720.4-3125 in May 2000, the observed temperature was at minimum and the cooler, larger spot was predominantly visible. On the other hand, four years later (May 2004) the precession brought into view mostly the second, hotter and smaller spot, that made the observed temperature increase. This likely explains the observed variation in temperature and emitting areas, and their anti-correlation.

In their work Haberl and colleagues developed a model for RX J0720.4-3125 which can explain many of the peculiar characteristics which have been a challenge to explain so far. In this model the long-term change in temperature is produced by the different fractions of the two hot polar caps which enter into view as the star precesses with a period of about seven to eight years.

In order for such a model to work, the two emitting polar regions need to have different temperatures and sizes, as it has been recently proposed in the case of another member of the same class of isolated neutron stars.

According to the team, RX J0720.4-3125 is probably the best case to study precession of a neutron star via its X-ray emission directly visible from the stellar surface. Precession may be a powerful tool to probe the neutron star interior and learn about the state of matter under conditions which we can not produce in the laboratory.

Additional XMM-Newton observations are planned to further monitor this intriguing object. “We are continuing the theoretical modelling from which we hope to learn more about the thermal evolution, the magnetic field geometry of this particular star and the interior structure of neutron stars in general,” Haberl concluded.