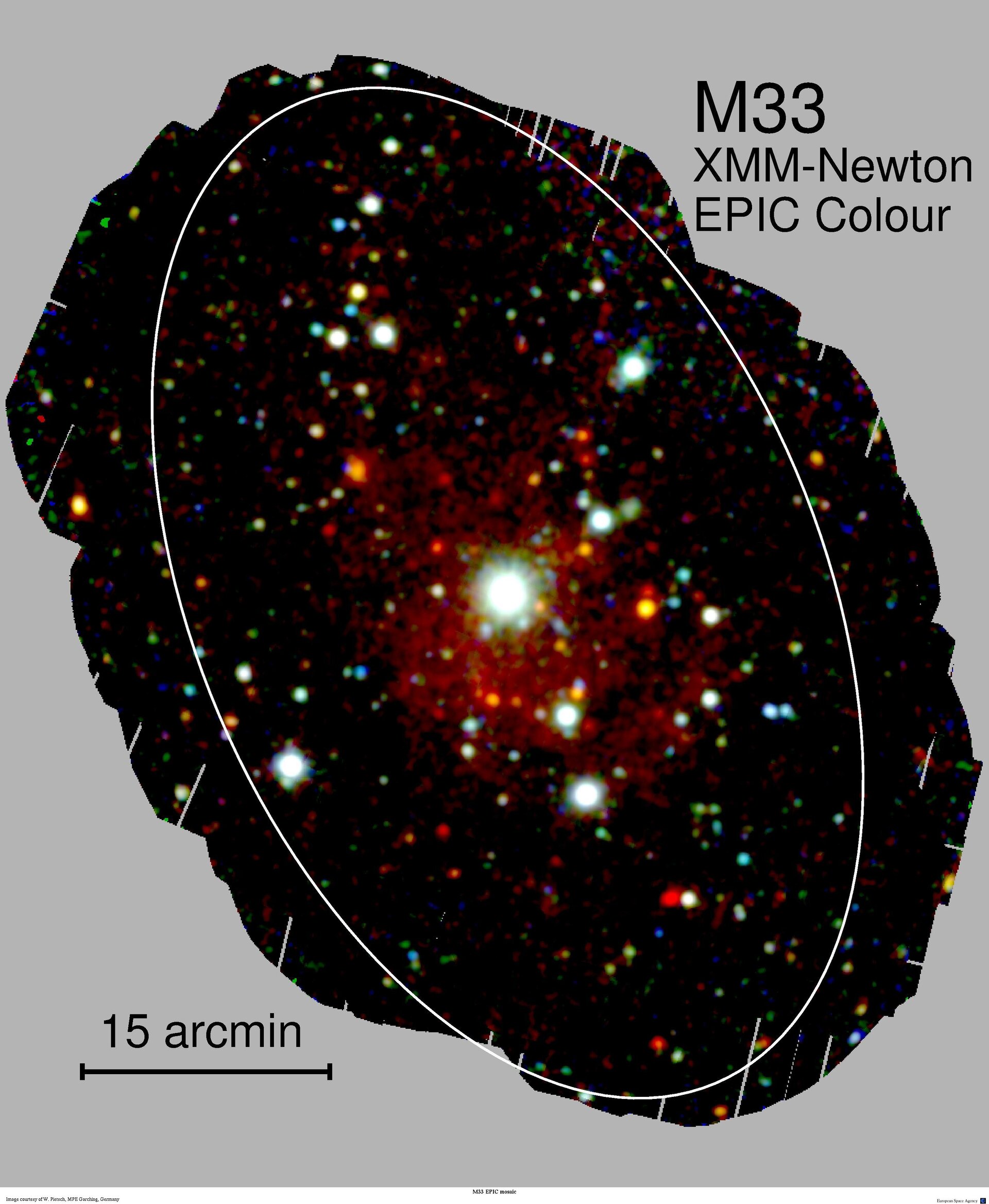 XMM-Newton, ESA's X-ray observatory, continues to probe into the unknown. After five years of operations, this month saw the publication of its 1000th scientific paper in top-class scientific journals, corresponding to an equivalent number of results.

But this is not the only record-breaking figure for this X-ray 'hunter' mission.

There are several ways to measure the scientific success of a mission. One is certainly to look at the use the scientific community makes of the data obtained by the mission, and at the number, novelty and significance of the results so produced.

From the very beginning of its operations in early 2000, hundreds of scientists all around the world have been subscribing to 'book' observing time with XMM-Newton, eager to obtain data and new clues about the hidden and powerful phenomena taking place in the Universe – black holes, birth and death of stars and active galactic nuclei.

Each of the five calls for observation proposals issued so far by ESA towards the scientific community, resulted in a subscription exceeding the number of observing slots available seven times over.

More than 1600 astronomers, an estimated 20 per cent of the worldwide community, had participated to provide their ideas for using XMM-Newton to target highly energetic, exotic and still-mysterious space objects.

XMM-Newton's capabilities are unprecedented and unique, with optics that are a masterpiece of engineering.

Scientific results based on XMM-Newton data are now being published at a steady rate of almost 300 papers per year, comparable to the famous NASA/ESA Hubble Space Telescope.

Why this huge interest in XMM-Newton? What gives the mission such a world-class profile? The fact is that XMM-Newton's capabilities are unprecedented and unique, with optics that are a masterpiece of engineering.

Each of its three X-ray telescopes is made of 58 co-axial cylindrical mirrors, capable of reflecting X-rays coming from numerous cosmic sources onto the spacecraft special detectors. This is enabling astronomers to discover in one day more than any other X-ray mission has discovered over weeks of operations.

XMM-Newton is among the X-ray observatories with the highest spectral resolution. It is in fact with X-ray spectroscopy - the spreading of light into its components - that XMM-Newton is revealing the deepest secrets of a source, such as its chemical composition, temperature, and even its velocity.

The huge collective area of the mirrors is fundamental to obtain high-quality spectra of faint and serendipitous objects with the imaging cameras. Furthermore, with its six powerful instruments including an optical monitor with ultraviolet capabilities, this space observatory can have a look at sources in several wavelengths simultaneously.

XMM-Newton has been already unveiling many stars' secrets. Among its discoveries, it characterised for the first time X-ray spectra and light curves of some classes of proto-stars (stars being born) and provided an unprecedented insight into the X-ray variability of the corona of stars similar to our Sun.

With its capability to respond as quickly as five hours to target-of-opportunity requests for observing elusive gamma-ray bursts, this space observatory detected for the first time an X-ray halo around the bursts, where the halo appeared as concentric ring-like structures centred on the burst location.

XMM-Newton has already shed new light on supernovae remnants, as well as on neutron stars. On the latter, an exciting discovery was that of a bow shock aligned with the supersonic motion of a neutron star (called 'Geminga'), and the detection of hot spots indicating that the configuration of neutron stars magnetic field and surface temperatures are much more complex than previously thought.

These and other fundamental discoveries on clusters of galaxies, dark matter, and the way of determining mass and spin in gigantic black holes in active galactic nuclei, are only a part of the findings obtained thanks to XMM-Newton's data.

"The mission source catalogue contains detailed information on about 50 000 new X-ray sources. This will rise up to 200 000 this year, when a new catalogue is to be released," says Norbert Schartel, ESA's XMM-Newton Project Scientist.

"These top-class data are precious material for the astronomical community which is already making an extraordinary use of them. We are glad and proud that XMM-Newton results continue to break new ground in many scientific fields, and we are looking forward to the exciting challenges that lie ahead for the mission," he concluded.

XMM-Newton was launched on 10 December 1999. In November 2005, the mission was extended until 31 March 2010. A further review of the scientific performance and of the missions status will take place around autumn 2007.