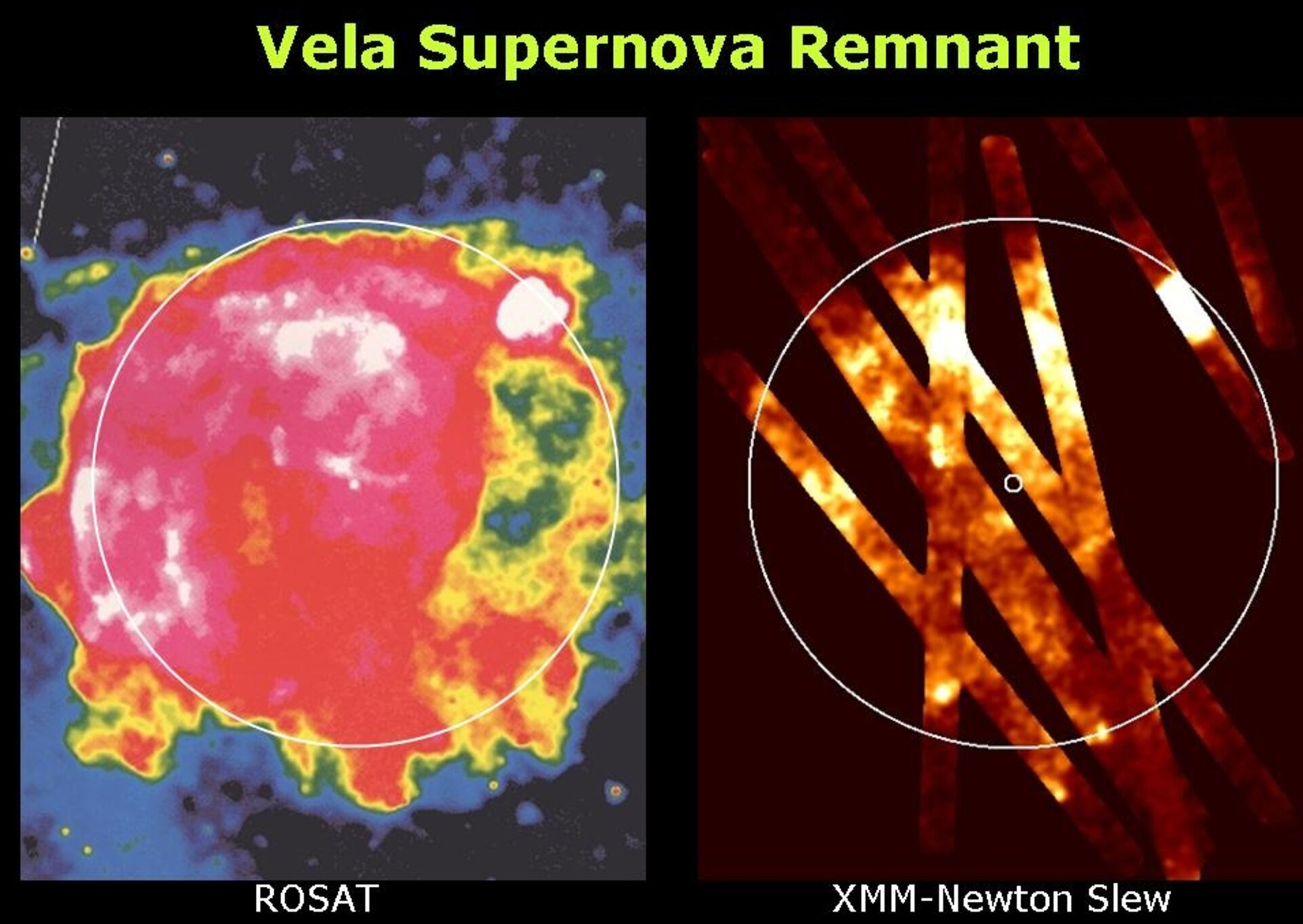 For the past four years, while ESA’s XMM-Newton X-ray observatory has been slewing between different targets ready for the next observation, it has kept its cameras open and used this spare time to quietly look at the heavens. The result is a 'free-of-charge' mission spin-off – a survey that has now covered an impressive 25 percent of the sky.

The rapid slewing of the satellite across the sky means that a star or a galaxy passes in the field of view of the telescope for ten seconds only. However, the great collecting area of the XMM-Newton mirrors, coupled with the efficiency of its image sensors, is allowing thousands of sources to be detected.

Furthermore, XMM-Newton can pinpoint the position of X-rays coming from the sky with a resolution far superior to that available for most previous all-sky surveys. This is sufficient to allow the source of these X-rays to be found in many cases.

By comparing XMM-Newton survey’s data with those obtained over a decade ago by the international ROSAT mission, which also performed an all-sky survey, scientists can now check the long-term stability, or the evolution, of about two thousand objects in the sky.

An initial look shows that some sources have changed their brightness level by an incredible amount. The most extreme of these are variable stars and more surprisingly galaxies, whose unusual volatility may be due to large quantities of matter being consumed by an otherwise dormant central black hole.

The slew survey is particularly sensitive to active galactic nuclei (AGN) - galaxies with an unusually bright nucleus – which can be traced out to a distance of ten thousand million light years.

While most stars and galaxies look like points in the sky, about 15 percent of the sources catalogued by XMM-Newton have an extended X-ray emission. Most of these are clusters of galaxies - gigantic conglomerations of galaxies which trap hot gas that emit X-rays over scales of a million light years.

Eighty-one of these clusters are already famous from earlier work but many other clusters, previously unknown, appear in this new XMM-Newton sky catalogue.

Scientists hope that the newly detected sources of this kind also include very distant clusters which are highly luminous in X-rays, as these objects are invaluable for investigating the evolution of the Universe. Follow-up observations by large optical telescopes are now needed to determine the distances of the individual galaxies in the newly discovered clusters.

Using traditional pointed observations, it takes huge amounts of telescope-time to image very large sky features, such as old supernova remnants, in their entirety. The slewing mechanism provides a very efficient method of mapping these objects, and several have been imaged including the 20 000 year-old Vela supernova remnant, which occupies a sky area 150 times larger than the full moon.

Extraordinarily bright, low-mass X-ray binary systems of stars (called 'LMXB') – either powered by matter pulled from a normal star, or exploding onto the surface of a neutron star, or being consumed by a black hole - are observed with sufficient sensitivity to record their detailed light spectrum. Passes across these intense X-ray sources can help astronomers to understand the long-term physics of the interaction between the two stars of the binary system.

Many areas of astronomy are expected to be influenced by the XMM-Newton sky survey. Today, 3 May 2006, the XMM-Newton scientist have released a part of the catalogue resulting from the initial processing of the highest quality data obtained so far.

Such data correspond to a sky coverage of about 15 percent, and include more than 2700 very bright sources and a further 2000 sources of lower significance. Currently, about 55 percent of the catalogue entries have been identified with known stars, galaxies, quasars and clusters of galaxies.

A faster turn-around of slew-data processing is now planned to catch interesting transient (or temporary) targets in the act, before they have a chance to fade. This will give access to rare, energetic events, which only a sensitive wide-angle survey such as XMM-Newton’s can achieve.

It is planned to continually update the catalogue as XMM-Newton charts its way through the stars. This will cover at least 80 percent of the sky, leaving a tremendous legacy for the future.