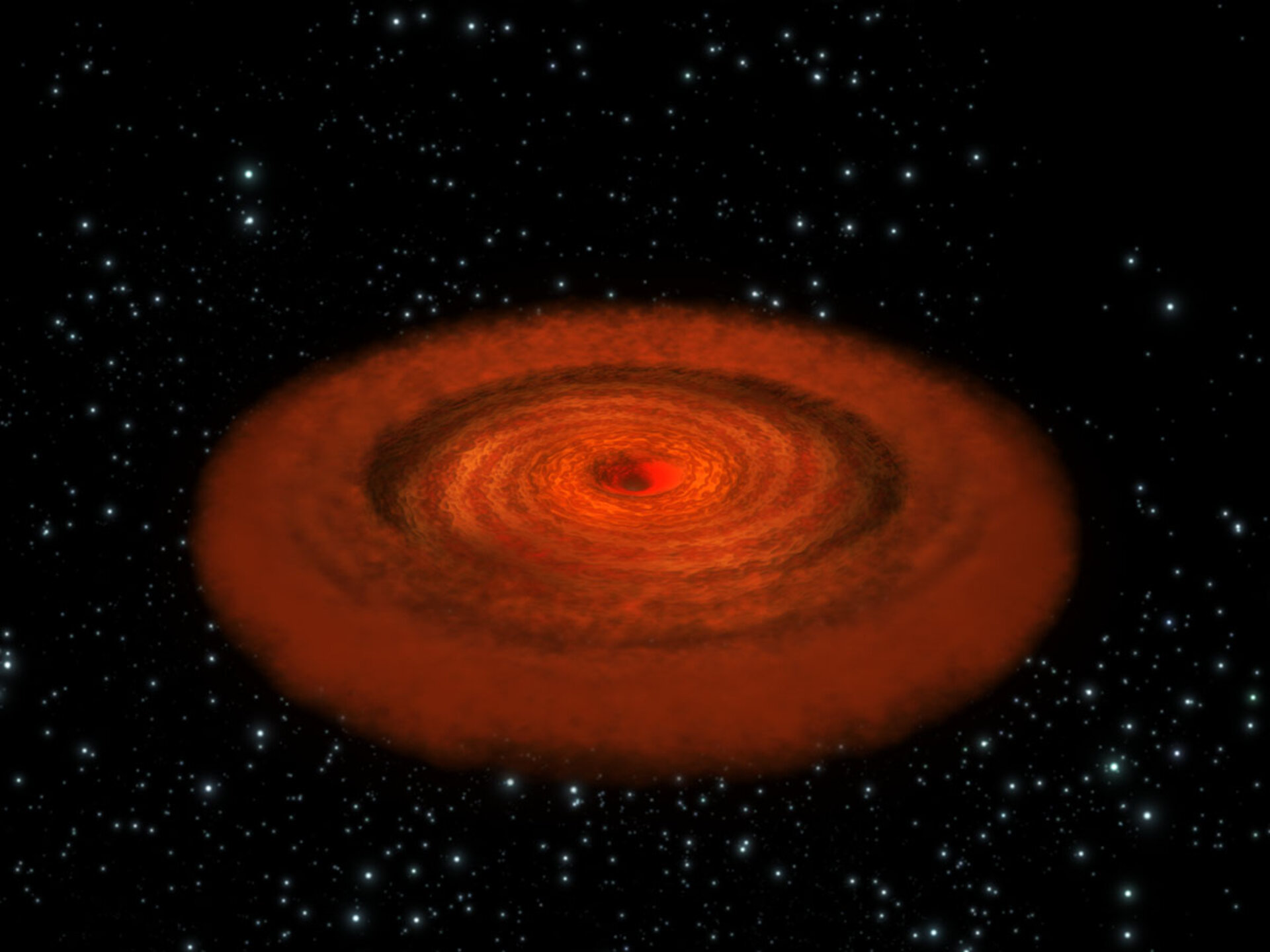 Using new data from ESA’s XMM-Newton spaceborne observatory, astronomers have probed closer than ever to a supermassive black hole lying deep at the core of a distant active galaxy.

The galaxy – known as 1H0707-495 – was observed during four 48-hr-long orbits of XMM-Newton around Earth, starting in January 2008. The black hole at its centre was thought to be partially obscured from view by intervening clouds of gas and dust, but these current observations have revealed the innermost depths of the galaxy.

“We can now start to map out the region immediately around the black hole,” says Andrew Fabian, at the University of Cambridge, who headed the observations and analysis.

X-rays are produced as matter swirls into a supermassive black hole. The X-rays illuminate and are reflected from the matter before its eventual accretion. Iron atoms in the flow imprint characteristic iron lines on the reflected light. The iron lines are distorted in a number of characteristic ways: they are affected by the speed of the orbiting iron atoms, the energy required for the X-rays to escape the black hole’s gravitational field, and the spin of the black hole. All these features show that the astronomers are tracking matter to within twice the radius of the black hole itself.

The black hole is swallowing the equivalent of two Earths per hour.

XMM-Newton detected two bright features of iron emission in the reflected X-rays that had never been seen together in an active galaxy. These bright features are known as the iron L and K lines, and they can be so bright only if there is a high abundance of iron. Seeing both in this galaxy suggests that the core is much richer in iron than the rest of the galaxy.

The direct X-ray emission varies in brightness with time. During the observation, the iron L line was bright enough for its variations to be followed.

A painstaking statistical analysis of the data revealed a time lag of 30 seconds between changes in the X-ray light observed directly, and those seen in its reflection from the disc. This delay in the echo enabled the size of the reflecting region to be measured, which leads to an estimate of the mass of the black hole at about 3 to 5 million solar masses.

The observations of the iron lines also reveal that the black hole is spinning very rapidly and eating matter so quickly that it verges on the theoretical limit of its eating ability, swallowing the equivalent of two Earths per hour.

The team are continuing to track the galaxy using their new technique. There is a lot for them to study. Far from being a steady process, like water slipping down a plughole, a feeding black hole is a messy eater. “Accretion is a very messy process because of the magnetic fields that are involved,” says Fabian.

Their new technique will enable the astronomers to map out the process in all its glorious complexity, taking them to previously unseen regions at the very edges of this and other supermassive black holes.

'The detection of Broad Iron K and L line emission in the Narrow-Line Seyfert 1 Galaxy 1H0707-495 using XMM-Newton', by A. Fabian et al. will be published in Nature tomorrow.