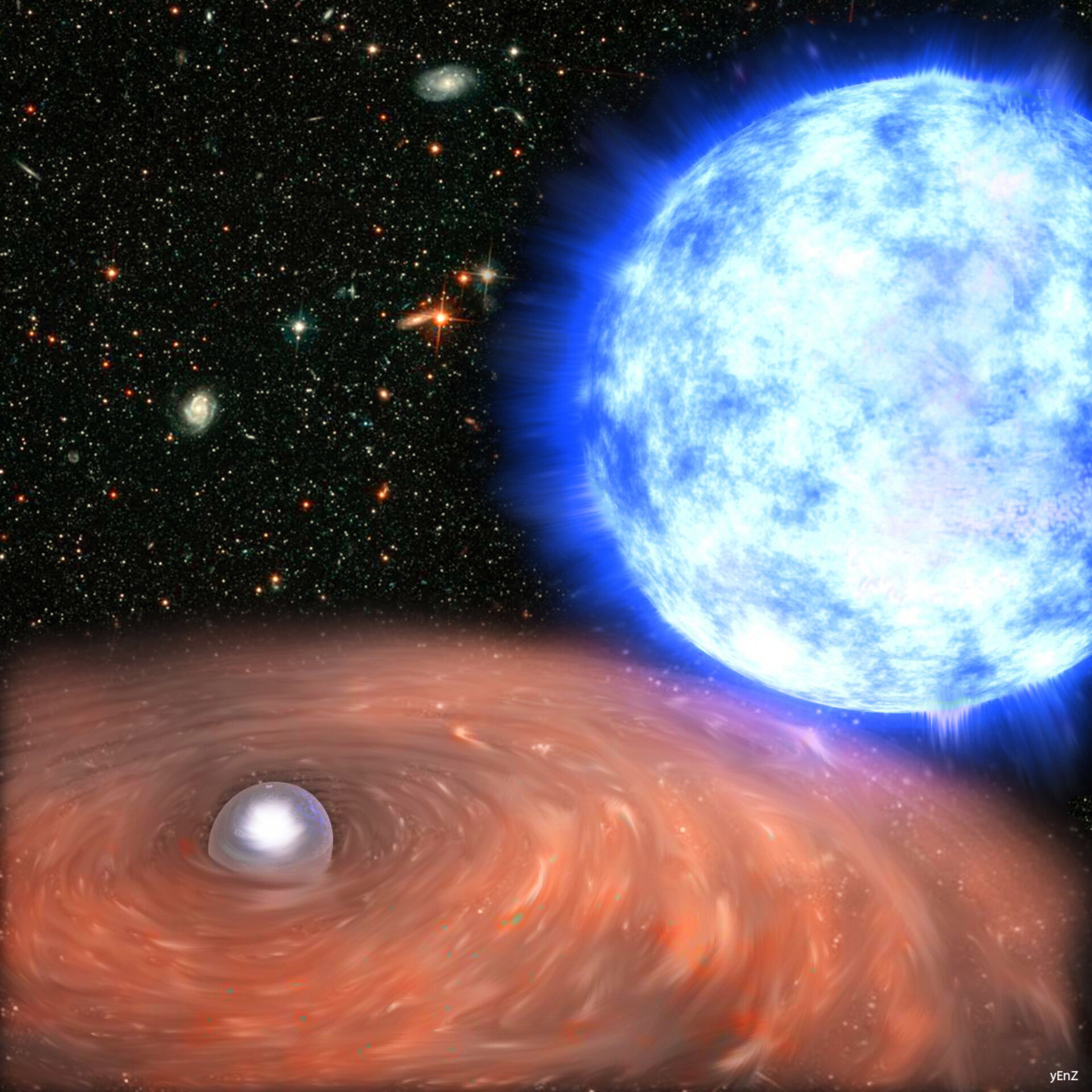 ESA's XMM-Newton orbiting X-ray telescope has uncovered a celestial Rosetta stone: the first close-up of a white dwarf star, circling a companion star, that could explode into a particular kind of supernova in a few million years. These supernovae are used as beacons to measure cosmic distances and ultimately understand the expansion of our Universe.

Astronomers have been on the trail of this mysterious object since 1997 when they discovered that something was giving off X-rays near the bright star HD 49798. Now, thanks to XMM-Newton’s superior sensitivity, the mysterious object has been tracked along its orbit. The observation has shown it to be a white dwarf, the dead heart of a star, shining X-rays into space.

Sandro Mereghetti, INAF–IASF Milan, Italy, and collaborators also discovered that this is no ordinary white dwarf. They measured its mass and found it to be more than twice what they were expecting. Most white dwarfs pack 0.6 solar masses into an object the size of Earth. This particular white dwarf contains at least double that mass but has a diameter just half that of Earth. It also rotates once every 13 seconds, the fastest of any known white dwarf.

The mass determination is reliable because the XMM–Newton tracking data allowed the astronomers to use the most robust method for ‘weighing’ a star, one that uses the gravitational physics devised by Isaac Newton in the 17th century. Most likely, the white dwarf has grown to its unusual mass by stealing gas from its companion star, a process known as accretion. At 1.3 solar masses, the white dwarf is now close to a dangerous limit.

The star is likely to explode in a few million years’ time... Calculations suggest that it will blaze initially with the intensity of the full moon and be so bright that it will be seen in the daytime sky with the naked eye.

When it grows larger than 1.4 solar masses, a white dwarf is thought to either explode, or collapse to form an even more compact object called a neutron star. The explosion of a white dwarf is the leading explanation for type Ia supernovae, bright events that are used as standard beacons by astronomers to measure the expansion of the Universe. Until now, astronomers have not been able to find an accreting white dwarf in a binary system where the mass could be determined so accurately.

“This is the Rosetta stone of white dwarfs in binary systems. Our precise determination of the masses of the two stars is crucial. We can now study it further and try to reconstruct its past, so that we can calculate its future,” says Mereghetti.

That future is a spectacular one. The star is likely to explode in a few million years’ time. Although it is far enough to pose no danger to Earth, it is close enough to become an extraordinarily spectacular celestial sight. Calculations suggest that it will blaze initially with the intensity of the full moon and be so bright that it will be seen in the daytime sky with the naked eye.

Our descendants are in for quite a show. Thanks to XMM-Newton, we can already start looking forward to it.