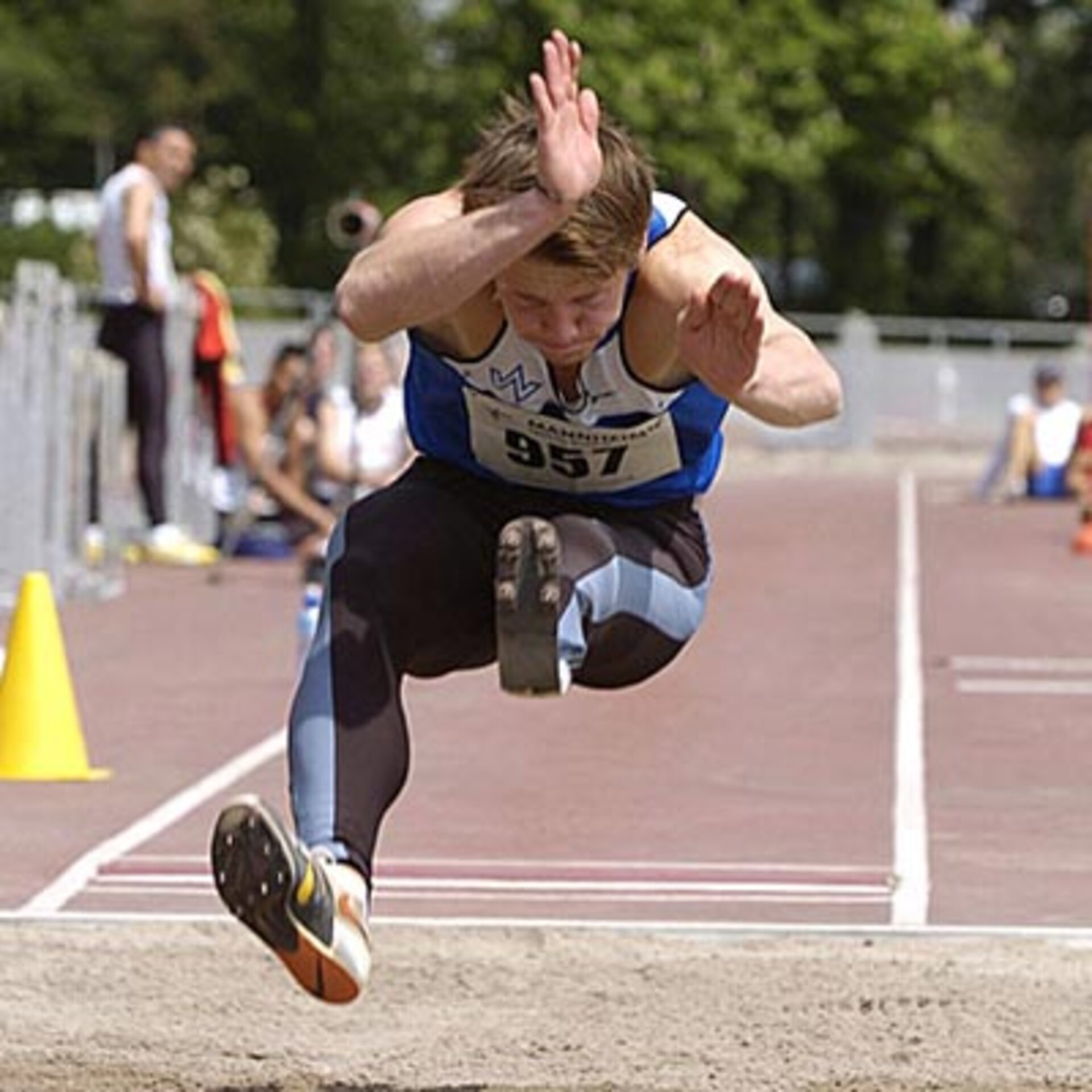 At the 2004 Paralympics this week, Wojtek Czyz, the world record holder for long jump, will be trusting in space technology and expertise to help him win his first Olympic medal. For the competition, parts of the prosthesis he will be using are made from material designed for space to make it both stronger and lighter.

Czyz lost part of his left leg in a sports accident three years ago and in order to continue his passion for “everything that has to do with sport”, this meant that he had to use a prosthesis.

“I had a big problem with my old prosthesis as the connecting angle between the knee and the lower-leg spring often broke when I was doing long jump," he explains. Not only was this a practical problem, even more important it created a psychological barrier. “When I exercised I was always worried that my artificial leg wouldn’t hold, and I never knew how far I could push myself and the prosthesis when jumping."

Space materials to the rescue

Most disabled people have to rely on ‘standard’ prostheses for everyday use and there is a very limited market for custom-made components for sports activities. The standard prostheses used by athletes could be better optimised for weight reduction and designed for the load conditions encountered in competitive sports.

ESA's Technology Transfer and Promotion Office, together with MST Aerospace, the German technology transfer broker managing ESA’s Technology Transfer Network, became aware of the athlete’s problem through reports on German TV and in the press. Following contacts with Czyz to identify his most crucial technological needs ESA and MST agreed to look into the problem.

"The objective," says Pierre Brisson, Head of ESA’s Technology Transfer and Promotion Office "was to find solutions based on space technologies for disabled people to help them participate in sports at competitive levels as well as enjoy a better quality of life."

Together with Wojtek Czyz three areas that needed improving were identified: the artificial limb itself, the fit and training conditions.

Biomedical procedures determined which parts of the prostheses could be improved for running and jumping and it became clear that the major problem was the knee joint element, namely the L-shaped bracket between the artificial knee and the carbon feather, which replaces the lower leg.

On behalf of ESA, MST contacted ISATEC, a German company with experience in the use of high-performance materials in space projects, such as high-strength aluminium alloys, titanium and carbon-fibre-reinforced-plastics (CFRP). This company designs and analyses structures in CFRP used for rocket motors and the Alpha Magnet Spectrometer (AMS) experiment on the International Space Station (ISS). AMS is a detector designed for extraterrestrial study of antimatter, matter and missing matter. Using the same techniques and expertise, ISATEC analysed and optimised the L-shape bracket to improve the artificial limb for use in competitive sports.

"Detailed analysis suggested different solutions for different sports, each optimised for a specific use," explains Johannes Schmidt, Project Manager at MST. "For sprinting a bracket manufactured from a high-strength aluminium alloy was developed, the material used by ESA in its AMS experiment."

"For long jumping the situation is different and a composite bracket was made out of carbon fibre and fabric layers," continues Johannes Schmidt. "After feedback from the athlete the first version was altered and a softer second version constructed."

The layer-by-layer stress analysis carried out on more than 40 unidirectional and fabric plies was particularly important as it ensured that the material selected for the bracket was strong enough to support the extra load during long jump. The new more stiff and resistant L-shape bracket is both lighter and stronger, providing athletes with greater security while exercising.

"Only many years of work using and optimising these special materials for use in space made it possible to produce the high performing brackets for Czyz's prosthesis," says Schmidt.

Czyz also told MST that he always had problems fitting the prosthesis to his leg. "Depending on my general health, the size of my stump can widen or narrow; making it difficult to attach the prosthesis securely. It has even fallen off during some training sessions."

PEMS was developed and manufactured by the Swiss company Syderal to prevent the effects of microgravity on astronauts particularly muscle atrophy and accompanying effects like bone mineralization and cardiovascular de-conditioning. In 1996 PEMS I flew on the Space Shuttle and PEMS II is planned to be delivered to the ISS next May.

In June this year ESA’s Human Spaceflight Directorate provided the PEMS II training device and it was installed at the German Sports University in Cologne (DSHS) to help Czyz increase his muscle mass and reduce atrophy in the leg. The training was guided by Professor Narici of the Manchester Metropolitan University who already performed intensive research with PEMS I and II, Dr Zange of the Institute of Aerospace Medicine at the German Aerospace Centre (DLR) supported by Dr Schneider and Dr Abel from the Institute of Motor Control and Movement Technique at DSHS, and Prof Maffulli from Keele University School of Medicine. DLR also made available test facilities in Köln Porz.

For training purposes the athlete wore a training suit developed by the Italian company Grado Zero Espace. The fabric consists of a shape memory membrane based on a polymer used in space applications for collapsible wheels on planetary rovers as well as for deployable space structures.

Czyz is also hoping for medals in the 100 m and 200 m sprint but his main love is the long jump. "Taking part in the Olympics will be nerve-wracking as it is not the same as jumping at home. In 2003 I beat the world record with a 5.85 metre jump and with the redesigned parts in the prosthesis my jumps have increased by 20 cm. Hopefully I can make a new Olympic record in Athens by passing 6 m."