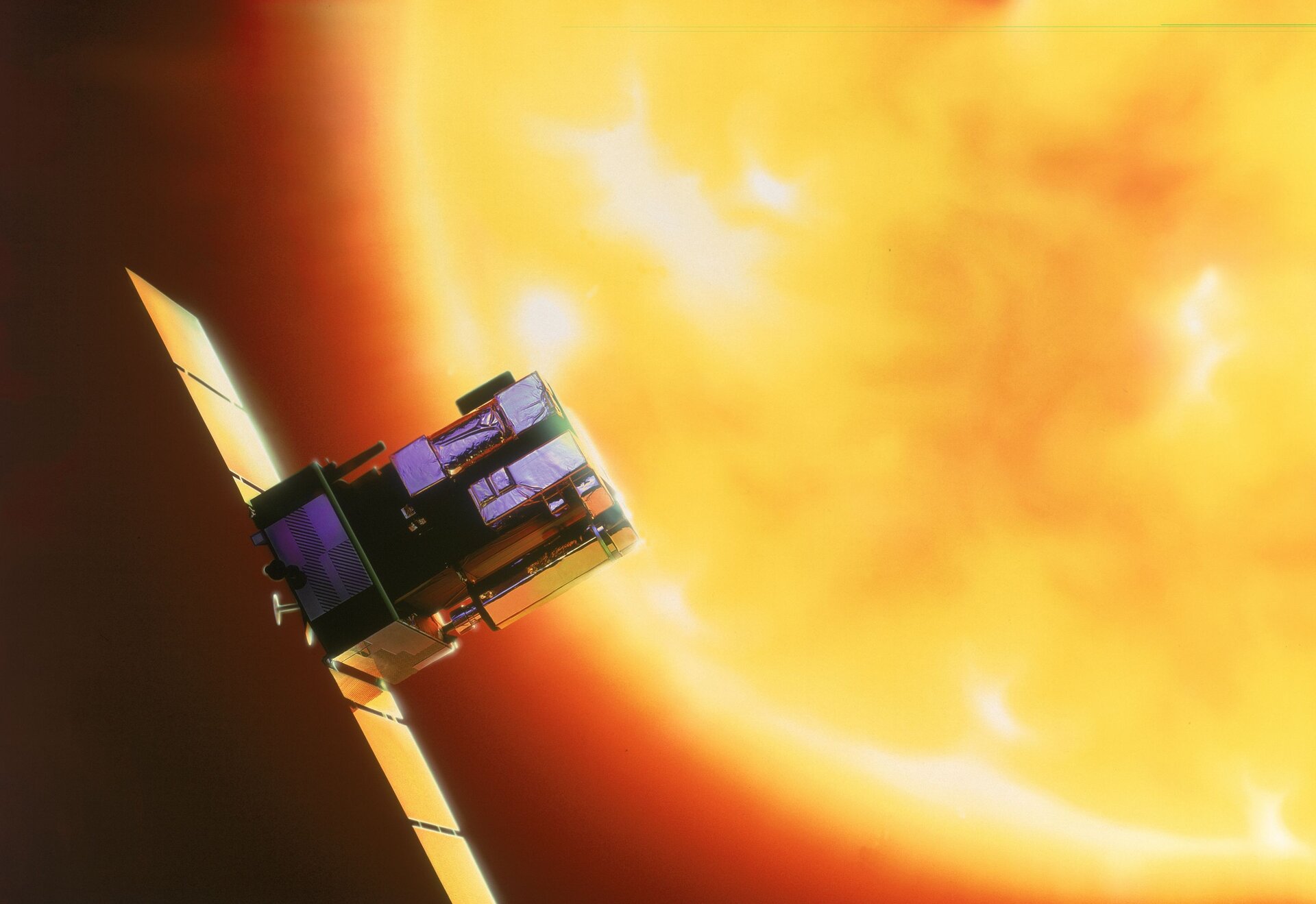 ESA PR 42-2003. The Solar and Heliospheric Observatory (SOHO) spacecraft expects to experience a blackout in the transmission of its scientific data during the week of 22 June 2003. This is estimated to last for about two and a half to three weeks.

Engineers are predicting this problem after detecting a malfunction in the pointing mechanism of the satellite's high-gain antenna (HGA), which is used to transmit the large amounts of data from SOHO's scientific observations to Earth.

The SOHO spacecraft is operating as safely as before the problem occurred. Its low gain antenna, which does not need to be pointed in a specific direction (omni-directional), will be used to control the spacecraft and monitor both spacecraft and instrument health and safety.

The anomaly in pointing the high-gain antenna was recently discovered when engineers detected a discrepancy between the commanded and measured antenna position. In normal conditions, the antenna must be able to move along two axes, vertical and horizontal. The horizontal movement was no longer taking place properly. The problem is probably due to a malfunction in the motor or gear assembly that steers the antenna.

SOHO is located 1.5 million kilometers (one million miles) from Earth, slowly orbiting around the First Lagrangian point, where the combined gravity of the Earth and the Sun keep SOHO in an orbit locked to the Sun-Earth line. To transmit data, the SOHO high-gain antenna must rotate to have the Earth constantly in its field of view as the spacecraft and the Earth progress in their respective orbits.

If the problem is not solved, the Earth will be left outside the HGA beam on a periodic basis, with similar blackouts occurring every three months.

ESA and NASA engineers are currently assessing several options to recover the situation, or minimize the scientific data loss.

Note to editors: more about SOHO

SOHO is a project of international cooperation between ESA and NASA to study the Sun, from its deep core to the outer corona, and the solar wind. It was launched in December 1995 on an Atlas IIAS/Centaur rocket.

SOHO moves around the Sun in step with the Earth, by slowly orbiting around the First Lagrangian Point (L1), where the combined gravity of the Earth and Sun keep SOHO in an orbit locked to the Earth-Sun line.

The L1 point is approximately 1.5 million kilometres away from Earth (about four times the distance of the Moon), in the direction of the Sun. There, SOHO enjoys an uninterrupted view of our daylight star.

Besides watching the sun, SOHO has become the most prolific discoverer of comets in astronomical history: as at May 2003, more than 620 comets had been found by SOHO and now carry its name. SOHO's easily accessible, spectacular data and basic science results have captured the imagination of the space science community and the general public alike.