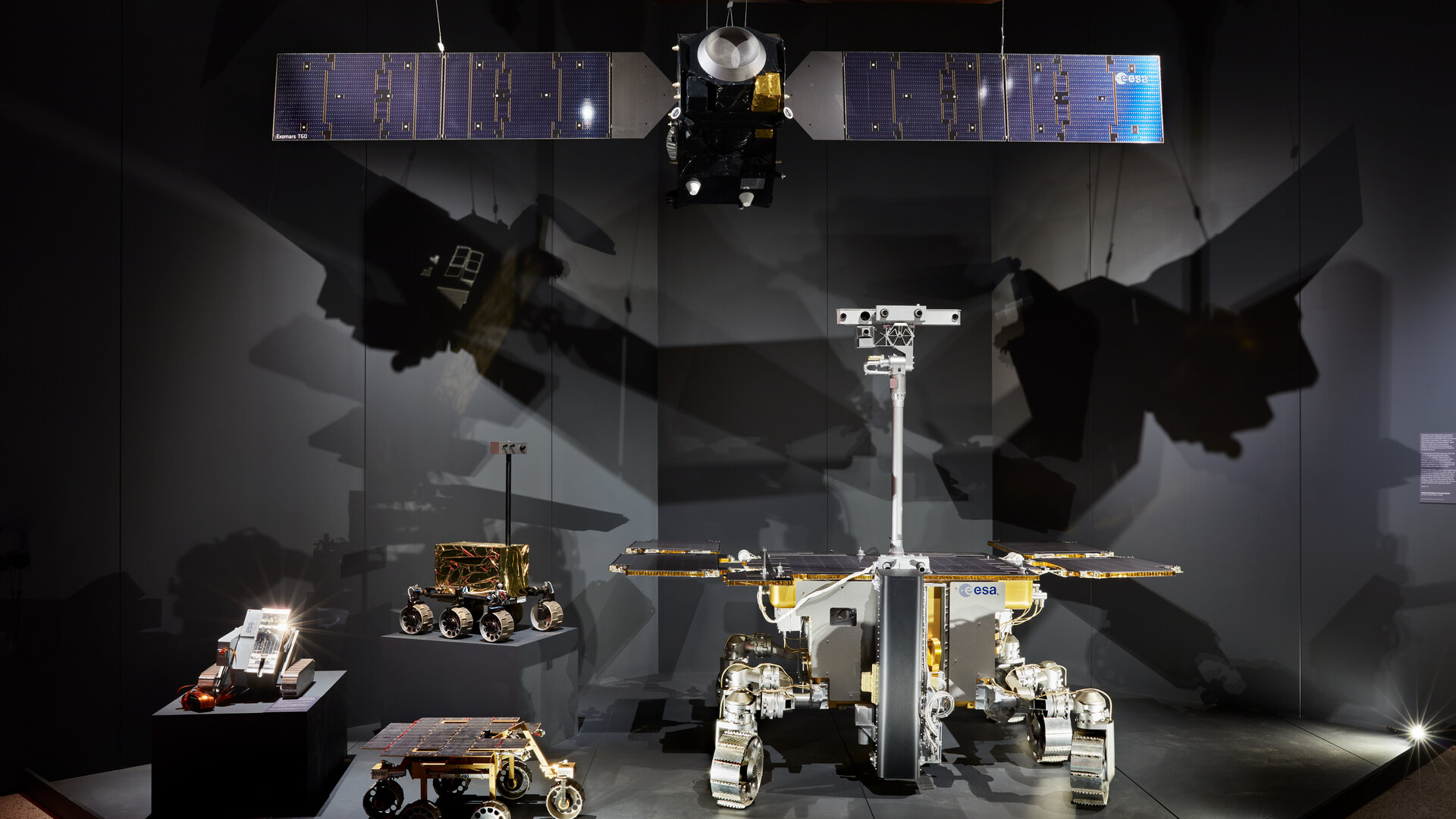 A full-scale model of ESA’s ExoMars rover that is due to travel to the red planet in 2020 has gone on display at the Design Museum in London.

The rover is named after British chemist and DNA pioneer Rosalind Franklin and the model version forms part of the museum’s “Moving to Mars” exhibition, which invites visitors to consider the design challenges of travelling to and living on another planet.

The model Rosalind Franklin rover is one of more than 150 exhibits that include a 1:10-scale model of Europe’s Ariane 6 launcher that is expected to have a role in the Mars sample-return mission, alongside prototype rovers from ESA’s robotics laboratory and an ExoMars Trace Gas Orbiter model.

It is due to launch in 2020 and land on Mars in 2021. The vehicle will drill down two metres beneath the martian surface to sample the soil, analyse its composition and search for evidence of past – and perhaps even present – life buried underground.

The model Rosalind Franklin rover features in the opening gallery, where visitors to the Design Museum can examine the first detailed maps of Mars made by Italian astronomer Giovanni Schiaparelli in 1877, alongside science fiction and popular cultural references to the planet.

Visitors then enter the museum’s multisensory installation, which is designed to give an impression of the smells and sights of the martian surface.

In the final section, visitors will be asked to consider whether humans should go to Mars at all.

The exhibition also contains children’s activities that take kids through a series of design briefs set by design and space specialists including ESA astronaut Tim Peake. With hands-on challenges, younger visitors have a chance to hone their design skills and use their creativity to solve some design challenges.