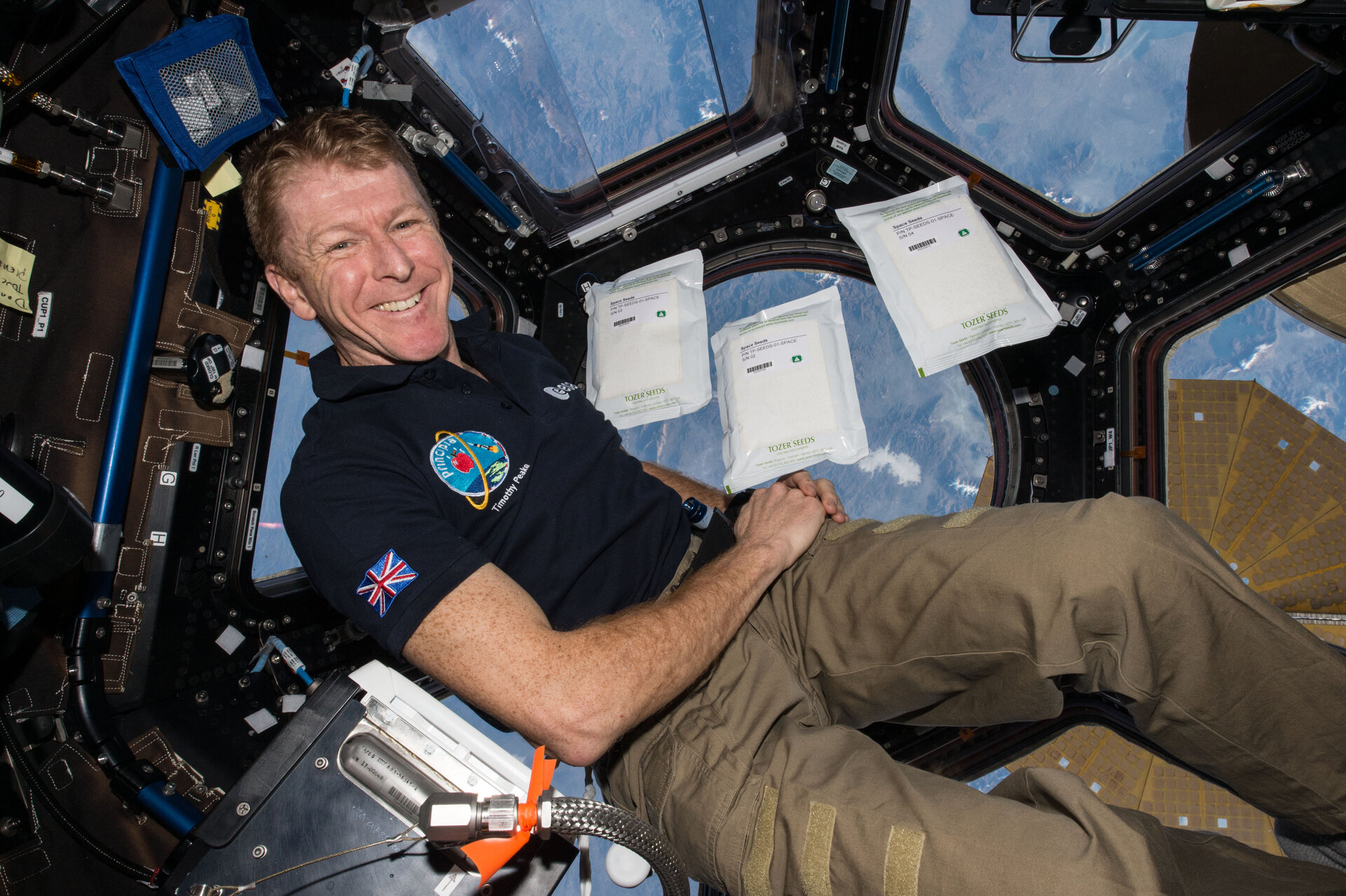 Rocket seeds flown into space by ESA astronaut Tim Peake grow only slightly more slowly than their Earthbound counterparts, according to a series of experiments led by scientists and conducted by British schoolchildren.

The finding gives hope for the future of growing food on another planet.

Tim Peake took 2kg of rocket seeds when he spent six months on board the International Space Station as part of his Principia mission in 2015. The seeds experienced intense vibrations from the stresses and strains of space travel and received up to 100 times more radiation than they would have done on Earth.

When the seeds returned to Earth in 2016, some 600 000 children from schools and groups across the UK took part in an experiment, supported by the UK Space Agency, to plant them and monitor their growth, comparing it to that of seeds that had remained on Earth.

The results show that, while the space seeds grew more slowly and were more sensitive to ageing, they were still viable. It suggests that, by taking sensible steps to protect the seeds on their journey, it should be possible to grow plants in space or on another planet for humans to eat.

Tim Peake said: “In one of the largest and most inspirational experiments of its kind, more than half a million young people collected reliable data to help the scientists at Royal Holloway investigate the effects of spaceflight on rocket seeds.

“When humans travel to Mars, they will need to find ways to feed themselves, and this research helps us understand some of the biology of seed storage and germination which will be vital for future space missions.”

Gerhard Leubner and Jake Chandler, both from the Department of Biological Sciences at Royal Holloway, led the research, along with Alistair Griffiths from the Royal Horticultural Society. The work was been published in the journal Life.

Jake Chandler said: “Transporting high-quality seeds to space and beyond will be crucial for growing plants that support human exploration of space, Mars and other worlds. Our study found that a six-month journey to space reduced the vigour of rocket seeds compared to those that stayed on Earth, indicating that spaceflight accelerated the ageing process.

“Thus, while we should carefully consider protecting seeds from potentially harmful factors including space radiation and mechanical vibration, the seeds remained alive, and the prospect of eating home-grown salad on Mars may be one small step closer.”

The Royal Horticultural Society tasked 8600 schools and groups across the UK to take part in the controlled study, documenting their results as a scientist would. It was part of a project called Rocket Science, led by the society’s Campaign for School Gardening in partnership with the UK Space Agency.

Alana Cama, Schools and Groups Manager at the Royal Horticultural Society, said: “The Rocket Science experiment opened a window into space biology and allowed young people to be at the forefront of innovative research.

“This research project did more than just inspire; it furthered our understanding of the challenges around growing plants in unusual environments and the feasibility of growing food on long-term space missions in the future. Inspiring a new generation of botanists and biologists will remain a highlight of our mission to enrich everyone’s lives through plants.”

Other partners who worked on the research include the University of Marburg in Germany, Science and Advice for Scottish Agriculture and Tozer Seeds in the UK.

Click here from 11:30am on Monday 18 May to find out about life in space and the science behind the project.