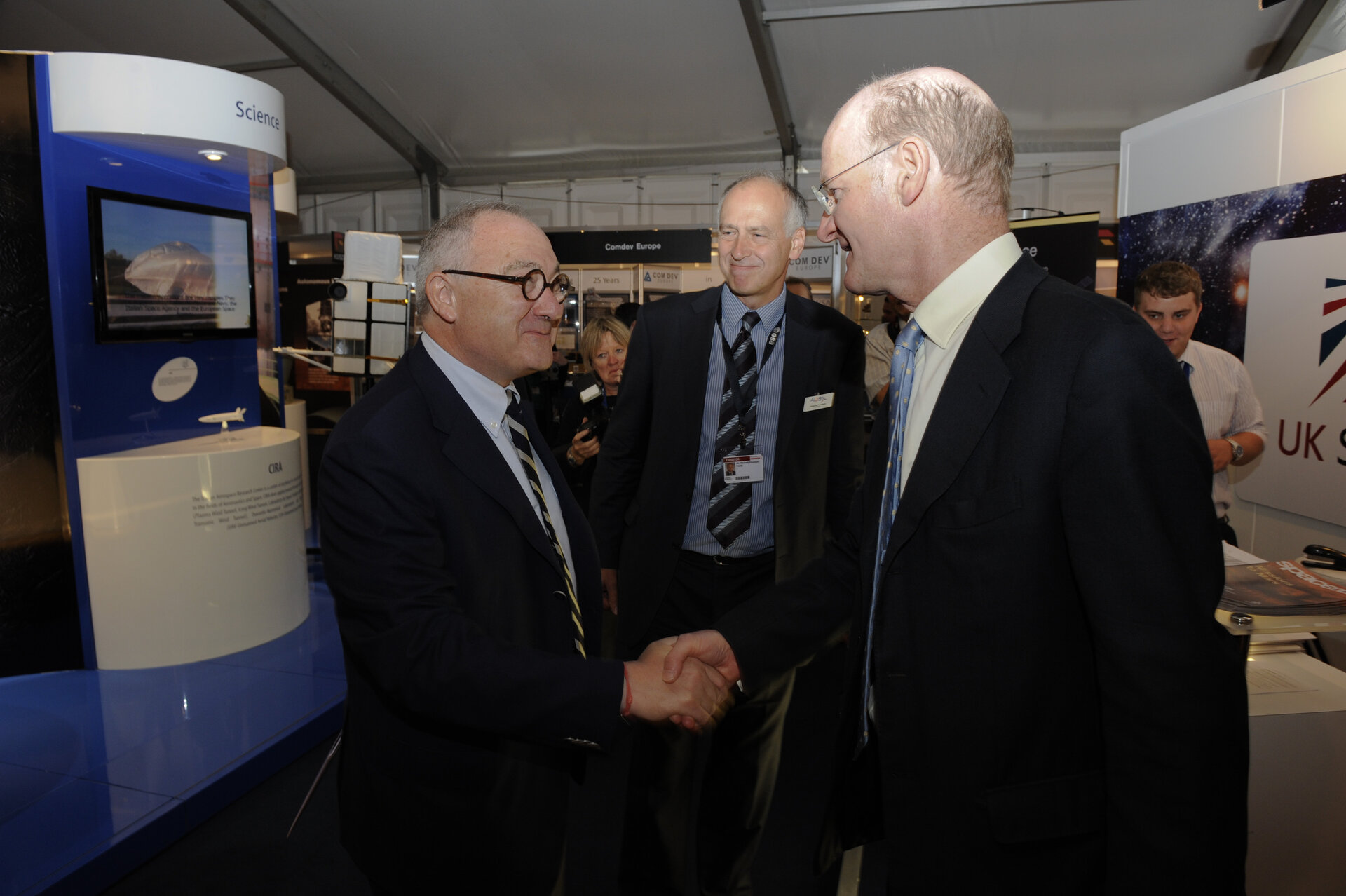 Space helping to rebuild the economy and drive economic growth were the central themes of Space Day at the Farnborough air show on Wednesday.

Key addresses for the Space Day conference were made by David Willetts, UK Minister of State for Universities & Science, and Mariastella Gelmini, Italian Minister for Education, Universities & Research.

The UK’s space minister spoke of his optimism for the future of the space sector. Outlining the UK Government approach to space, Mr Willetts said that space had the ability to inspire and enthuse future generations of scientists and engineers.

“Like millions of people across the world, I’ve been stunned by those awe-inspiring images from the [ESA] Planck telescope of the oldest light in the cosmos – light emitted some 13.7 billion years ago,” he said.

Mr Willetts also highlighted the importance of space for economic growth and development: “I want to see the best ideas from space contributing to improvements in transport, to the building of a smart energy grid, to providing mapping facilities for the emergency services and other users.

Mariastella Gelmini, currently the Chair of the ESA Council at Ministerial level, summed up what many people felt: “Space is the true future of humankind, man needs to face new challenges and reach new goals.”

“Space science and human spaceflight push back these boundaries of knowledge,” she told delegates.

Italy’s minister for space welcomed the creation of the UK Space Agency and stressed the importance of cooperation of all Member States to reinforce Europe’s role as a key player in the global scene.

Mrs Gelmini reiterated Italy’s long‐standing role in the space adventure and the commitment of the Italian government towards a sector that is providing tools to face global challenges.

The role of space in helping countries to recover from recession was also a theme pursued by ESA’s Director General, Jean‐Jacques Dordain.

With every government in Europe looking to reduce expenditure, Mr Dordain said that ESA was taking action to save money wherever possible. He urged countries across Europe to think ahead and keep investing in space: “It is particularly important in times of crisis to invest in the future.

”These programmes are the light that will come in five years, ten years. The outstanding achievements we are getting now are coming from projects started five or ten years ago.”

The Space Zone at Farnborough features stands, displays and presentations from the space sector. One of the stands is hosted by the Italian space agency, ASI, a key partner in many ESA programmes.