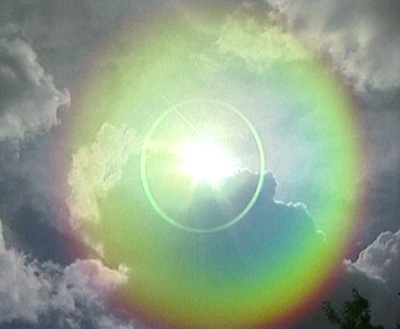 Have you ever suffered from sunburn? This burning of the skin is caused by ultraviolet (UV) light from the Sun. Serious burning is not only painful, but it may cause skin cancer.

Fortunately, almost all of the harmful UV radiation is absorbed by a layer of ozone gas 20 – 50 km above the Earth. However, ozone is a form of oxygen that can be destroyed easily by certain man-made chemicals.

In 1987, the leading industrial countries agreed to phase out these chemicals. Even so, satellites have shown that thinning of the ozone layer has continued over Antarctica. The ozone hole reached a record size in 2000, when it covered nearly 30 million sq. km, roughly the size of the North American continent. In 2006, an even greater amount of ozone was lost from the atmosphere, even though the hole was slightly smaller. 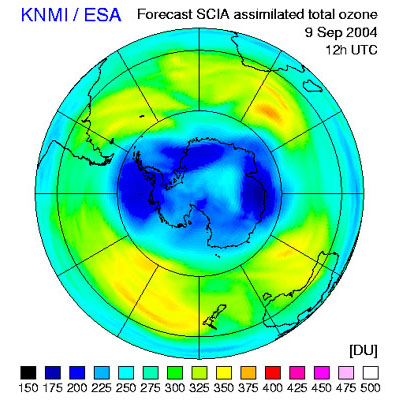 Ozone hole as seen by Envisat

ESA satellites such as MetOp and Envisat play a key role in ozone hole studies. They enable scientists to monitor the size of the hole and learn more about what causes it to grow or shrink.

Europe’s first polar orbiting weather satellite, MetOp-A, carries an advanced ozone-monitoring instrument. Envisat carries three instruments that can study ozone and the pollutants that attack it in the upper atmosphere.