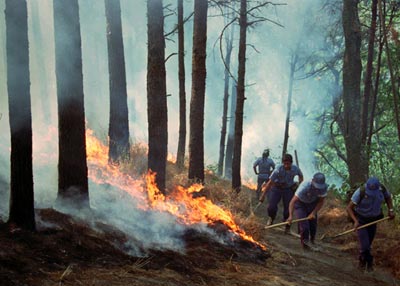 Fires can sweep through cities and rural areas alike. Woodland fires can burn at up to 800°C and spread at up to 100 metres per minute, swiftly destroying an entire area.

In 2003, over half a million hectares of woodland were destroyed by fires in southern Europe, causing several billion euros worth of damage. In 2010, the area around the Russian capital, Moscow, was hit by a heat wave, with temperatures of up to 40ºC. This resulted in the region’s worst wildfires for 15 years. Such emergencies could get worse and become more frequent if global warming makes summers drier and hotter.

ESA’s Earth Observation satellites can be used in many ways to fight the threat from fires across the world. 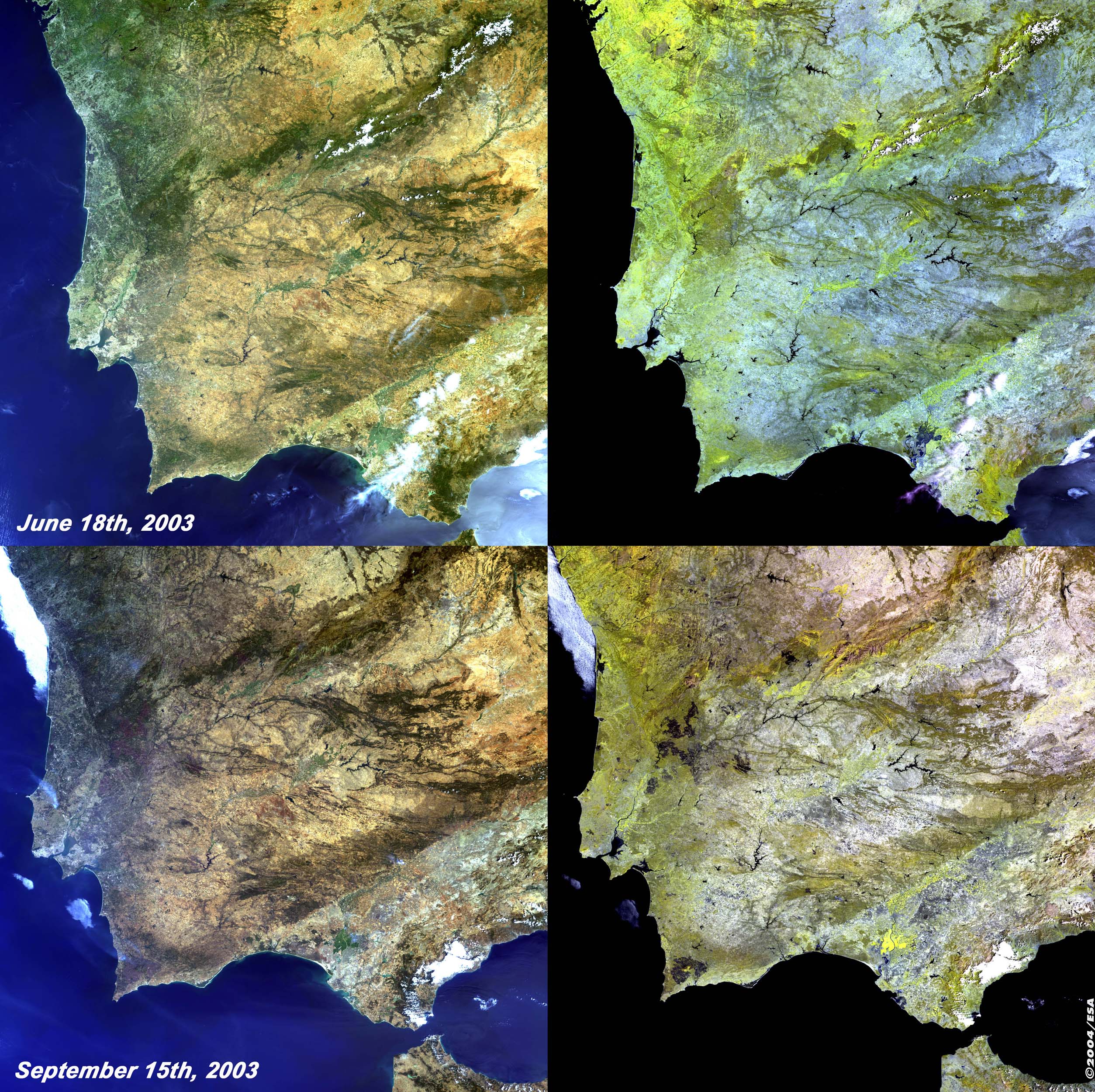 They can image the areas that are burning and pick out major hot spots within the burnt area. They can also detect greenhouse gases and smoke plumes produced by the fires.

By mapping fires at least twice a day, it is possible to discover how they are developing. The amount of damage can also be assessed.

Data from weather satellites and Earth observation satellites can be combined to produce daily maps. These enable firefighters to concentrate on the areas most at risk.

Satellite images taken over many years make it easier to predict and prepare for future fires.