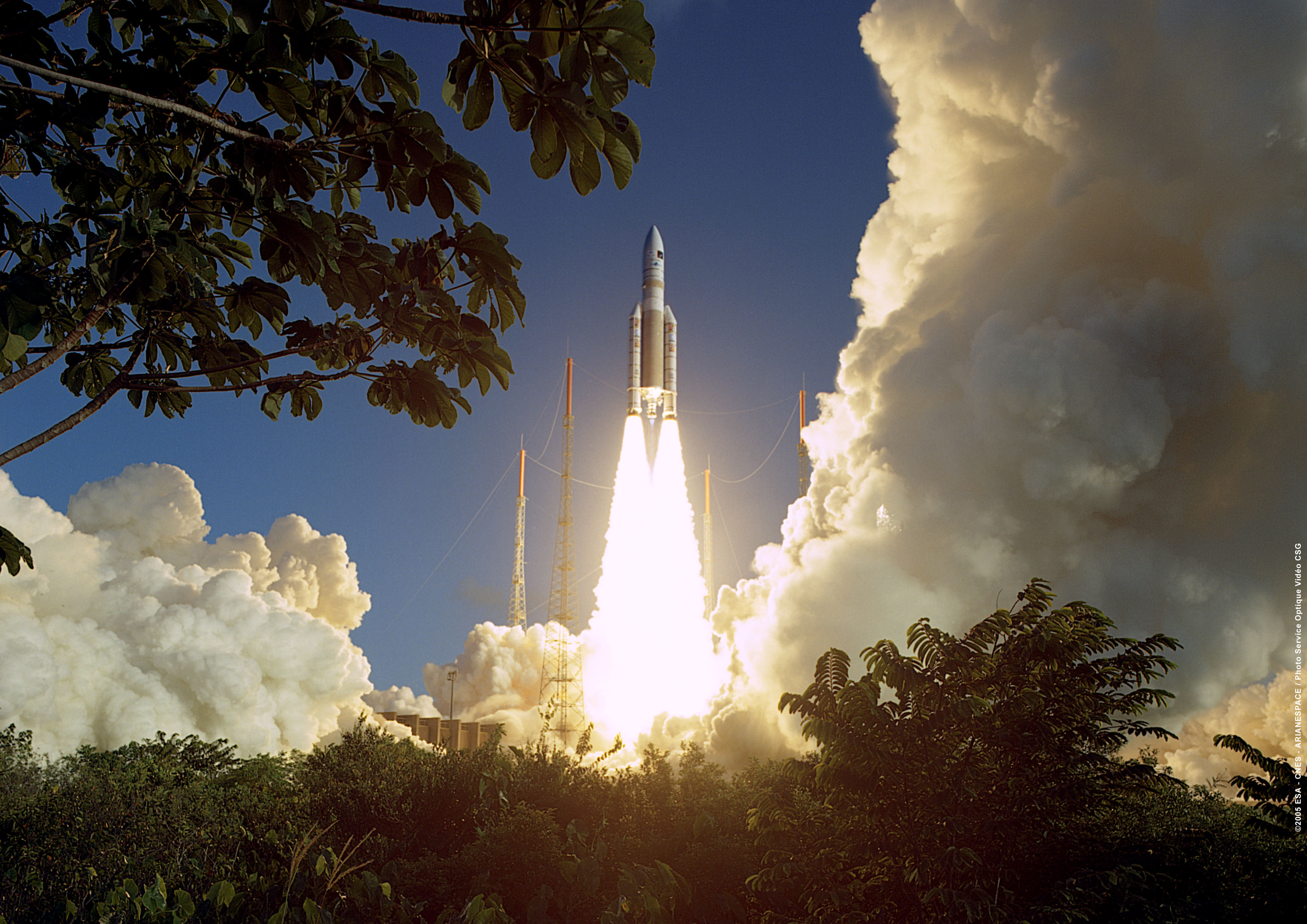 It is important that Europe is able to send its own satellites into orbit, using its own launchers instead of needing help from other space agencies. The first European launcher was called Ariane 1, which blasted into space in 1979.

The launcher that is used now is called Ariane 5, and can carry almost 10 000 kg of satellite into space. Smaller launchers are also needed for little satellites, meaning Europe can now do all kinds of different launches. ESA is making a new launcher called Vega, which can lift up to 1500 kg into orbit. ESA is also studying new types of space vehicles, to make it easier and cheaper to get to space in the future.