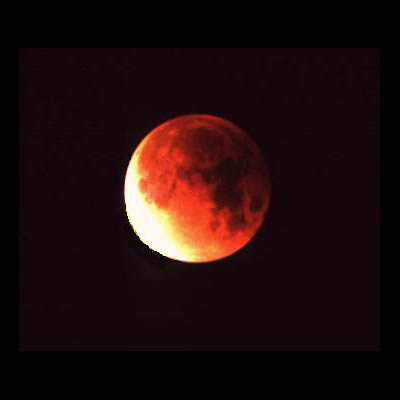 Lunar eclipses last for several hours. Sometimes the entire full Moon moves into the Earth's shadow. Sometimes, it looks as if a monster has taken a bite out of the Moon. This is a partial eclipse.

Lunar eclipses can be seen wherever the full Moon is in the sky. They are safe to look at with binoculars or a telescope.