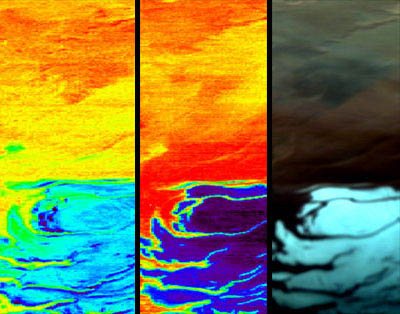 In many ways, Mars is the most Earthlike of all the planets. A visitor would find that a day on Mars is only slightly longer than one on Earth. Mars is also tilted about the same amount as the Earth, so it has seasons.

Both Mars and Earth have white polar caps. Those on Mars are much smaller and thinner, so they grow quickly in winter and almost disappear in summer. They are much colder than the polar caps on Earth, so they contain frozen carbon dioxide (the 'dry ice' used to create fog in stage shows) as well as water ice. 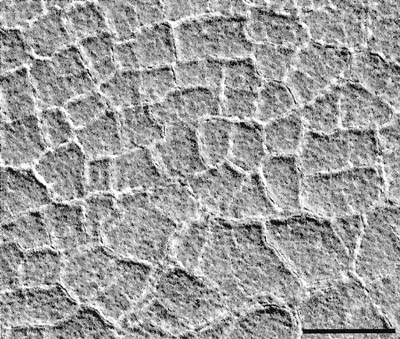 Cracks on Mars suggest the presence of water

Mars is in the middle of an ice age, so liquid water cannot exist on its surface at the present time. However, the planet seems to have been warmer and wetter in the past.

Winding channels that look like dry river beds have been seen in spacecraft images. They suggest that huge amounts of water once flowed over the surface – possibly fed by melting ice. There may even have been rain and snow. Many of the channels seem to have filled large craters or emptied onto the northern plains. Some scientists believe there was a large ocean that covered the northern half of Mars.

Where did the water go? Some may have escaped into space. The rest is frozen in the ground.