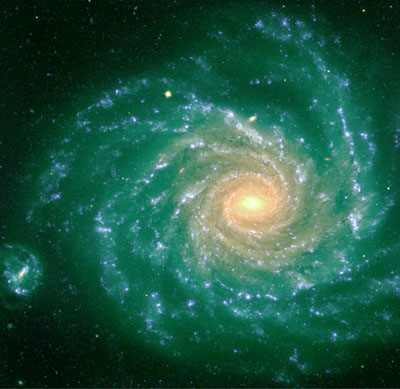 Nearly all stars belong to gigantic groups known as galaxies. The Sun is one of at least 100 billion stars in our galaxy, the Milky Way. And there are billions of galaxies in the Universe.

Everywhere we look in the sky there are galaxies of different shapes and sizes. Some are spirals, with curved arms wrapped around a bright central core.

Some have a bar of stars across the centre, with arms attached at either end. Others have no recognisable shape at all. The largest galaxies look like squashed balls. They contain up to 10 million million stars, but they have very little gas or dust. Nearly all galaxies have a supermassive black hole at the centre. 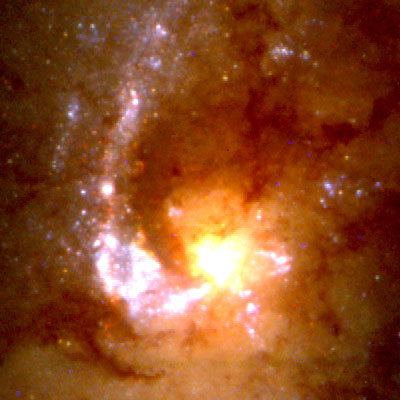 Since then, the Universe has been expanding. Most galaxies are moving apart at high speed, except in galaxy clusters where they dance around each other.