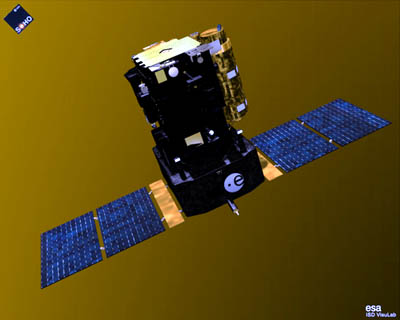 An ESA/NASA spacecraft called SOHO has been constantly watching the Sun since 1996. SOHO is stationed 1.5 million kilometres away, on the sunward side of the Earth. From there, it has an ideal view of the storms that rage across the Sun's surface. 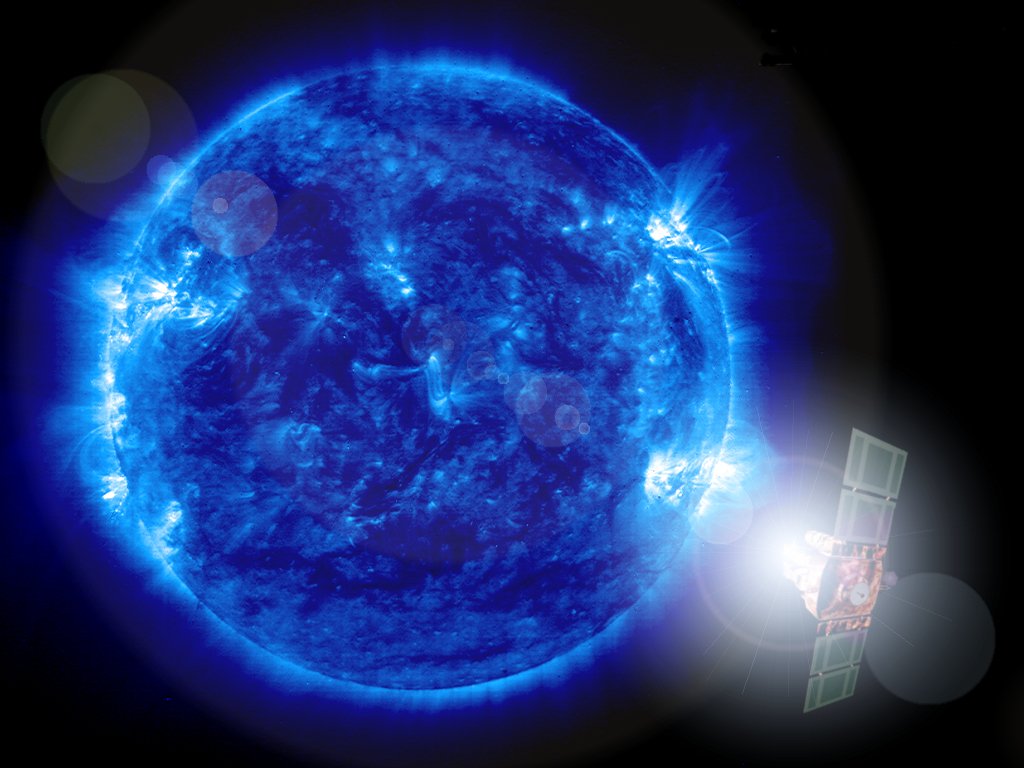 Every day SOHO sends spectacular images back to Earth. These enable scientists to learn about the ever-changing surface of the Sun and to explore the flows of gas beneath its surface. SOHO can even search for sunspots and storms which are otherwise out of sight, on the far side of the Sun.

SOHO is also able to predict 'space weather' events that affect our planet. This includes advance warning of fast-moving clouds of hot gas that the Sun blasts towards Earth. These clouds can cause power cuts, disrupt radio communications and damage satellites.

SOHO's 12 instruments study the Sun's hot interior, its visible surface and stormy atmosphere, out to distant regions where the wind from the Sun battles with a breeze of atoms coming from distant stars.

Discoveries include complex currents of gas flowing beneath the Sun's visible surface and rapid changes in the pattern of magnetic fields. In the Sun's atmosphere, SOHO also sees explosions, rippling shock waves, and tornadoes.

Thousands of sungrazing comets have also been discovered in SOHO images.