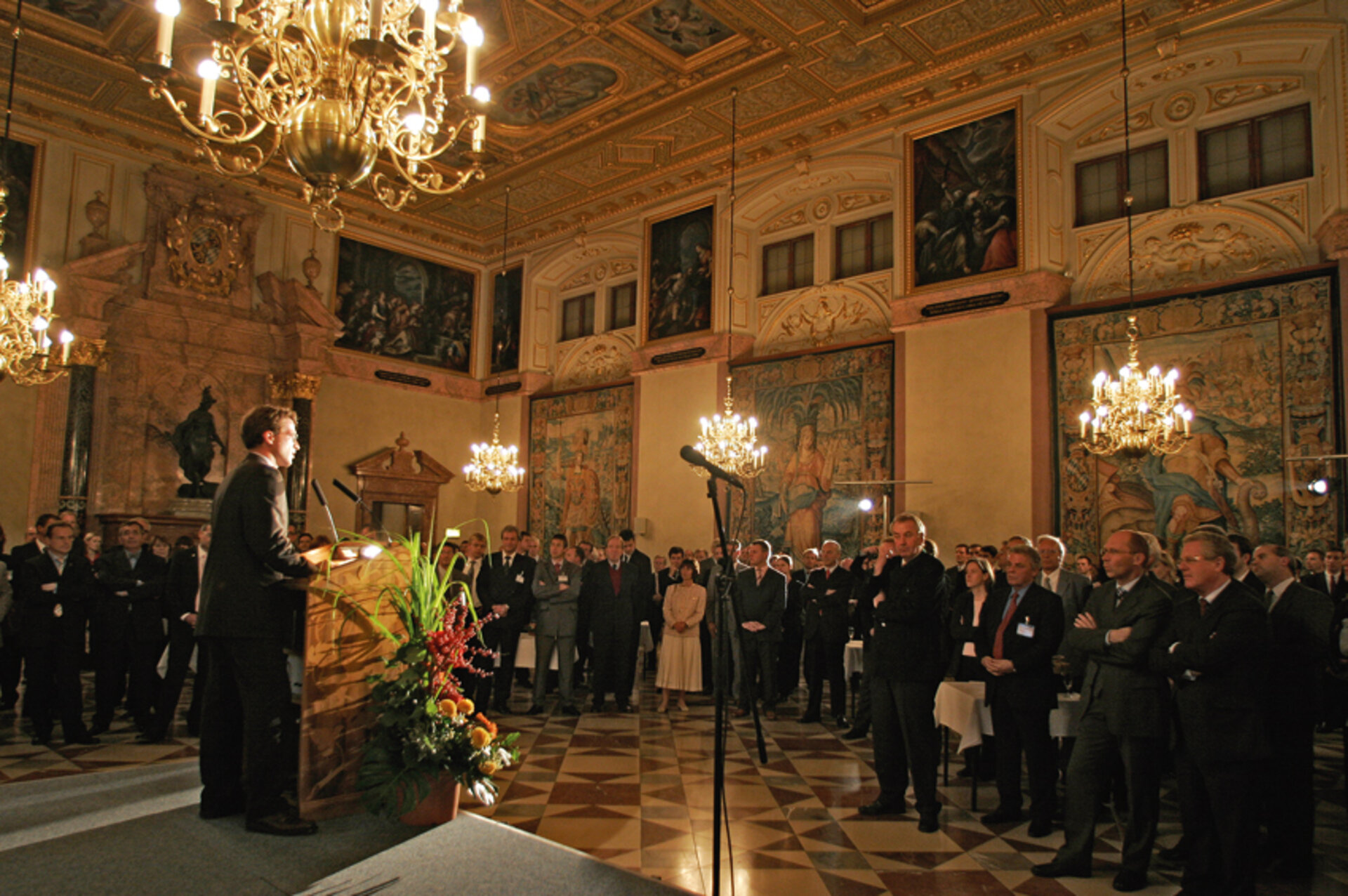 European entrepreneurs, small businesses, academia and research institutes have the chance to win business development support worth €50 000 if they come up with the best idea for an innovative use of Galileo, Europe's coming global navigation satellite system.

The Galileo Masters 2005 competition, which has ESA's European Space Incubator as one of its sponsors, is being run under the patronage of the Bavarian Minister for Economic Affairs, Dr Otto Wiesheu. Its aim is to encourage small enterprises across Europe to think up new satellite navigation applications for Galileo, expected to reach full operational capability in 2008.

A team of experts for each region will choose the best ideas for satellite navigation applications from their area and from these the overall winner will be selected.

All the winners will be given a free stand at the International SYSTEMS IT and Telecommunication Fair in Munich in October, offering a chance to make business contacts and meet possible clients. The stands will be within the Satellite Navigation Area of the fair, one of the main attractions at last year’s SYSTEMS event that had more than 65 000 visitors.

The overall winner will be provided with an office for six months within their region's ‘business incubator’, together with consultancy and promotional support. Altogether the prizes are estimated to be worth around €50 000.

This year, ideas for the present and the future are being accepted. Applications for the GPS, GLONASS and EGNOS systems already in operation are also being considered, as Galileo will significantly enhance all three.

According to the competition organisers, by 2015 over 400 million satellite navigation users will have created more than 100 000 new jobs within the European aerospace and electronics industry. Therefore it is important to start thinking about the possibilities that will open up as Galileo becomes operational.

Last year’s winner was German company HCL Technologies. Their winning idea was an inexpensive device to help developing-nation fishermen decide where best to cast their nets.

“To find out information about the signal and then use it for a novel application is the sort of thinking we are looking for in small companies,” said Christian Stammel from Anwendungszentrum Oberpfaffenhofen, an European Space Incubator Network member and one of the competition organizers.

“Companies must wake up now because in four years they will have to move their businesses in a direction for Galileo.”

"This competition is an incentive for more Galileo applications and increases the innovative entrepreneurship. It is important for Europe's space industry as it creates novel utilisations for our navigation systems and in the end will generate income for their technology," said Bruno Naulais, manager of ESA's European Space Incubator (ESI) at the regional kick-off meeting in ESTEC.

Toine van Kessel from Siemens Automotive added that such a competition could be a very effective way to visualise opportunities for future business relationships between established industry and start-up companies. He stressed Siemens' interest in cooperating with innovative start-ups and SMEs.

Prof. Dr Bernard Katzy from the University of Leiden and CeTIM (Centre for Technology and Innovation Management) emphasised the importance of clustering innovations on regional levels: "With good innovation networks in place on regional level, through cooperation between these regions, innovation on European level is much better managed and achieved. This competition is a good start to activate such clusters around Europe for Galileo applications."

Galileo will be Europe’s global navigation satellite system, developed jointly by the European Commission and ESA, providing a highly accurate, guaranteed global positioning service under civilian control. It will be interoperable with GPS and GLONASS, the two other global satellite navigation systems.

A user will be able to take a position with the same receiver from any of the satellites, in any combination. By offering dual frequencies as standard, however, Galileo will deliver real-time positioning accuracy down to the metre range, which is unprecedented for today's publicly available systems.

Galileo will provide considerable economic and social benefits globally, and to Europe in particular. The European Commission will continue overseeing the programme during the implementation in all programmatic and political aspects and the European Space Agency will assume responsibility for the development of the Galileo infrastructure.

The fully deployed Galileo system will consist of 27 operational satellites plus three active spares and is planned to be in commercial operation by 2008, with the first test satellite due to launch by the end of this year.