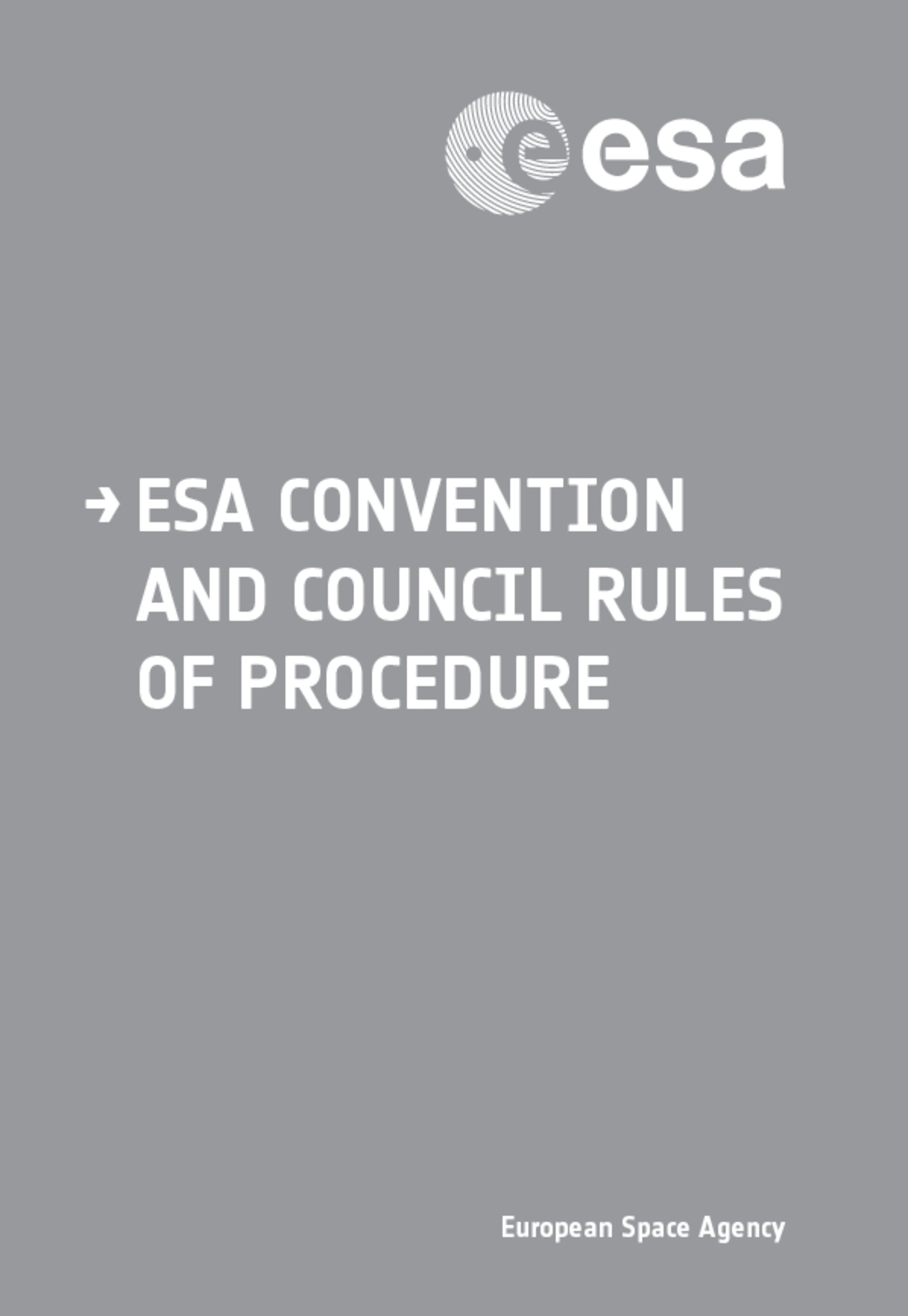 After the 40th anniversary of the signature of the ESA Convention in 2015, now we celebrate 40 years since its entry into force in 1980. Read the ESA Convention and other publications online, with our visualiser tool.
Read online

The ESA Convention was signed in Paris on 30 May 1975 by the nine original Member States (Belgium, Denmark, France, Germany, Italy, the Netherlands, Spain, Sweden and the United Kingdom). It entered into force on 30 October 1980 with the deposit of the last instrument of ratification by France, in accordance with its Article XXI, 1.

The idea of creating an independent space organisation in Europe dated back to the early 1960s when six European countries – Belgium, France, Germany, Italy, the Netherlands and the UK – formed the European Launcher Development Organisation (ELDO) to develop and build a heavy launcher called ‘Europa’. In 1962, those same countries, plus Denmark, Spain, Sweden and Switzerland, formed the European Space Research Organisation (ESRO) to undertake mainly scientific satellite programmes.

In 1975, a convention was concluded at diplomatic and ministerial level to set up one ‘European Space Agency’, effectively merging ESRO and ELDO, and broadening the scope of the agency’s remit to include operational space applications systems, such as telecommunications satellites.

Many successes have been achieved in all areas of space activities since the creation of ESA.

Many successes have been achieved in all areas of space activities since the creation of ESA: space science, Earth observation, telecommunications, navigation, launchers, technology, operations and human spaceflight. Some 400 Agreements have been concluded (accession agreements, cooperation agreements, implementing arrangements, programme arrangements, etc.) with partners from all over the world.

...Enhancing the benefits delivered by space systems to more Member States and their citizens.

This normative framework has not lost its ability to adapt. We are now working to define a forward-looking set of measures and well-tailored programmatic tools that put us in the best position to serve the space community: enhancing the benefits delivered by space systems to more Member States and their citizens. ESA’s Convention was visionary enough to allow such evolution.