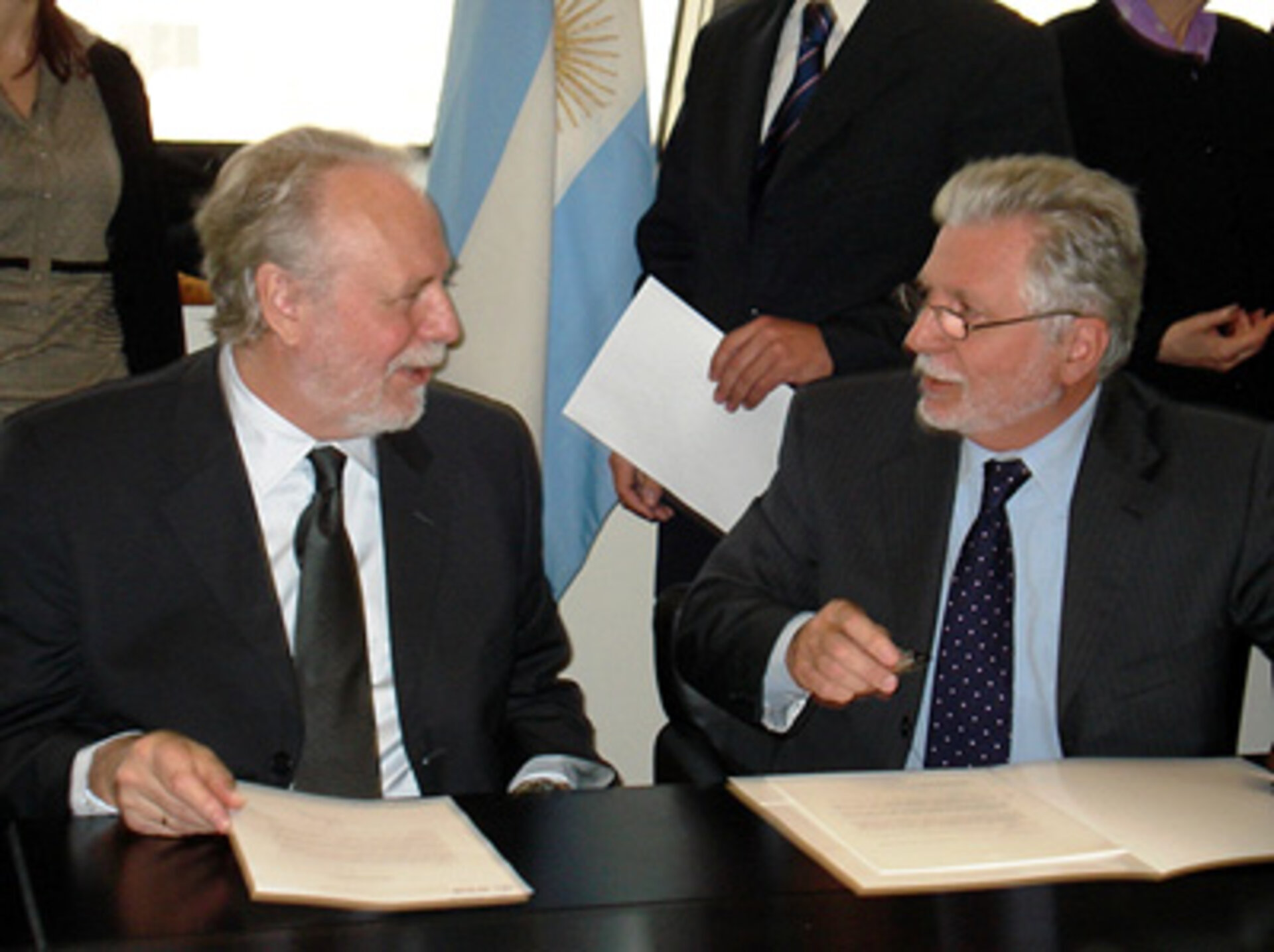 On 8 May 2008, the Cooperation Agreement between the Argentine Republic and ESA was renewed for five years.

The Exchange of Letters to renew the Cooperation Agreement between the Argentine Republic and ESA was signed by René Oosterlinck, ESA’s Director of Legal Affairs and External Relations, and Ambassador Victorio Taccetti, Secretary of External Relations, at the Ministry of Foreign Affairs in Buenos Aires. The original agreement was signed on 11 March 2002 and entered into force on 22 September 2003.

An ESA delegation was also in Buenos Aires to discuss the possible installation of a Deep Space Ground Station (35 m antenna) that would provide support to ESA’s space exploration programme, for future scientific missions, in particular ExoMars and Mars Rover.

Argentina has a continuous and established cooperation with ESA. Since the first agreement on reception and distribution of ERS-1 and ERS-2 signed in 1997 and the agreement between Argentina and ESA on space cooperation for peaceful purposes, signed on 11 March 2002, a lot has been done by the two agencies. The Comision Nacional de Actividades Espaciales (CONAE) of Argentina has been designated to implement this Cooperation Agreement.

CONAE provided assistance in the launch of Integral in October 2002. Joint training courses have been set up with CONAE, and ESA supports regular traineeships for Argentinean students. Various workshops organised by CONAE have been financially supported by ESA. Recently the UN/Argentina/ESA Workshop on Sustainable Development in Mountain Areas of Andean Countries was held in Mendoza, 26–30 November 2007.

Argentina has a longstanding experience in Earth observation, telecommunications, space science, medicine and space biology experiments in microgravity, for example. The Argentinean spacecraft SAC-C launched into polar orbit in 2000 joined the ranks of other international Earth observation satellites. In July 2003, Argentina also signed the International Charter on Space and Major Disasters. This charter has just been activated for Chile to support monitoring the Chaiten Volcano eruption.