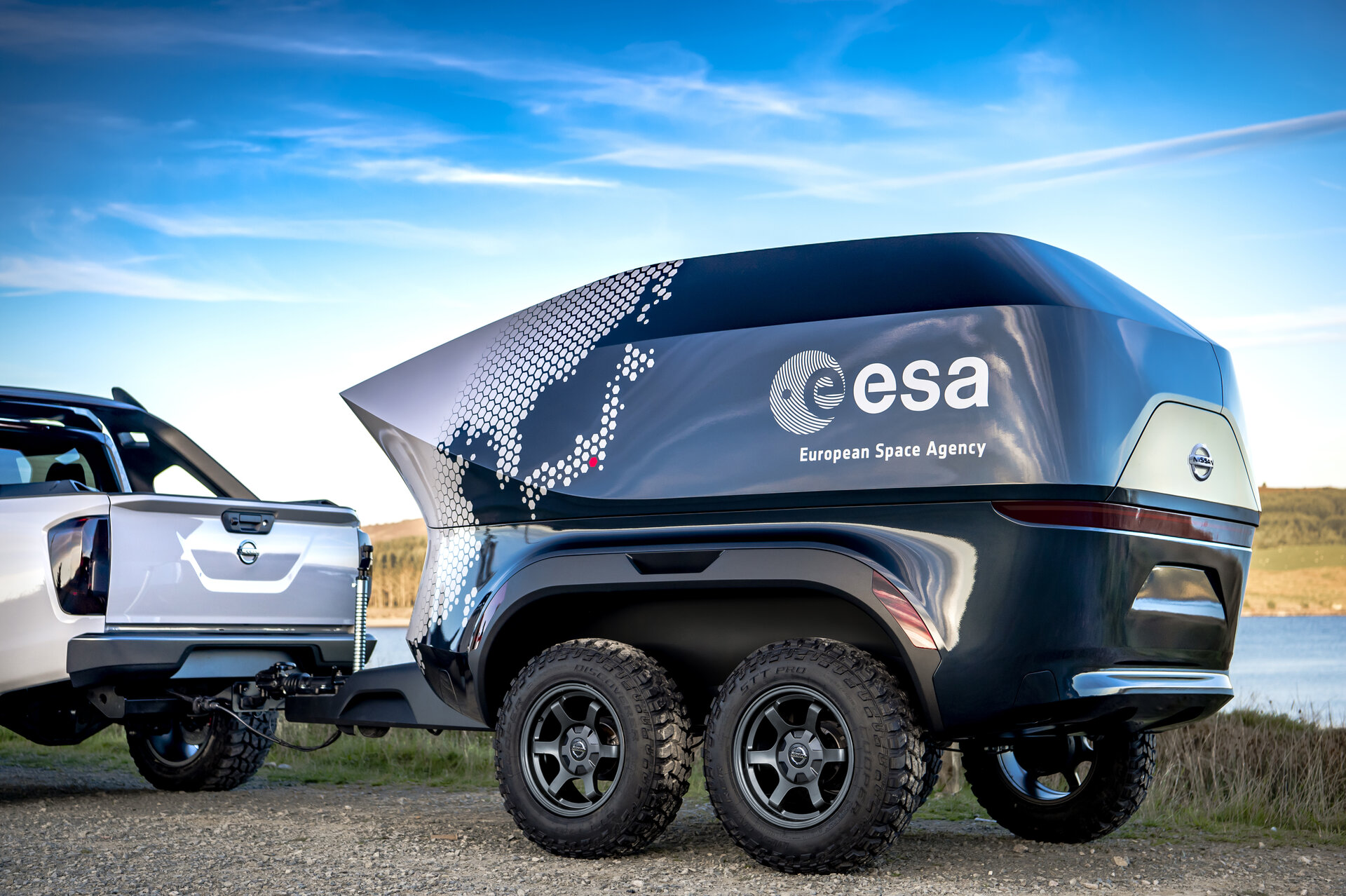 An out-of-this-world mobile observatory, developed in collaboration with Nissan Design Europe in London, UK, was unveiled at the 2018 Hannover Motor Show this week, proving that the sky is never the limit.

The Nissan Navara ‘Dark Sky’ concept vehicle features a bespoke off-road trailer carrying a high-power observatory-class PlaneWave telescope. The trailer has been developed to include ‘Intelligent Mobility’ technologies, allowing the telescope to be safely transported to remote ‘dark-sky’ locations.

Working closely with ESA, the Nissan’s trailer module also incorporates a number of other special features including a refrigerated atmosphere, allowing the telescope to remain thermally stable and calibrated at the optimum temperature while in transit.

The vehicle also includes an array of smart features that have been developed to meet the needs of commercial vehicle customers, such electric-vehicle battery technology, Wi-Fi, a laptop station and UHF transmission to relay data instantaneously, anywhere in the world.

Ashwani Gupta, senior vice president of Nissan’s light commercial vehicle business, said, “We are creating the best solutions for the next frontiers of business, empowering our customers to go anywhere, no matter how complex the commercial needs.”

And perhaps there are no more complex needs than those of professional astronomers. As an example, ESA is mapping the stars with unprecedented precision using the Gaia satellite, which has already plotted more than a billion stars. The Dark Sky Concept supports this and similar projects by helping astronomers conduct Earth-based observations of the Universe from hard-to-reach off-road locations.

“Nissan Design Europe worked alongside astronomers to discuss how we could work together to build the most capable vehicle to support our daily job. We’re delighted to see these important factors taken into account.”

The design of the Nissan Navara Dark Sky Concept takes its inspiration from the cosmos as well as ESA’s scientists, who are pushing back the boundaries of our knowledge, and ESA’s satellites, which are also ruggedly engineered to survive the extreme environments of space, often going where no human-engineered objects have gone before.

“Telescopes like the one in this trailer are needed in studies of planets and stars in our galaxy, facilitating Earth-based follow-up campaigns enabled by the Gaia data. It’s been an exciting journey so far and has truly demonstrated what can happen when innovation and astronomy meet,” added Fred.