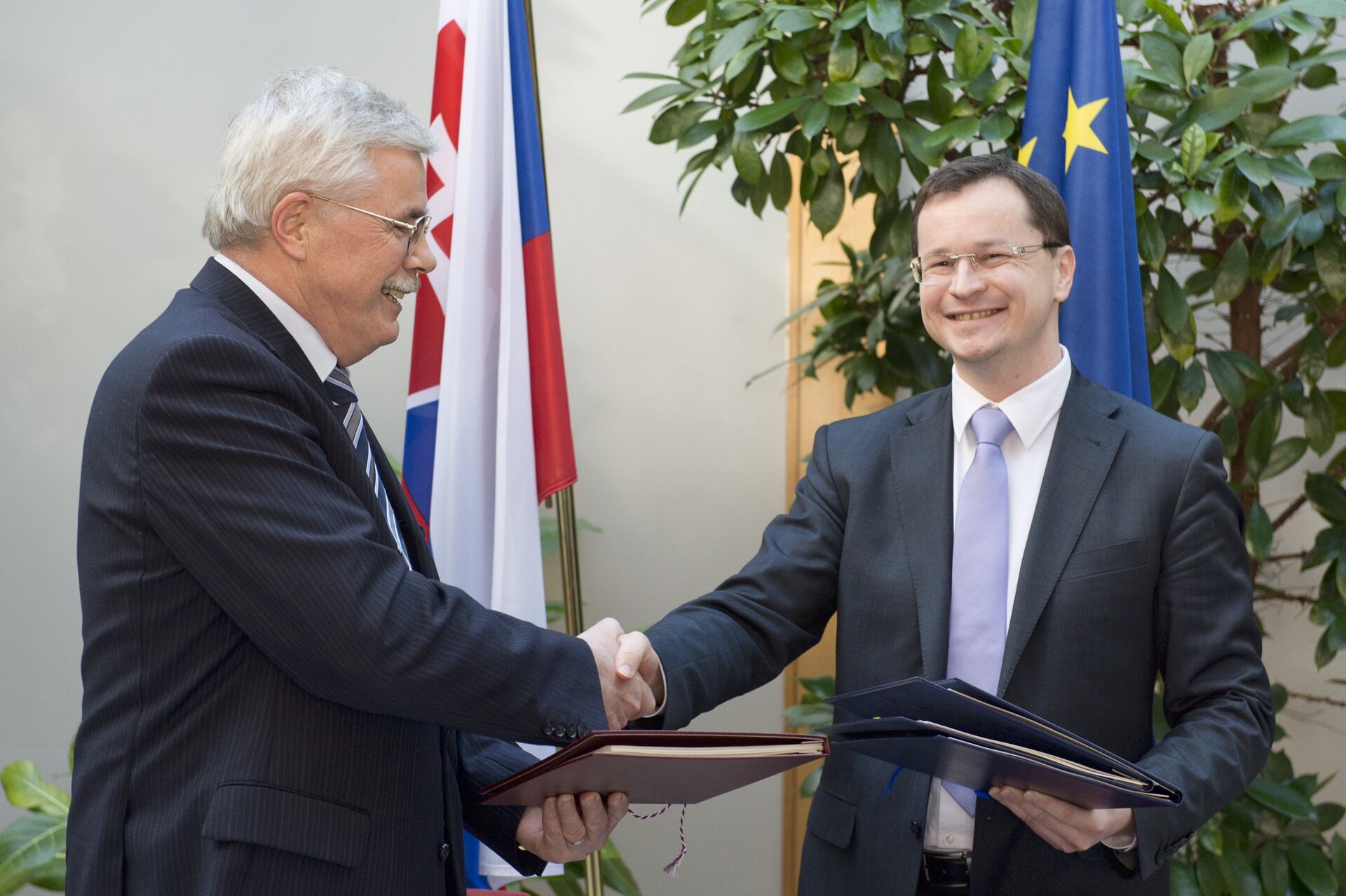 This agreement strengthens Slovakia’s relations with ESA, after the signature of the first Cooperation Agreement in April 2010. ESA’s Head of the Director General’s Cabinet, Mr Karlheinz Kreuzberg, and the Slovak Minister of Education, Science, Research and Sport, Mr Juraj Draxler, signed the agreement in Bratislava on 16 February.

The Slovak Republic has been actively involved in space physics research and in astronautics, having two cosmonauts, the Czechoslovak Vladimír Remek (who flew in space in 1978) and the Slovak citizen Ivan Bella, who spent nine days on board the Mir space station in 1999. In addition, the first Slovak satellite, called ‘skCube’, a CubeSat-type satellite dedicated to space research and technology, is currently under development.

Following a technical visit of ESA experts to Slovak organisations in May 2014, several potential projects were identified in various domains: space weather, adoption of the use of satellite data in GIS, validation of Earth observation satellite data, multipath propagation of GNSS signals, improved estimation of reliability and lifetime of electronic circuits, use of new pulp-based materials for space applications, adaptation of mechanism devices to space use and exploration of the use of Google Earth man/machine interface in space and generic IT activities.

The selection of the potential Plan for European Cooperating State (PECS) projects will start soon after the signature. The PECS Charter should be signed with the Slovak Ministry of Education, Science, Research and Sport not later than 16 February 2016.