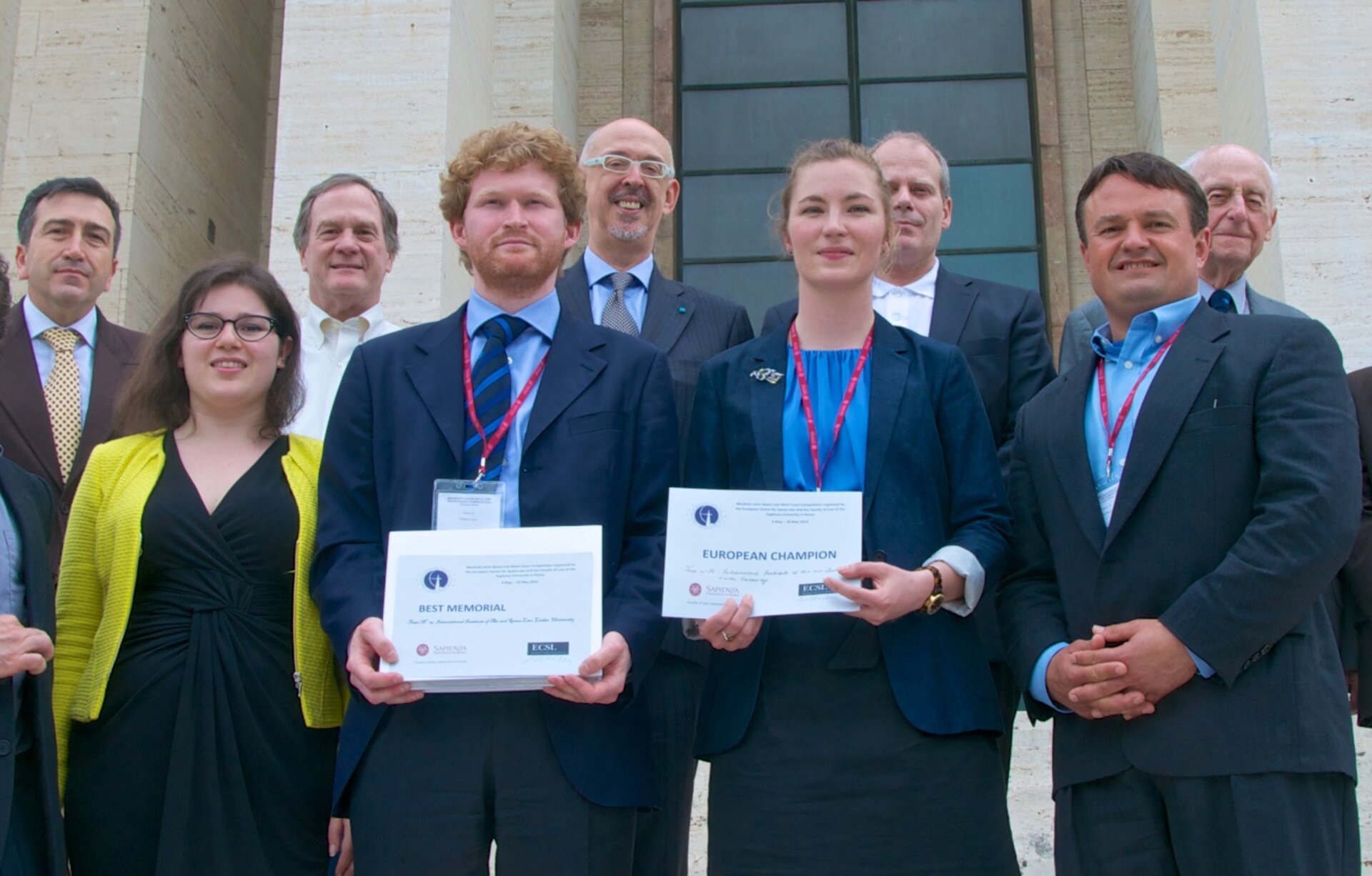 The 2013 European Round took place in Rome, Italy at the Sapienza University. Thirteen teams competed for the title of the European Champion. The ECSL wishes to thank the Organisation Committee from Sapienza University for their cooperation and assistance.

The ECSL congratulates the winning team from the Institute of Air and Space Law at the Leiden University, the Netherlands. They were excellent competitors and worthy runners-up at the IAC in Beijing, China.