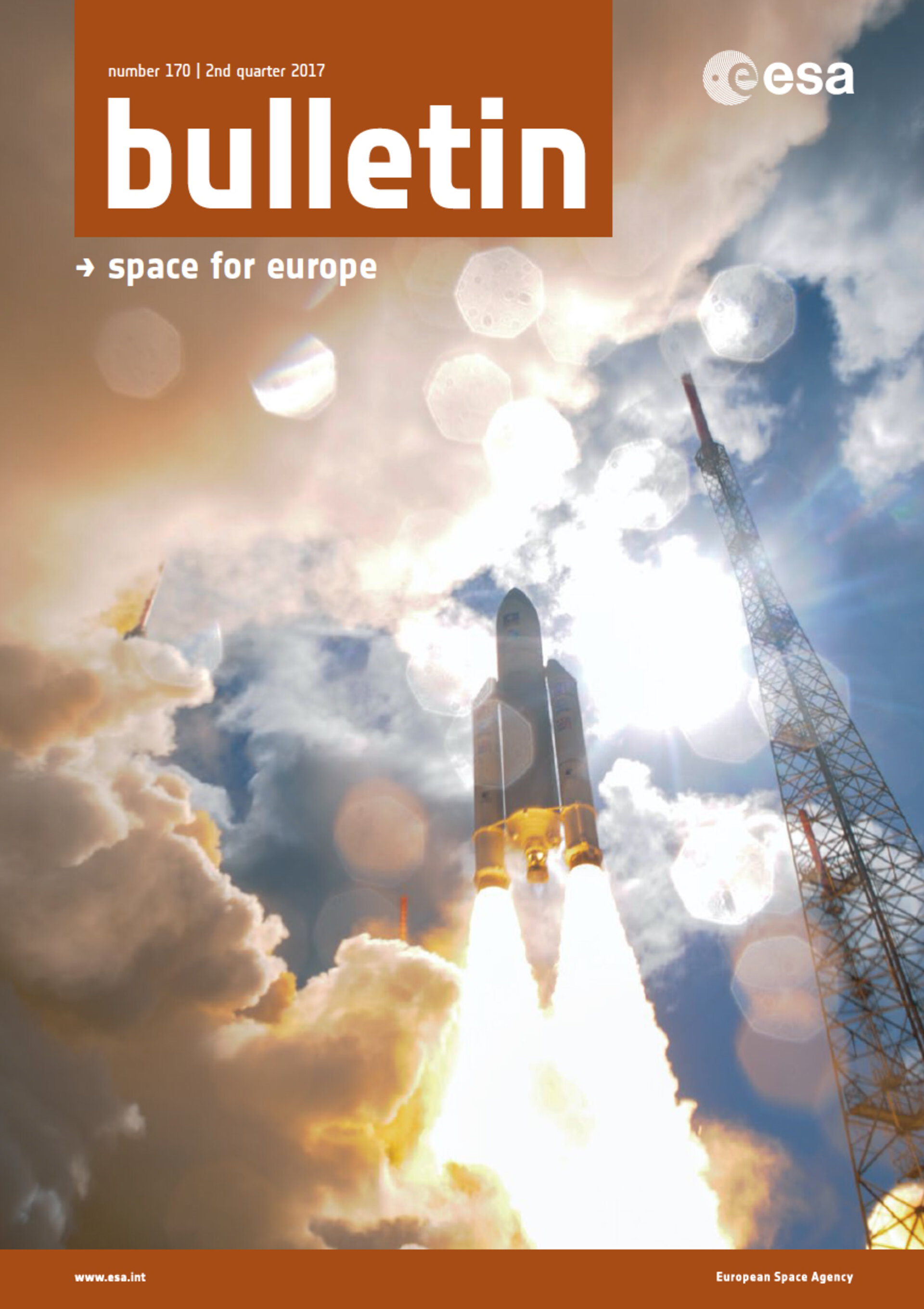 The launch of four Galileo satellites on Ariane 5 flight V233 last November brightens the cover of this Bulletin, now available online. You can read Bulletin 170 here.

Living the Space Dream charts the career of Italian ESA astronaut Paolo Nespoli, currently in space for his Vita mission. Born in the same year that Sputnik marked the start of the Space Age, Paolo Nespoli shared the dream of many – he wanted to be an astronaut since he was a child. Now at age 60, he is living that dream for a third time.

BepiColombo: Investigating Mercury's mysteries looks at how Europe will travel to new territory, when the BepiColombo spacecraft is launched to Mercury next year. A joint endeavour between ESA and the Japan Aerospace Exploration Agency, this mission will explore the planet’s interior, surface, exosphere and magnetosphere. Mercury is the smallest and least explored terrestrial planet in our Solar System. Only two spacecraft have visited: NASA’s Mariner-10 and Messenger. BepiColombo will build on the legacy of Messenger, enabling scientists to understand more about the origin and evolution of a planet located close to its parent star.

Space food has come a long way since 1961, when cosmonaut Yuri Gagarin became the first person in orbit and proved that humans could digest food in ‘weightlessness’. But this was only the beginning of the space food challenge: in 50 years, we’ve seen space food progress from pastes squeezed out of tubes, to three-star dishes created by some of the world’s most renowned chefs. High Cuisine explains why healthy food is important in space. So what’s cooking for today’s astronauts?