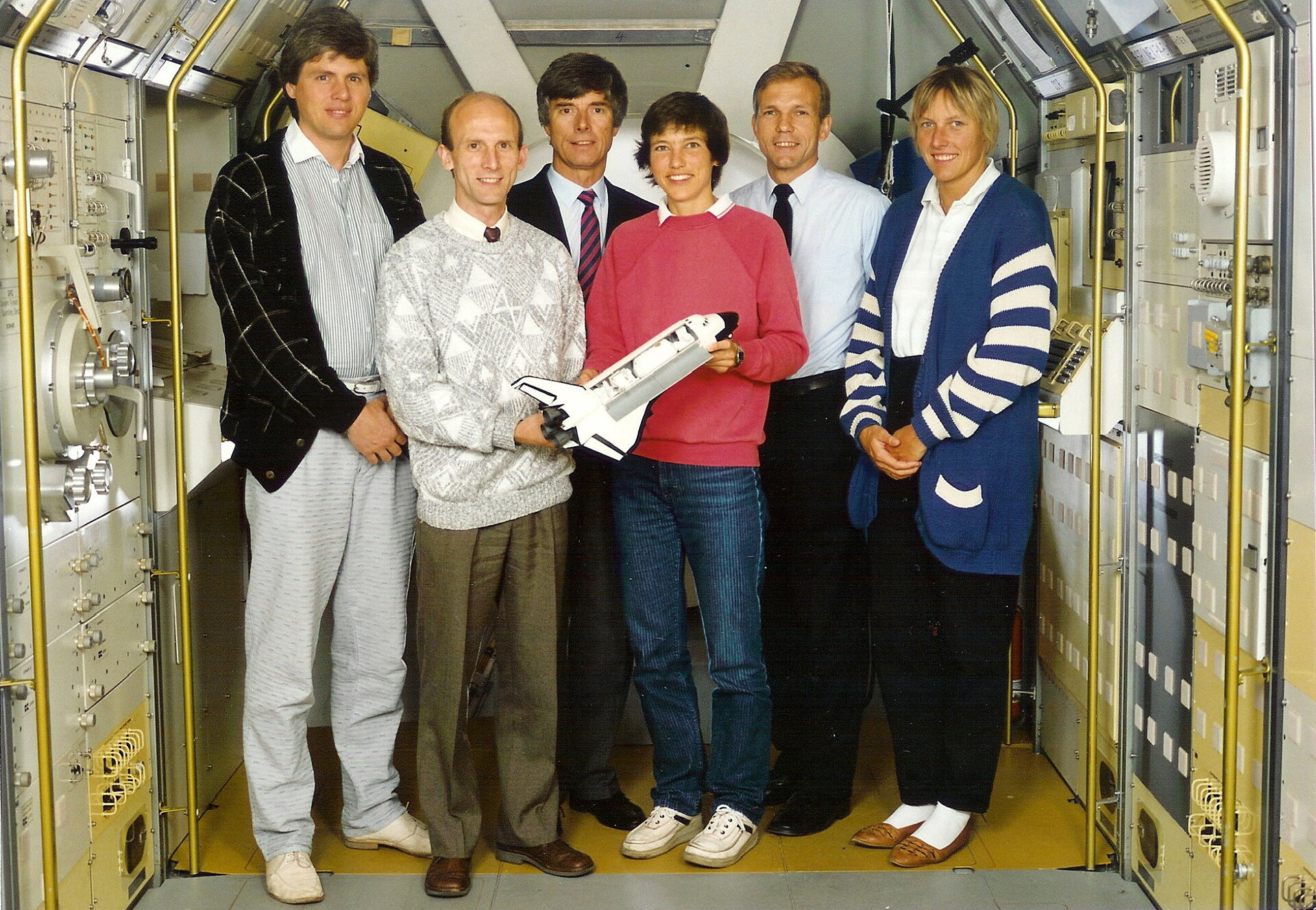 The first call for Shuttle Payload Specialists came in 1977, in Europe and the US, for one place on board the first Spacelab mission. Each of ESA’s 12 Member States conducted a national selection process. There were several female candidates, but none were selected as the final four European astronauts.

After the success of Spacelab-1 in 1983 and Spacelab-D1 in 1985, the DLR German space agency began another selection process for the German Spacelab-D2. This group included two women, Renate Brummer and Heike Walpot, who served in backup roles for this flight.

By 1989, ESA was ready for another selection and wanted to expand its astronaut corps for flights on the planned Hermes spaceplane. Member States were again invited to submit candidates, and 60 applicants were screened. Some were members of national astronauts teams, such as Claudie Haigneré (née Deshays) of CNES, and some had already flown in space, such as the UK’s Helen Sharman. Sharman was the first European woman in space on Soyuz TM-12 in 1991, and Claudie would later become the first French woman in space in 1993 and ESA’s first female astronaut in 2001.

In 1992, ESA named its six astronauts, and they included Marianne Merchez from Belgium. Merchez trained in the ESA astronaut corps for two years, but resigned for personal reasons.

ESA’s astronaut class of 2009 included Samantha Cristoforetti who is set to be launched to the International Space Station in 2014.

When Samantha Cristoforetti is launched into space in November 2014, she will be the 59th woman and the second ESA female astronaut in space. A captain in the Italian air force, Samantha has logged more than 500 hours of flying time on six types of military aircraft. She completed basic training in 2010 and will be part of the Expedition 42/43 long-duration mission to the International Space Station.

Whether they see themselves as heroes or not, Samantha and her colleagues will be inspiring a whole new generation of youngsters, both boys and girls, to reach for the stars.