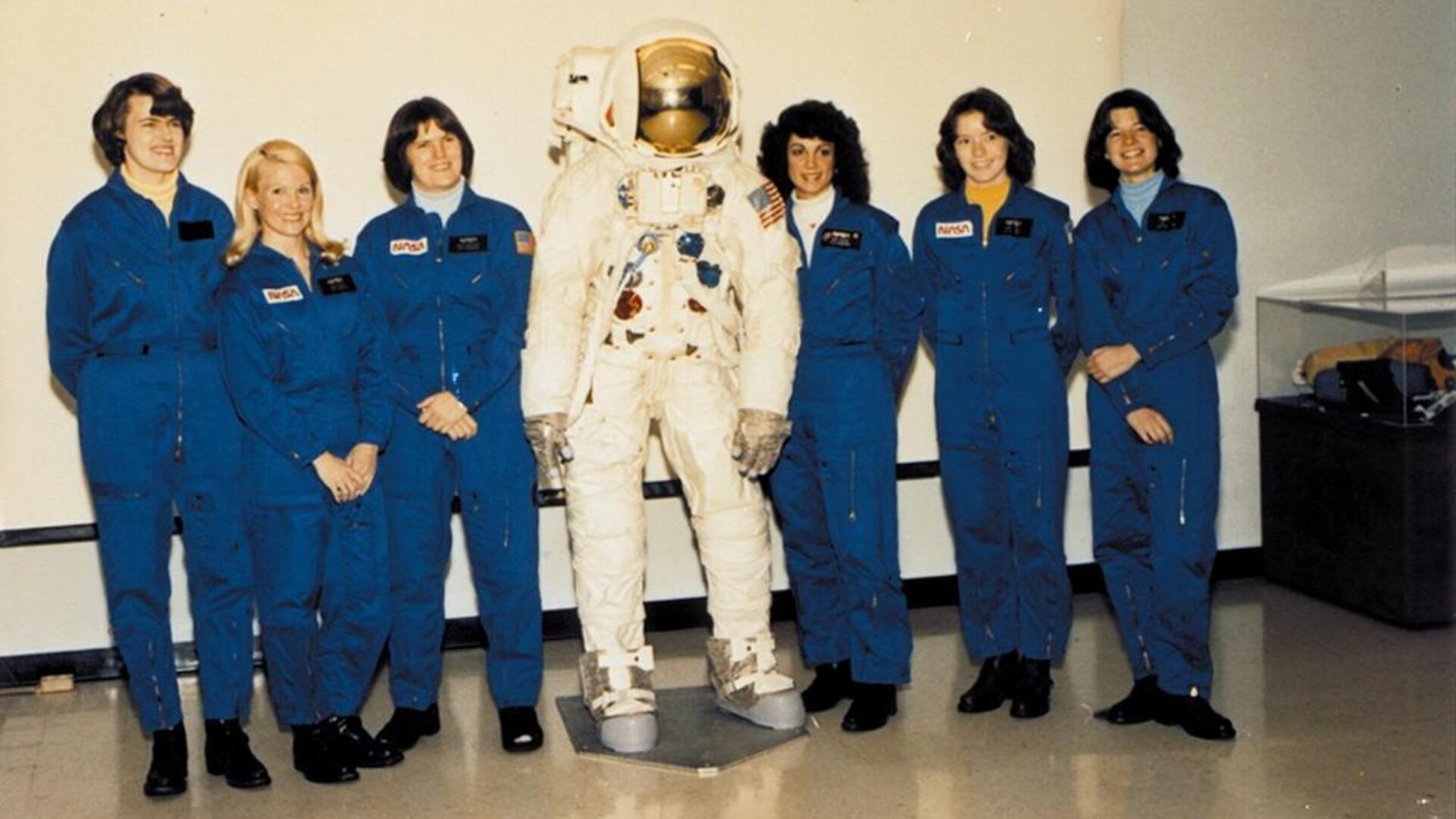 When NASA’s 1978 astronaut class was selected, it was notable for many reasons, including having the first African–American and first Asian–American astronauts. And it was the first to include women.

The US Space Shuttle was an entirely new human spaceflight programme that became a watershed for cultural diversity, especially within NASA. The Shuttle had created the opportunity to broaden the selection of astronaut candidates to include skills other than jet flying. A new type of astronaut was introduced: the mission specialists, who were researchers with advanced scientific or technical degrees.

By the end of the 1970s, it was possible to select the first American women astronauts because the applicant pool now included a greater proportion of women with research degrees (PhDs or MDs) than had previously existed.

The Shuttle programme also had substantial cultural impact outside the world of spaceflight. The new women astronauts drew a lot of attention from the media and the public, but as Sullivan explained, “We didn’t want to become ‘the girl astronauts,’ distinct and separate from the guys. All of us had been interested in places that were not highly female, and just wanted to succeed in the environment, at the tasks, and at all the other dimensions of the challenge.”

Yet NASA and those pioneering women astronauts still faced many challenges, not least from mindsets slow to adapt to the changing roles of women. The six women sometimes faced embarrassing situations by being NASA ‘firsts’. Ride related one such story: “The engineers at NASA, in their infinite wisdom, decided that women astronauts would want makeup, so they designed a makeup kit. A makeup kit brought to you by NASA engineers. You can just imagine the discussions amongst the predominantly male engineers about what should go in a makeup kit.”

The story was similar on the other side of the Iron Curtain. Though the Soviet Union had sent the first two women into space, only three of all the women in space have been Russian or Soviet. Much like NASA’s transformation was a consequence of social changes from the 1960s onwards, in the 15 years since the selection of the first Soviet female cosmonauts, the Russian space programme had also changed.

The 1970s in Russia had also seen a rise in the number of women with qualifications in science and engineering. By the time the next group of female cosmonauts was being selected in 1979, a specialisation in a technical field was a requirement. This group included Svetlana Savitskaya, an aeronautical engineer and civilian test pilot.