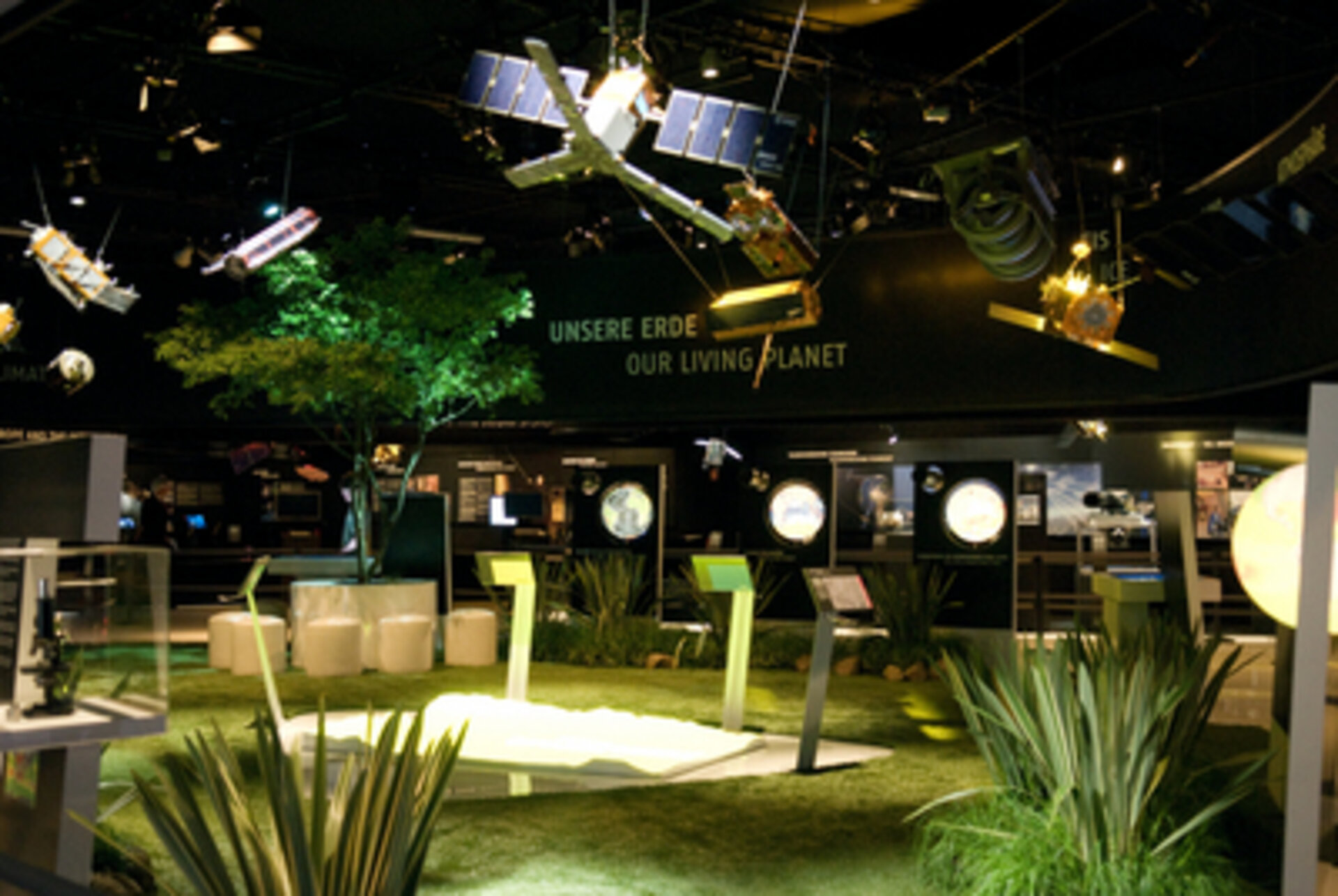 ESA, the German Federal Ministry of Economics and Technology, the DLR German Aerospace Center and the German Aerospace Industries Association will be exhibiting in the ‘Space for Earth’ space pavilion at the ILA Berlin Air and Space Show on 11–16 September.

ILA is one of the world’s largest aerospace trade shows, organised every two years by the BDLI aerospace industries association.

This year, it will take place in its new premises at the Berlin Expo-Center Airport close to the Berlin–Schönefeld new international airport.

ESA’s newest Member State, Poland, will be the special partner country of ILA 2012.

The ESA–BDLI–DLR space pavilion in Hall 4 will bring together key players from international space agencies and industry, professionals and trade visitors interested in discovering the latest aerospace developments and new business opportunities.

At a time of economic challenge, space has proven to be an engine of economic development and growth, an anchor of stability and a counterbalance to negative trends.

Space-based services are also a part of our daily lives, representing a growing element of the economic and societal value of space.

In November, Ministers responsible for space will be called to take important decisions on future ESA programmes.

The exhibition at ILA provides an overview of the main programmes and activities to be tabled at this ESA Council at Ministerial Level, and will underline the importance of space systems and applications to face global challenges, improve our understanding and knowledge, and bring benefits to Earth.

Visitors will learn how ESA develops a wide range of telecom services and applications to provide space-based solutions efficiently and seamlessly over almost every region of our planet in fields such as air traffic management and maritime surveillance.

ESA is also supporting competitiveness of the satellite telecom industry with the upcoming launches of Alphasat, flying on Alphabus, the first European large platform for high-power telecom satellites and of Small GEO, a new generation of modular and flexible telecom platforms.

Visitors to the pavilion can learn more about space-based services provided to aviation by EGNOS, the European Geostationary Navigation Overlay Service, operational since March 2011, and about the Galileo constellation, with two further satellites to be launched later this year.

ESA’s Earth observation satellites have given Europe a leading role in understanding our planet, weather and climate change, providing data and services to a vast community of users and assisting emergency management.

Satellite maps and data that have been produced under the International Charter on Space and Major Disasters will be displayed at ILA. This ground-breaking agreement was co-founded with many other space agencies by ESA in 2000, to make near-realtime satellite data available to civil protection agencies around the world.

A special exhibit will focus on the first two Sentinel satellites, part of ESA’s main contribution to the space segment of the EU’s Global Monitoring for the Environment and Security initiative, GMES.

From their special vantage point, satellites continuously monitor Earth and its natural processes, bringing critical information how climate, gravity and the magnetic field affect our planet and detecting changes in the atmosphere, land, oceans and ice.

New data from ESA’s CryoSat ice mission and Swarm, the next mission to be launched in the series of state-of-the-art Earth Explorers, will be displayed.

The exhibition will highlight how breakthroughs in technology and science have brought us greater knowledge of our own planet and its unique place in the Solar System.

Because of its physical similarities with Earth, Mars is a primary target for the search for life in the Solar System.

A simulated Mars terrain will feature scale models of the three elements of ExoMars, ESA’s next mission to the Red Planet, which will include a trace-gas orbiter with an entry, descent and landing demonstrator module, and Europe’s first Mars rover.

The space pavilion will highlight cutting-edge space technology developed in Europe and Germany now flying on the International Space Station, and innovative scientific results from experiments carried out in ESA’s Columbus and other laboratories.

Studies under way on future human exploration missions beyond the low orbit of the Space Station will be featured, including the European Lunar Lander, which will land with pinpoint precision near the Moon’s south pole, where ice water could be present.

The knowhow that Europe has acquired over the last 40 years with the wealth of results from its current planetary missions and from the Space Station are providing a basis for preparing future missions to the Moon and Mars, crucial to developing technologies and science for the human exploration of new horizons.

The ‘Space for Earth’ theme of the pavilion will also be central to a presentation of ESA’s Space Situational Awareness preparatory programme. This will provide Europe with services to protect its space systems, ground infrastructure and population against hazards from orbital debris, space weather and potential asteroid impacts.

Modern life is increasingly dependent on services that rely on space-based technologies, and today Europe is guaranteed access to space and offers services to customers worldwide through a versatile family of launchers: Ariane 5, Vega and Soyuz from Europe’s Spaceport in French Guiana.

Throughout the week, the space pavilion will host a number of presentations and events, including a dedicated Space Day conference on Wednesday 12 September. ILA is open to trade visitors from Tuesday 11 to Thursday 13 September and to the general public from Friday 14 to Sunday 16 September.