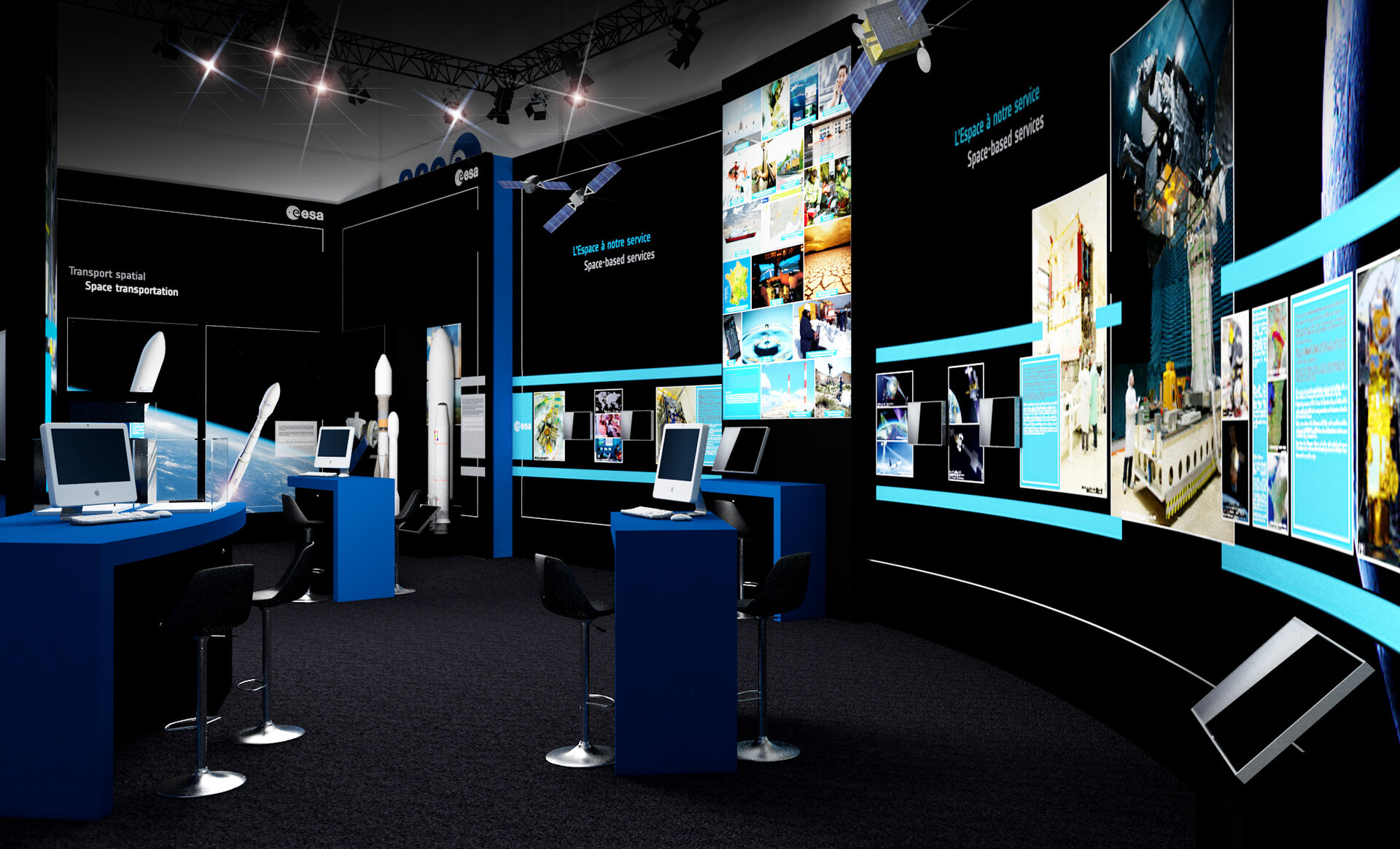 The 52nd Paris Air and Space Show 2017 at Le Bourget will open its doors on Monday, 19 June. ESA will present its programmes in a dedicated exhibition pavilion between the two full-scale models of the Ariane 1 and Ariane 5 launchers near the permanent Air and Space Museum.

The ESA pavilion will feature ambitious European missions and projects across all space domains, with a focus on recent achievements and upcoming endeavours.

Central to this presentation will be what ESA Director General Jan Woerner defines as ‘Space 4.0’, an era in which the space sector evolves from being the preserve of the governments of a few spacefaring nations to a new reality, with an increased number of diverse space actors around the world, from public to private, from local to global, from academia to citizens.

Accordingly, ESA will be highlighting projects ranging from space science and technology to future plans for human spaceflight, robotic exploration and from space transportation systems to space-based services and applications.

Thematic talks will take place each day in the central forum with Space 4.0 as the overarching vision, focusing on:

A full programme of events in the ESA pavilion from 19–25 June can be found here.