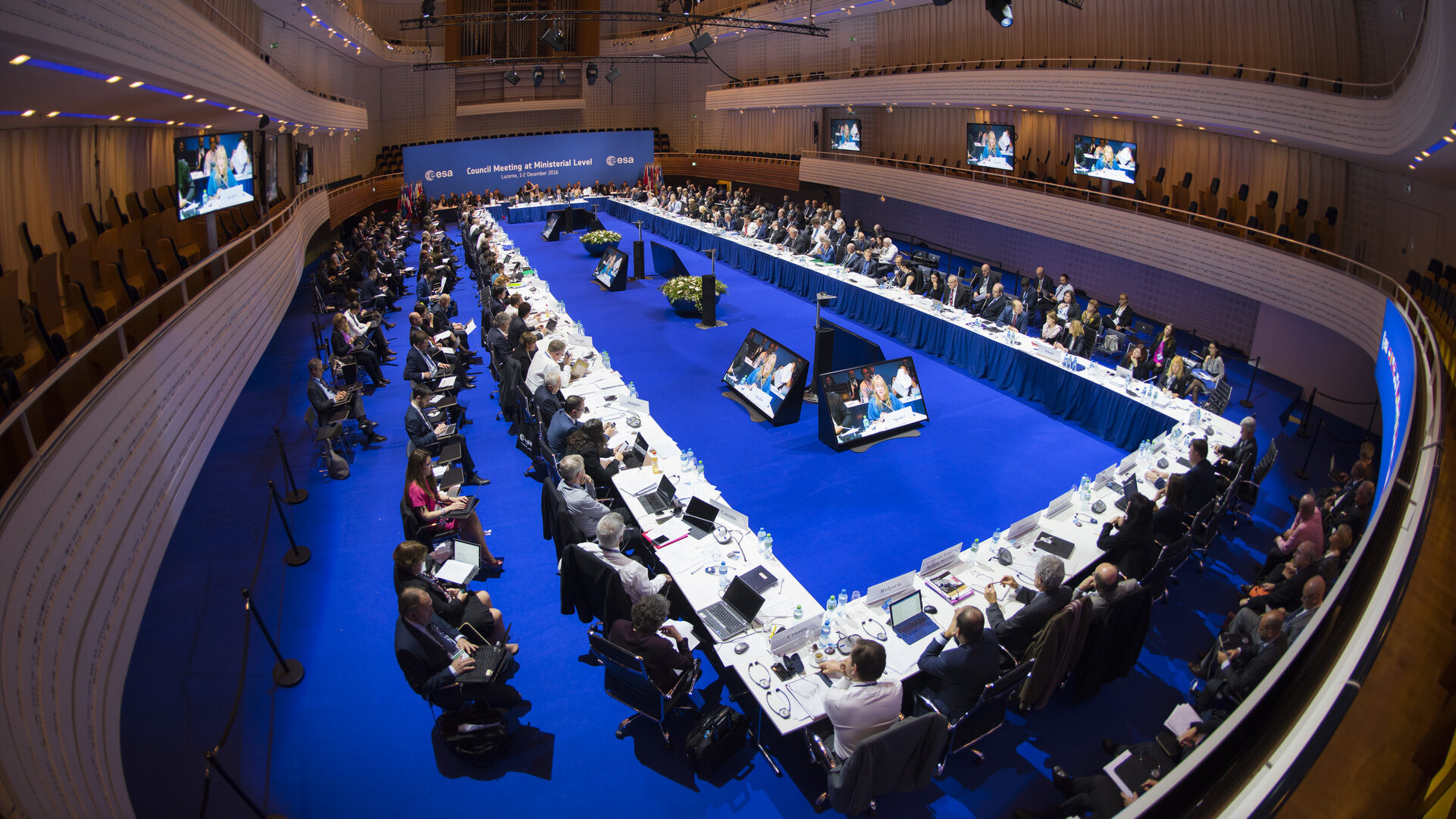 ESA today concluded a two-day Council meeting at ministerial level in Lucerne, Switzerland. Ministers in charge for space  matters from ESA’s 22 member states plus Slovenia and Canada allocated €10.3 billion for space activities and programmes based on the vision of a United Space in Europe in the era of Space 4.0.

The high level of subscriptions demonstrates once more that ESA’s Member States consider space as a strategic and attractive investment with a particularly high socio-economic value.

It also underlines that ESA is THE European Space Agency capable of channeling their investment to respond effectively to regional, national and European needs by covering all elements of space: science, human spaceflight, exploration, launchers, telecommunications, navigation, Earth observation, applications (combining space, airborne and terrestrial technology), operations and technologies; as well as responding to the needs and challenges of Europe and the Member States by bringing together all stakeholders.

Ministers confirmed the confidence that ESA can conceptualize, shape and organize the change in the European space sector and in ESA itself. While also acting as a global player, broker and mediator at the centre of international cooperation in space activities, in areas ranging from the far away in exploration (with the concept of a Moon Village for instance) to supporting closer to home the international global climate research effort following the Paris Agreement of 2015.

At this summit, Ministers in charge of space matters have declared support for ESA’s Director General’s vision for Europe in space and the role and development of ESA: now the Space 4.0i era can start with ESA committing to inform, innovate, interact and inspire. And, building on commercialization, participation, digitalization, jobs and growth, the concept of “United Space in Europe” will soon become a reality.

The following Resolutions were adopted:

Additionally, a Resolution on setting up the “ESA Grand Challenge” was approved in regular Council on 30 November.

The sums allocated by Ministers to allow ESA to reach its future goals can be summarized as follows:

Maximise the integration of space into European society and economy
Amount: €2.5 billion

Ensure European autonomy in accessing and using space in a safe and secure environment
Amount: €1.8 billion

The same amounts can also be seen spread in a more traditional approach by programme families.

The figures above include Member States' additional subscriptions to already-running optional programmes not tabled at the Ministerial.

Next Council at Ministerial Level
Ministers decided to hold the next Council at ministerial level during late 2019 in Spain under the Chairmanship of Luis de Guindos, Minister of Economy, Industry and Competitiveness.

By coordinating the financial and intellectual resources of its members, ESA can undertake programmes and activities far beyond the scope of any single European country. It is working in particular with the EU on implementing the Galileo and Copernicus programmes as well as with EUMETSAT for the development of meteorological missions.