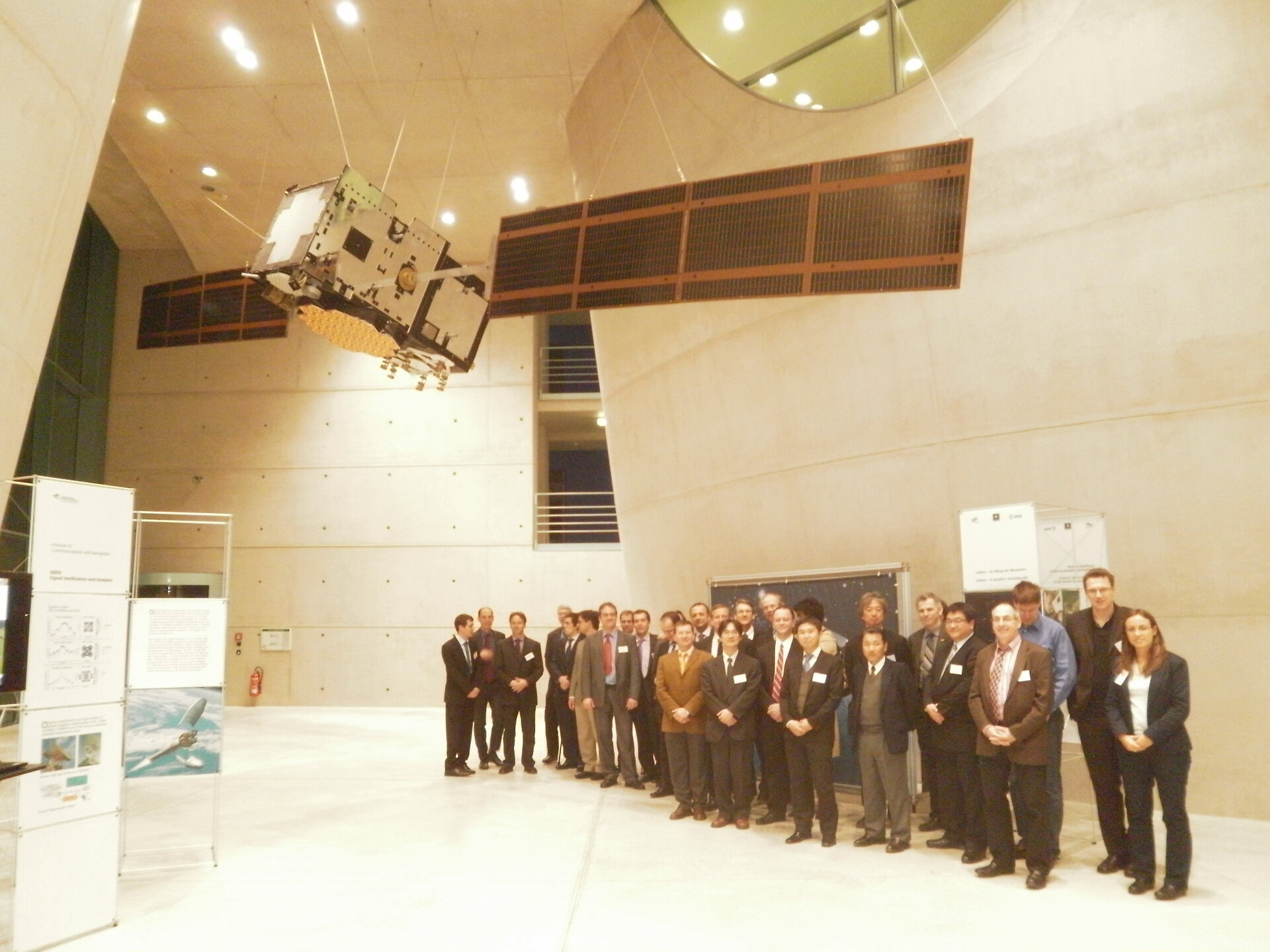 Programme managers and technical experts overseeing four of the world’s regional satellite navigation augmentation systems met this week, with ESA coordinating the participation of stakeholders in Europe’s own EGNOS system.

The improvement makes satnav suitable for the vertical guidance of aircraft and a range of other precision applications.

Today there are three certified SBAS operational worldwide: Europe has the European Geostationary Navigation Overlay Service, EGNOS, designed and developed by ESA, operated by the European Satellite Service Provider, ESSP, and owned by the European Commission. EGNOS was made available for general users in 2009 and for aircraft landing approaches in March 2011.

The US has the Wide Area Augmentation System (WAAS), developed and operated by the Federal Aviation Administration (FAA), with an extension over Canada called CWAAS (Canadian WAAS).

The IWG was set up by the FAA and ESA in 1997 as WAAS and EGNOS were in development.

In 2008 the members extended the group’s terms of reference to develop a shared vision for the future generations of these systems. This 22nd meeting saw the members compare the status and performance of their systems, while also hearing observations from SBAS end-users such as airlines and aircraft manufacturers.

They also discussed preparing future shared SBAS standards. Among the most important achievements of the two-day meeting was the preliminary definition of a common SBAS message based on dual GPS and Galileo signals, with the aim of extending coverage to achieve quasi-global service by 2020.

This work will be followed up in the next IWG meeting, taking place in June.

EGNOS is the first pillar of Europe’s navigation programme, undertaken by ESA and the EC – the second being the Galileo satellite navigation system, the first two satellites of which were launched last year.

ESA designed, developed and qualified EGNOS before handing it over to the EC to be operated by ESSP. The Agency is now acting as the design and procurement agent on behalf of the EC for all major EGNOS system changes throughout its operational lifetime.

In parallel, ESA is running the GNSS Evolution research and development programme, preparing for the next-generation EGNOS V3 around 2020, which will augment both GPS and Galileo and extend services beyond Europe to Africa.

Meanwhile, EGNOS is increasing its coverage. An important milestone was achieved on 13 January with the operational deployment of an EGNOS monitoring station in Agadir, Morocco.